How to Collect Modern and Contemporary Art: Your Guide to Upcoming Highlights

Whether you’re a new collector seeking an affordable entry point or a seasoned expert looking for a fresh addition to your collection, Freeman’s auctions offer a range of options. With focused insight from our specialists, our Collector’s Guides help you navigate the market to find the perfect piece. Here, Freeman’s Modern and Contemporary Art department weighs in on highlights from its upcoming auction. 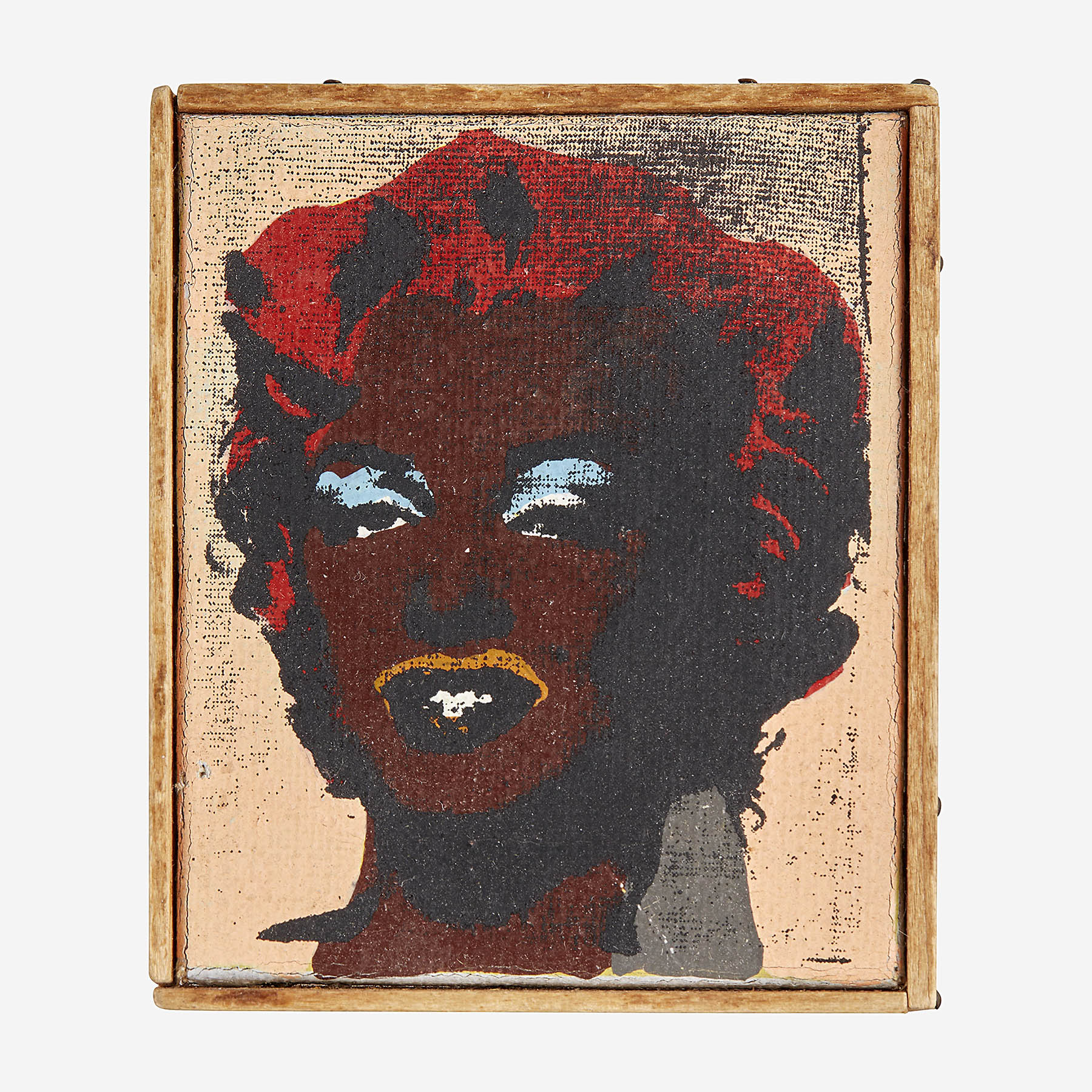 Andy Warhol, the most heralded of the 1960s Pop artists, was said to have referred to art as “what you can get away with.” It should come as no surprise, then, that he attracted the likes of Richard Pettibone, whose own oeuvre is populated by miniature replicas of existing works by 20th-century artists. Pettibone has playfully and critically appropriated the work of such artists as Constantin Brancusi, Roy Lichtenstein, and Jasper Johns, among others—and, of course, Warhol himself. In many ways, Warhol’s body of work seems a natural choice for an appropriative artistic process like Pettibone’s—after all, he was an incredibly prolific creator who was interested in mass-production through use of techniques like screen-printing, and was invested in debunking notions of authenticity and “the original.”

What are Warhol’s Trademarks? 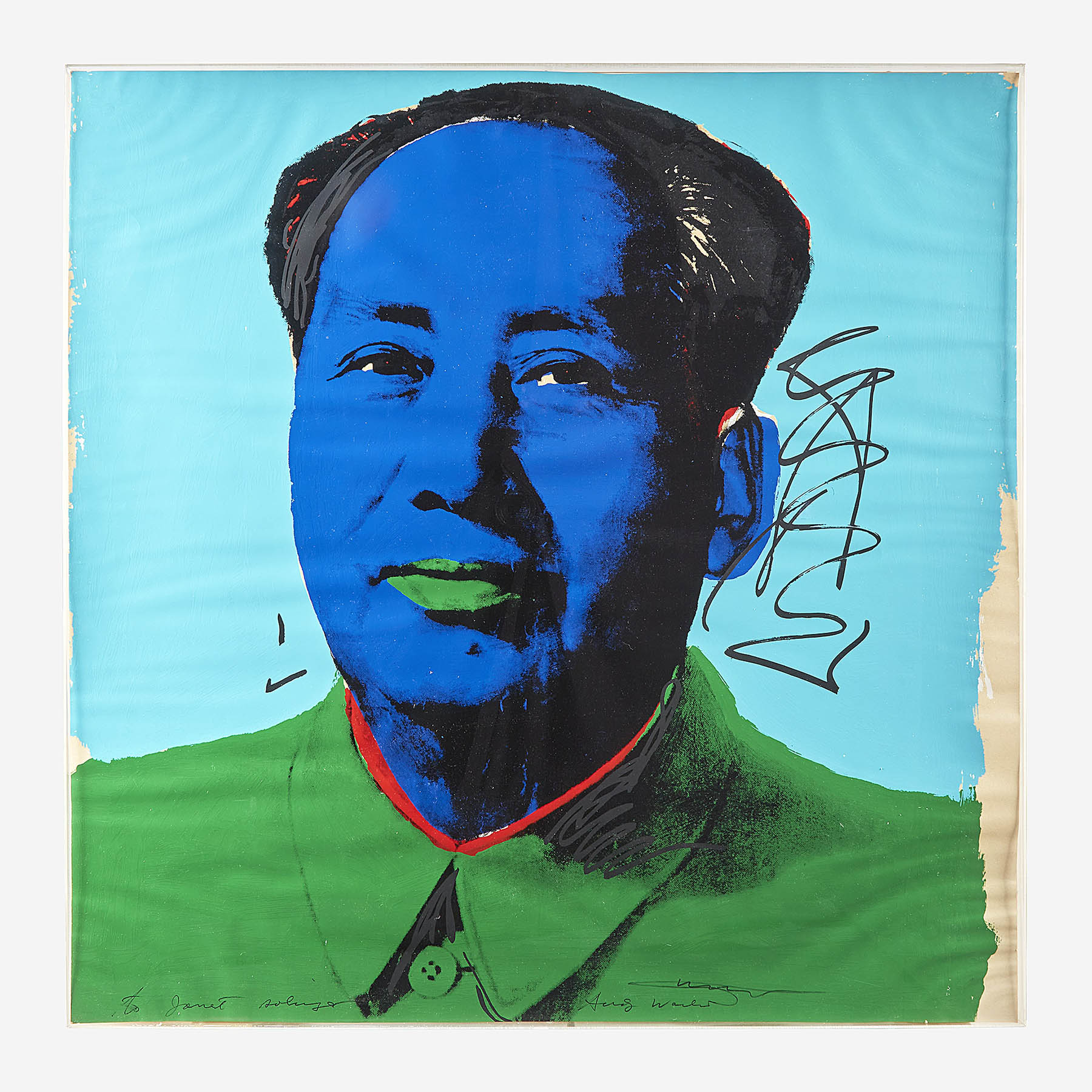 Freeman’s May 11 Modern and Contemporary Art auction features both Andy Warhol’s 1972 Mao and Richard Pettibone’s Andy Warhol, Marilyn Monroe—but Pettibone has repurposed countless Warhol images, from Elvis and Elizabeth Taylor to Warhol’s iconic soup cans and Brillo boxes. This method presents a fascinating dilemma for art historians and collectors alike: how does one tell these works apart? “The Pettibone has a distinctive, intimate handmade frame that belies the spirit of the factory-made, mass-produced prints and screen-printed canvases that Warhol is so well known for,” remarks Anne Henry, Senior Specialist in Freeman’s Modern and Contemporary Art department. Warhol’s Mao, which the artist modeled from the leader’s official state portrait, has several telltale characteristics that differentiate Warhol’s work from others. The portrait, Henry continues, “offers an unusual opportunity to buy a print that the artist has signed twice and also dedicated to its original buyer, Janet Solinger, on the bottom edge. Verso, the work has the expected ballpoint pen signature of the artist, his copyright stamp, and is stamp-numbered with a recognizable rubber stamp.”

It’s rare to experience the work of a public artist in one’s domestic space, but Freeman’s May 11 Modern and Contemporary Art auction provides just that opportunity. The auction features small bronze works by Allan Houser and Tom Otterness, two artists best known for their large-scale interventions in public space. 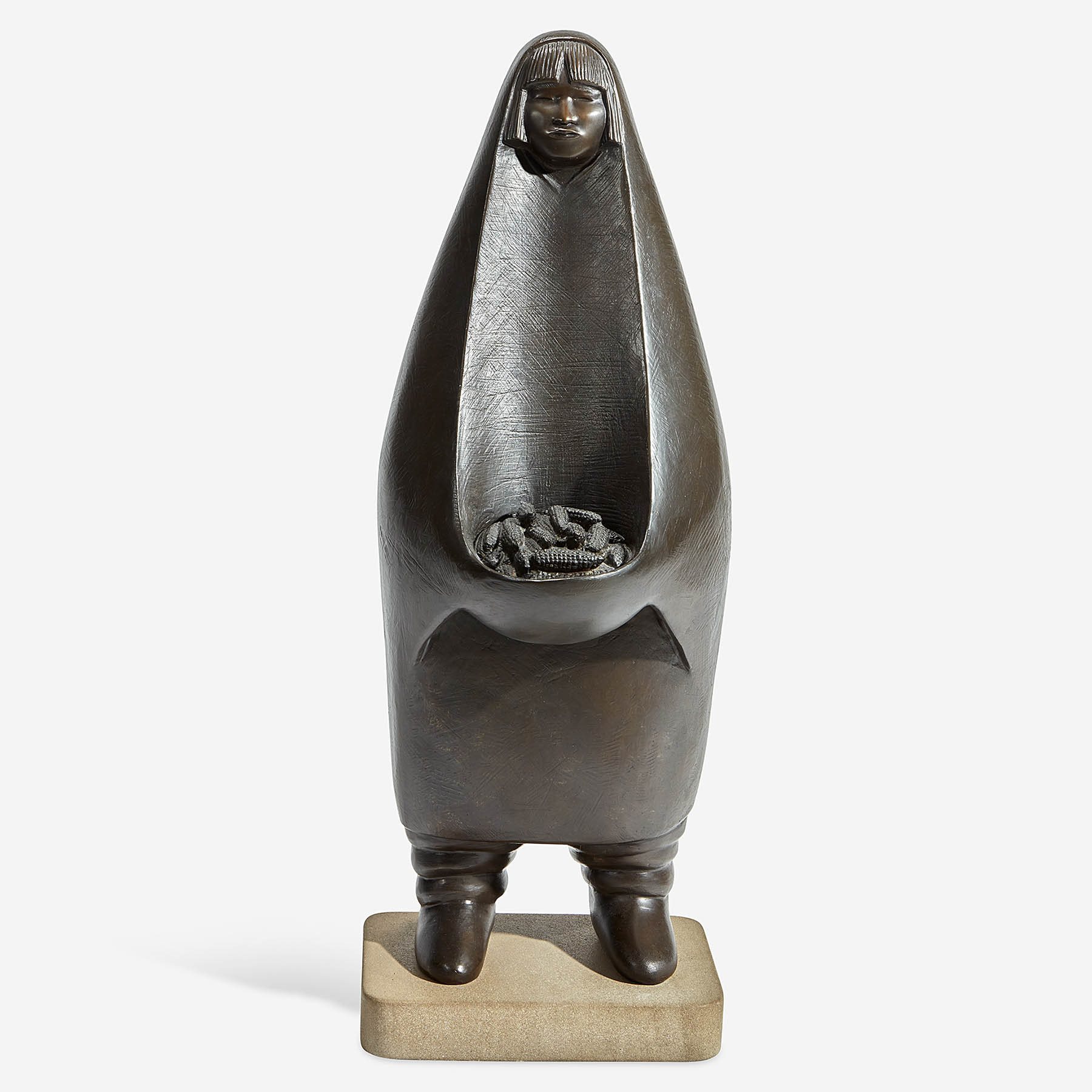 Allan Houser’s public monuments and sculptures are positioned all over the country, particularly in the American Southwest, where he spent much of his life. An artist of Chiracahua Apache descent, much of Houser’s work pays homage to Native ancestry and ways of life—though as his career progressed, he increasingly turned to simple, abstract sculptural forms. Corn Harvest, part of Modern and Contemporary Art, strikes a balance between these two impulses: the small bronze figure is almost abstracted from the back, but the sculpture’s front side features simple, elegant lines illustrating a small face and, beneath, a pouch or basket piled high with ears of corn. Houser frequently worked at a scale that was larger than life; Corn Harvest offers the unique chance to appreciate the artist’s work on a much more intimate level. 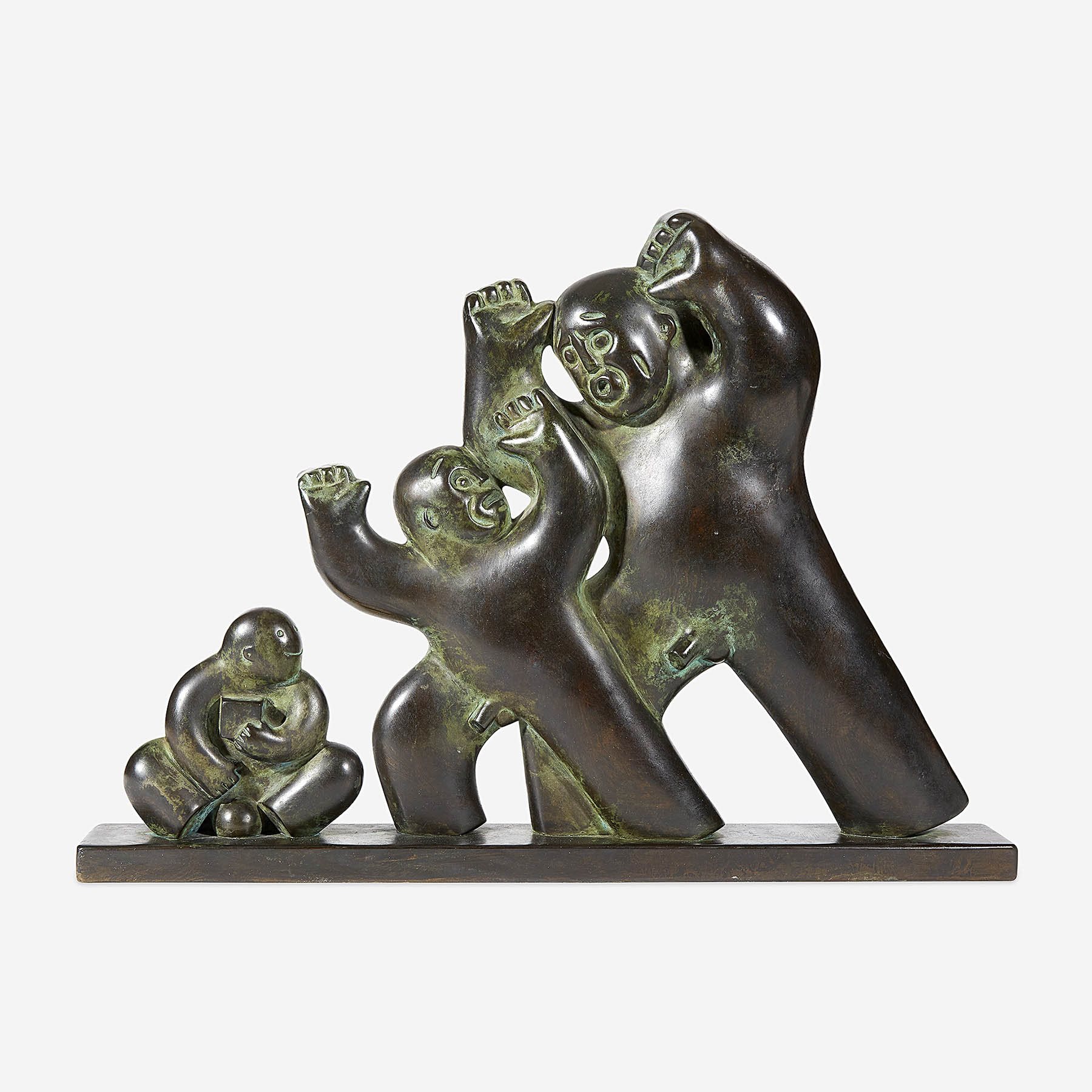 Like Houser, American artist Tom Otterness often sculpts with a public audience in mind—though you may be more familiar with Otterness’s work if you happen to live in New York City, where so many of the artist’s statues have been stationed. Otterness also works primarily in bronze; his figures are bulbous and cartoonish, often depicting scenes of social domination by the ultrarich that playfully deflate the egos of capitalists. Otterness works on both massive and miniature scales—you’re equally likely to see his sculptures towering overhead in a public park or crouching underfoot in a subway station. Angry Father (1984), for all its pathos, stands only a little over a foot tall. Typical of Otterness, Angry Father poses more questions than answers, illustrating a complicated family dynamic full of both innocence and rage, curiosity and terror.