How Did Philadelphia Become the Workshop of the World?

Exploring the history of American craft

Ahead of its November 15 American Furniture, Folk and Decorative Arts auction, Freeman’s looks back on Philadelphia’s history of creative innovation and production. 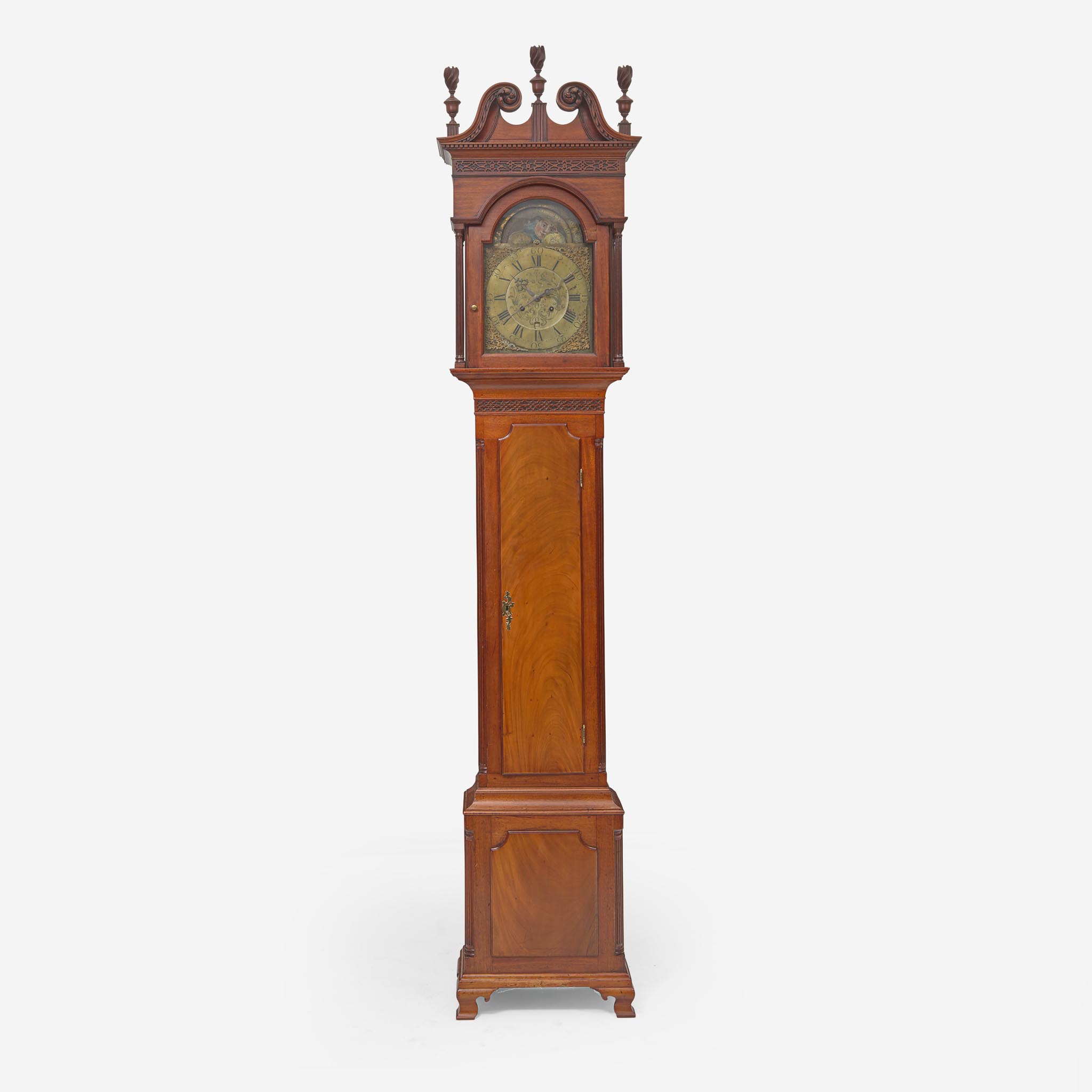 What is it about southern Pennsylvania that drew—and continues to draw—masterful furniture makers, designers, and woodworkers to settle here? From Philadelphia’s founding in 1682, to the heyday of industry and manufacturing in the city in the 19th century, when Philadelphia was dubbed the “workshop of the world,” through to today, the region has been a hotbed of not just industrial, but also artisanal, creation.

The role of immigration was significant to the development of Pennsylvania’s distinct creative tradition. The influx of styles and talents brought to the region by immigrants can be found in the earliest Commonwealth-made objects. Founder William Penn welcomed those who sought religious tolerance and personal freedom. Immigrant farmers and laborers populated and cultivated the Commonwealth’s vast, fertile land and harvested natural resources, while skilled immigrant craftsmen were welcomed to make fashionable decorative goods for the striving city of Philadelphia. 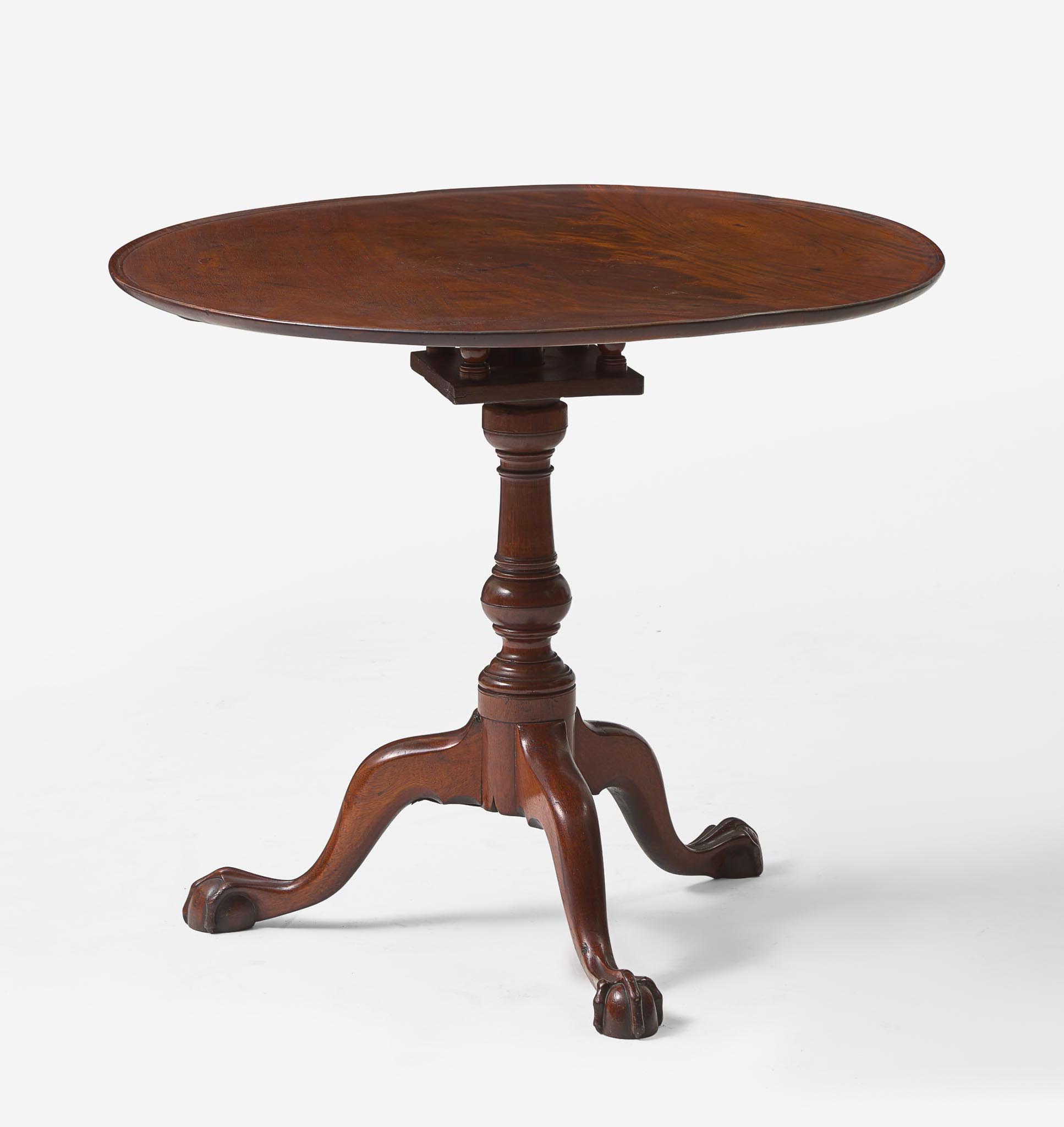 Freeman’s November 15 American Furniture, Folk and Decorative Arts auction features a number of examples of formal Philadelphia furniture—tables, chests, chairs, and clocks made in the Chippendale style that originated in the 18th century. Philadelphia—the largest, wealthiest, and most sophisticated colonial city of the time—attracted a wave of highly skilled immigrant woodworkers and London-trained carvers. These artisans created the finest and most extraordinary examples of American Chippendale furniture. With the prominent use of woods like walnut and mahogany, the ornamental carving and quality of Philadelphia Chippendale furniture surpasses that of all other colonial cities.

One such piece, a Chippendale carved walnut tilt-top tea table (Lot 105), provides a fine case study of the period, from the date of its construction (ca. 1770) and use of material to its dignified yet understated curves, flourishes, and ball-and-claw feet. 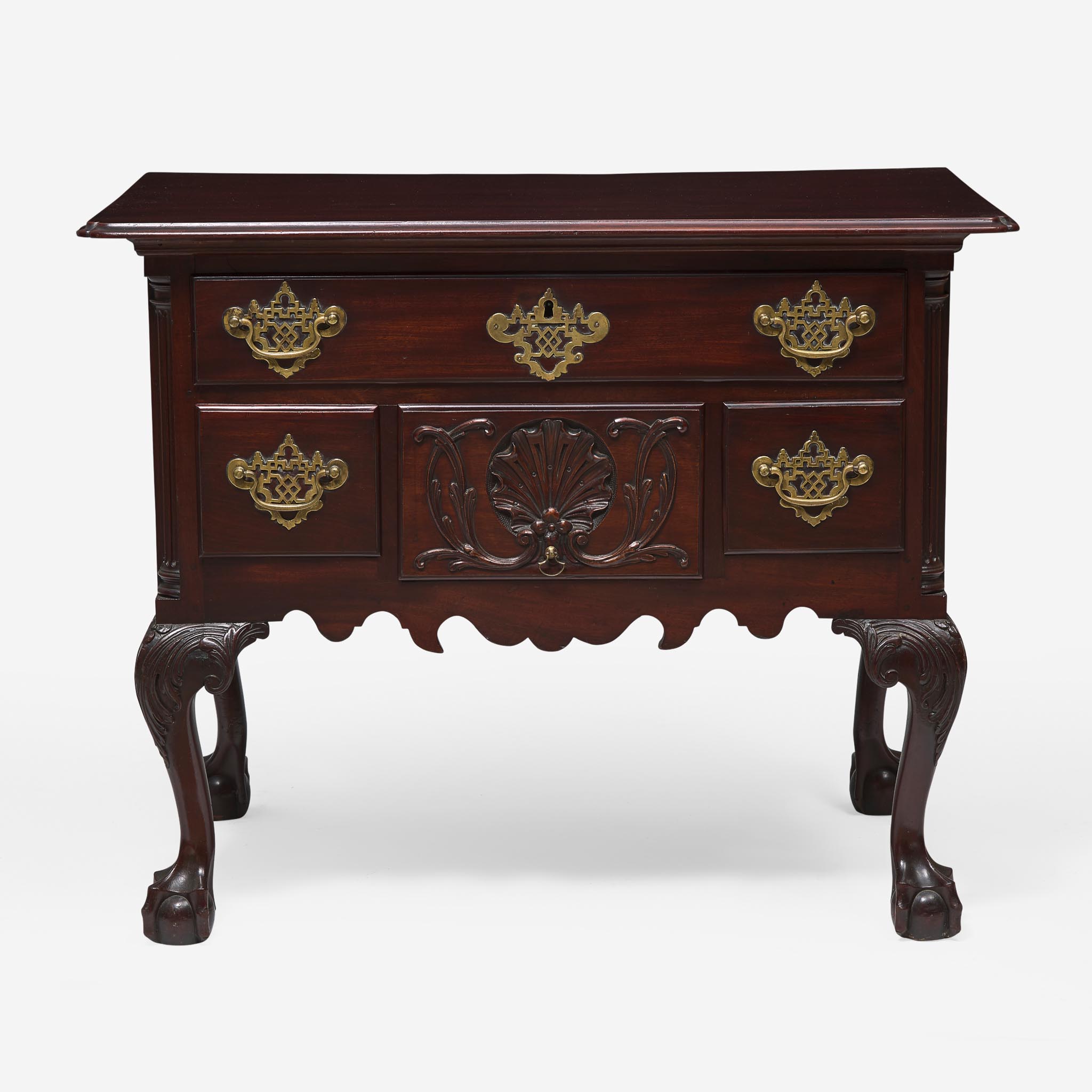 Walnut, chestnut, and cedar are all fundamental to Philadelphia’s preferred woods—both as monikers of major east-west streets, and as the foundation of so much of the city’s furniture production. These readily available native hardwoods were frequently used by early constructors of Chippendale furniture, but Philadelphia’s positioning as a major port city also allowed for fairly easy shipment of non-native imports like mahogany and rosewood. Several works in American Furniture, Folk and Decorative Arts are constructed with mahogany, like a carved dressing table, ca. 1775 (Lot 92), where use of this rich, deeply colored imported wood exaggerates the table’s curved flourishes.

Philadelphia’s port and prominent status as an international “workshop” resulted in the mixing of cultures and traditions as well as material sources; furniture-makers from a number of ethnic and cultural backgrounds commingled in the city’s woodworking studios. Still, studio production tended to assemble around a coherent aesthetic style—such as the one laid out in Thomas Chippendale’s 1754 The Gentlemen and Cabinet-Maker’s Director. As one drifted further north and west away from the center of Philadelphia, however, one was bound to find more regionally specific furniture-making methods and styles, each with their own defining characteristics. 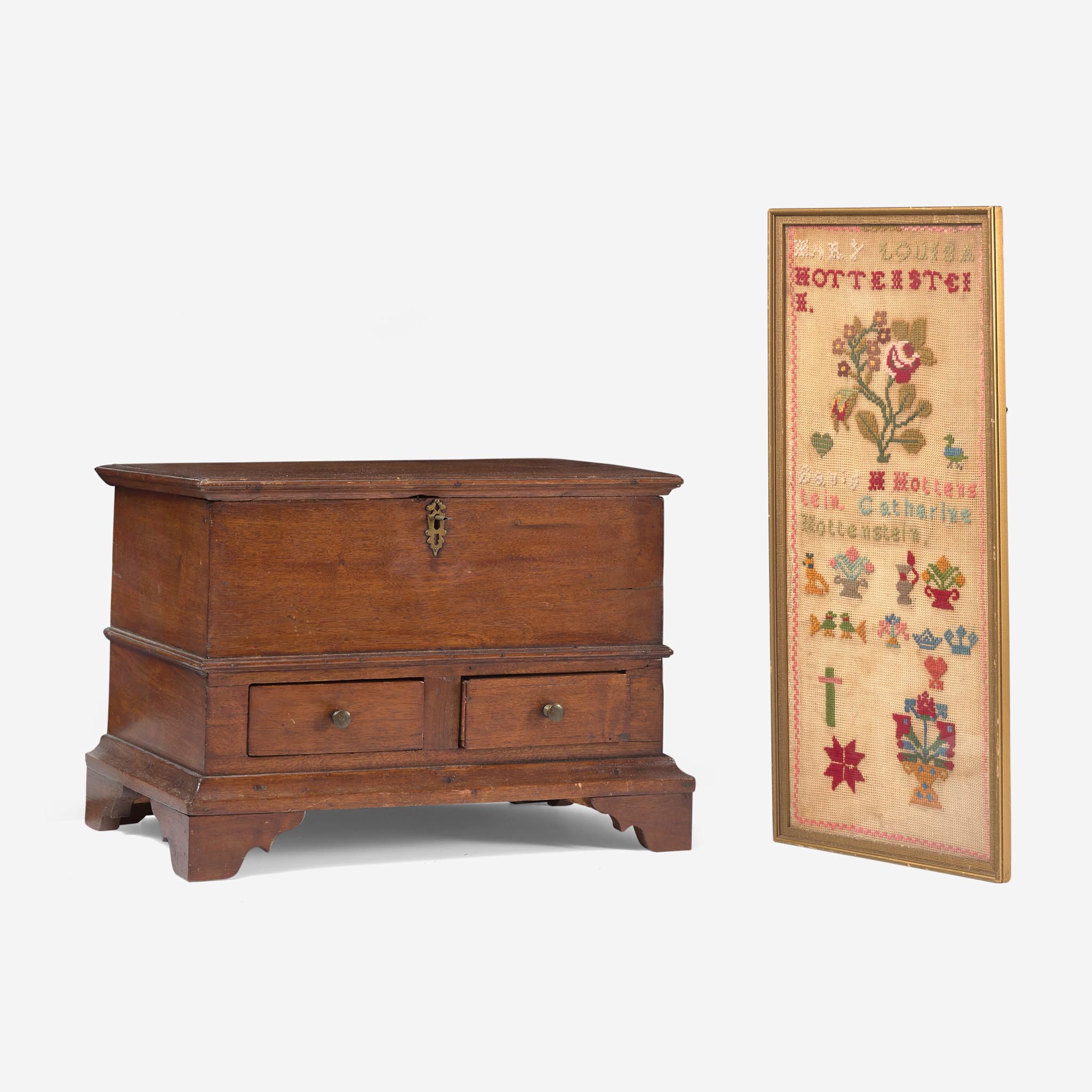 In the direction of Lancaster and Harrisburg, for instance, Pennsylvania German styles of woodworking and ornamentation dominated 18th- and 19th-century interiors. Immigrants from various parts of Continental Europe brought vernacular forms and design traditions to Pennsylvania. One lot in American Furniture, Folk and Decorative Arts marries the two: a miniature Chippendale carved walnut blanket chest, accompanied by a framed, cross-stitched needlework sampler created for the Hottenstein family, German immigrants who settled in Maxatawny Township (Lot 169).

Whether working in urban or rural settings, Pennsylvania-based furniture makers have long gathered inspiration from the beauty of the natural environment and the varied wood material native to the area. Centuries later, the legendary American furniture maker George Nakashima, based out of New Hope, wrote in his 1987 book The Soul of a Tree of “placing stone upon stone, seeking kinship with each piece of wood, eventually creating an inward mood of space, then bit by bit finding peace and joy in the shaping of timber into objects of utility and perhaps, when nature smiles, beauty.” Master 20th-century craftsmen like Nakashima and Wharton Esherick sought inspiration and innovation in the natural environment of Pennsylvania, a tradition forged in the earliest 18th-century furniture-making workshops of Philadelphia that remains strong to this day.

View the rest of our November 15
American Furniture, Folk and Decorative Arts auction.

Have something similar?
Get in touch with our American Furniture, Folk and Decorative Arts department
to request a complimentary auction estimate.