Human, Animal, Other: Highlights from the Pfannebecker Collection

Over a lifetime of collecting American craft, the renowned collector and attorney Robert L. Pfannebecker has followed his own refined sense of not only what is beautiful, but what has the capacity to surprise or invoke wonder. It follows, then, that Pfannebecker’s collection is full of genre-defying ceramics, glass, metalwork, fiber and textile art, furniture, and more—selections of which are on offer in Freeman’s November 18 sale, Modern and Contemporary Craft: Selections from the Robert L. Pfannebecker Collection.

Throughout his collecting career, Pfannebecker has often gravitated toward pieces with a strong narrative quality—as well as those that play with human and animal form in unexpected ways. It’s no surprise, then, that works like Patti Warashina’s Freeing the Bird caught his eye.

The joyful scene, rendered in clay, puts Warashina’s careful attention to the female form on full display; here, a woman covered only in bands of fabric around her head and hips skips forward, smiling, as she releases a long-necked bird into the air and watches it fly away (Lot 40). Though masterfully rendered in clay, Warashina’s scene calls to mind Eadweard Muybridge’s early photographic studies of motion in horses and humans. 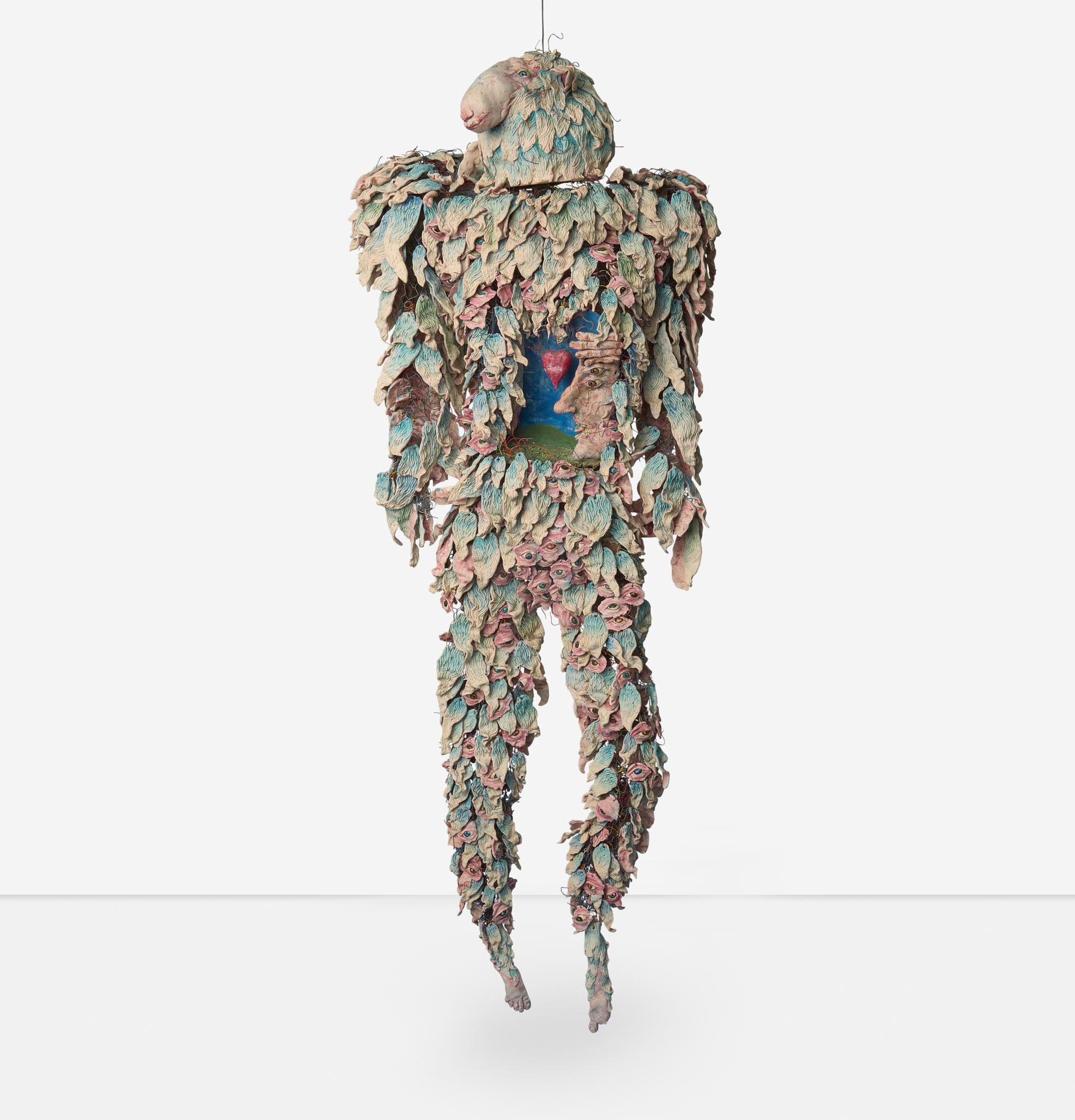 Another artist in the Pfannebecker Collection who pushes the boundaries of ceramics is Michael Lucero, whose Untitled (Devil), an evocative 1977 ceramic sculpture, likewise commingles animal and human form (Lot 39). An intricate sculpture made entirely of earthenware and chicken wire, Untitled (Devil) features detailed overlapping ceramic pieces—designed to resemble fur, eyes, fingers, and more—alongside an ovine head and other human body parts to create a striking, uncategorizable figure. Like Warashina, Lucero blurs the line between ceramics and sculpture, asking the viewer to take in his work as, perhaps, both and neither.

Though many artists in the Pfannebecker Collection use clay as their medium of choice, several—like Philadelphia native Dan Dailey—turn to glass for their groundbreaking explorations of form. Over his decades-long career, Dailey has worked with renowned glass-making brands and companies like Waterford Crystal and Steuben Glass Works, with a longstanding emphasis on functional lighting. His Molar Lamp (Lot 97) marries elegant form with quick wit, at once an eye-catching lamp and a visual pun, denoting human teeth in steel and glass. 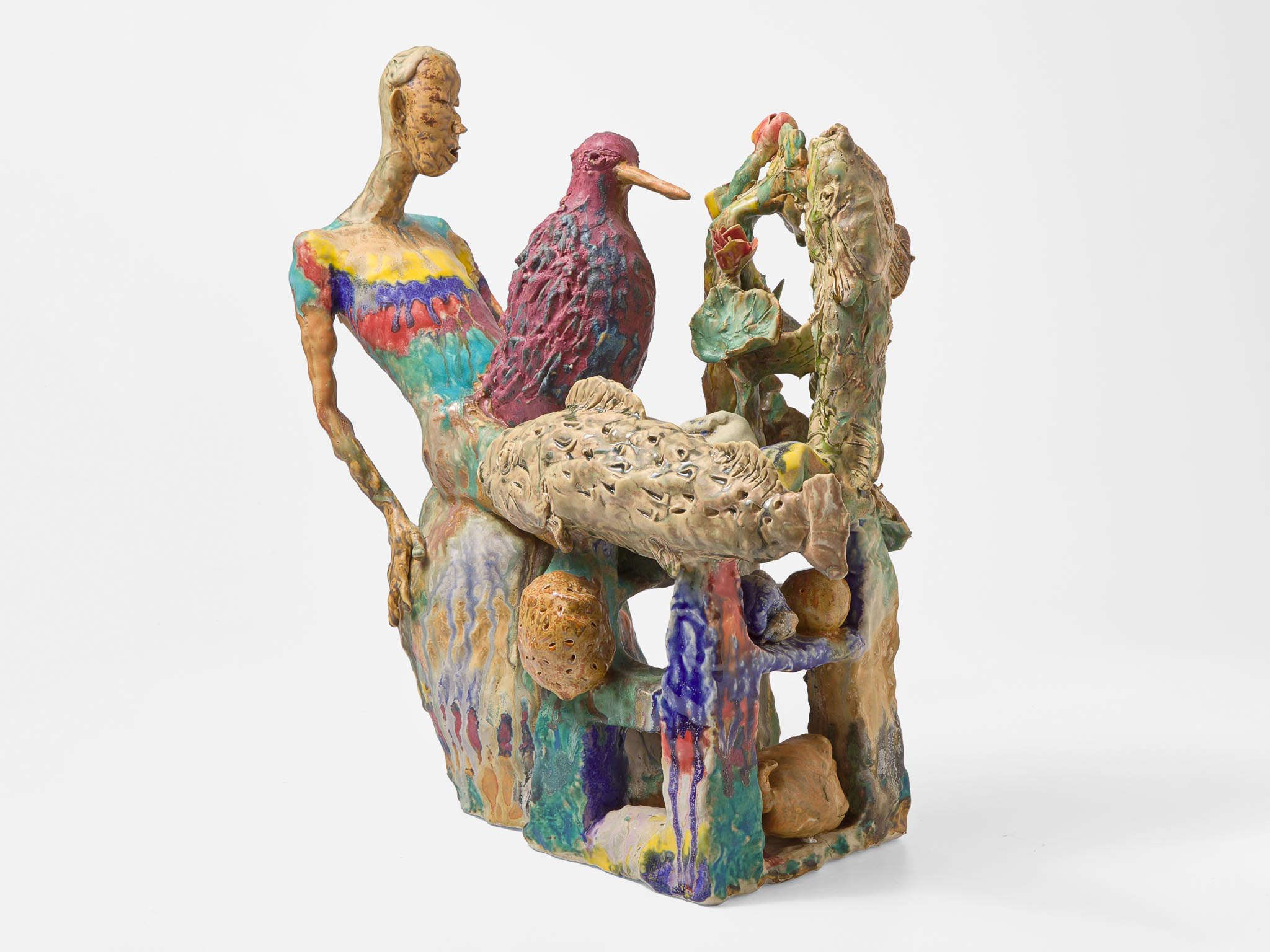 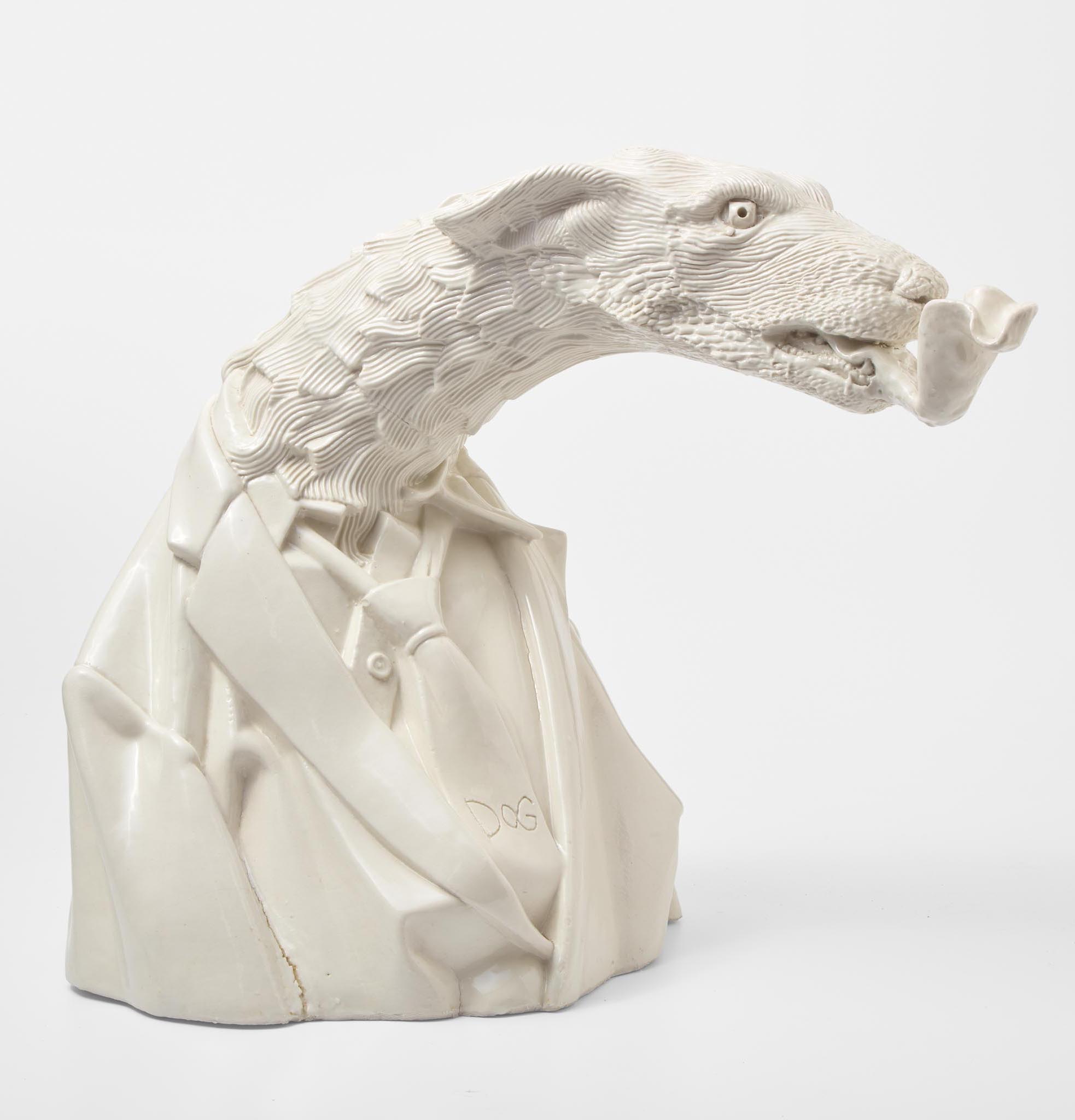 Since the 1980s, Pfannebecker’s extensive collection has been widely regarded as one of the largest and most reputable collections of American craft. Pfannebecker built this esteem by collecting not simply what was beautiful or in vogue, but by following his own unique vision—in his own words, “collectors are risk-takers”—and amassing a collection that in many instances defies easy categorization. In Freeman’s November 18 sale, collectors are the beneficiaries of Pfannebecker’s decades of careful attention to detail, with opportunities to collect works that bend and challenge existing forms.

View the rest of our November 18 Modern and Contemporary Craft:
Selections from the Robert L. Pfannebecker Collection auction.

Get in touch with our 20th Century and Contemporary Design department
to request a complimentary auction estimate.