Introducing: the Collection of Dr. and Mrs. Giraud V. and Carolyn Foster

The collection of Dr. and Mrs. Giraud V. and Carolyn Foster was offered on July 14 as part of Freeman's Gilded Age auction.

From Chinese Export porcelain to British School oil paintings, Freeman’s July 14 Gilded Age auction featured a wide range of lots that exemplify America’s Gilded Age, an era that spanned the years between the Civil War and the early 20th century. Within the auction, Freeman’s offered property from the collection of Dr. and Mrs. Giraud V. and Carolyn Foster, an elegant and eclectic assortment of furniture, framed artworks, and sculpture spanning multiple centuries.

Giraud Foster was a passionate adventurer, physician to foreign rulers, and collector of wide and varied interests. Born to a distinguished East Coast family, Foster’s adventures started early, when—according to a lively article by Ned Oldham for Baltimore Magazine in 2003—ten-year-old Foster participated in a Minute Maid campaign, rafting down the Mississippi River for six weeks. After later stints as a work boy in a Panamanian expedition and lab assistant to a geologist in Peru, Foster pursued medical education at the University of Maryland. At the end of his first year as a resident in the late 1950s, he went to Haiti, where he found ways to work with the local Voodoo healers, even treating then-President Papa Doc Duvalier. On completion of his residency in 1961, he accepted an offer to be personal physician to the last King of Yemen, Al Imam Ahmad bin Yahya Hamididdin (1891-1962). During this time—and later, when the Fosters were living in London—Foster assembled a remarkable collection of South Arabian and Yemini artifacts, many of which were eventually gifted to the Walters Art Museum in Baltimore in 2008. 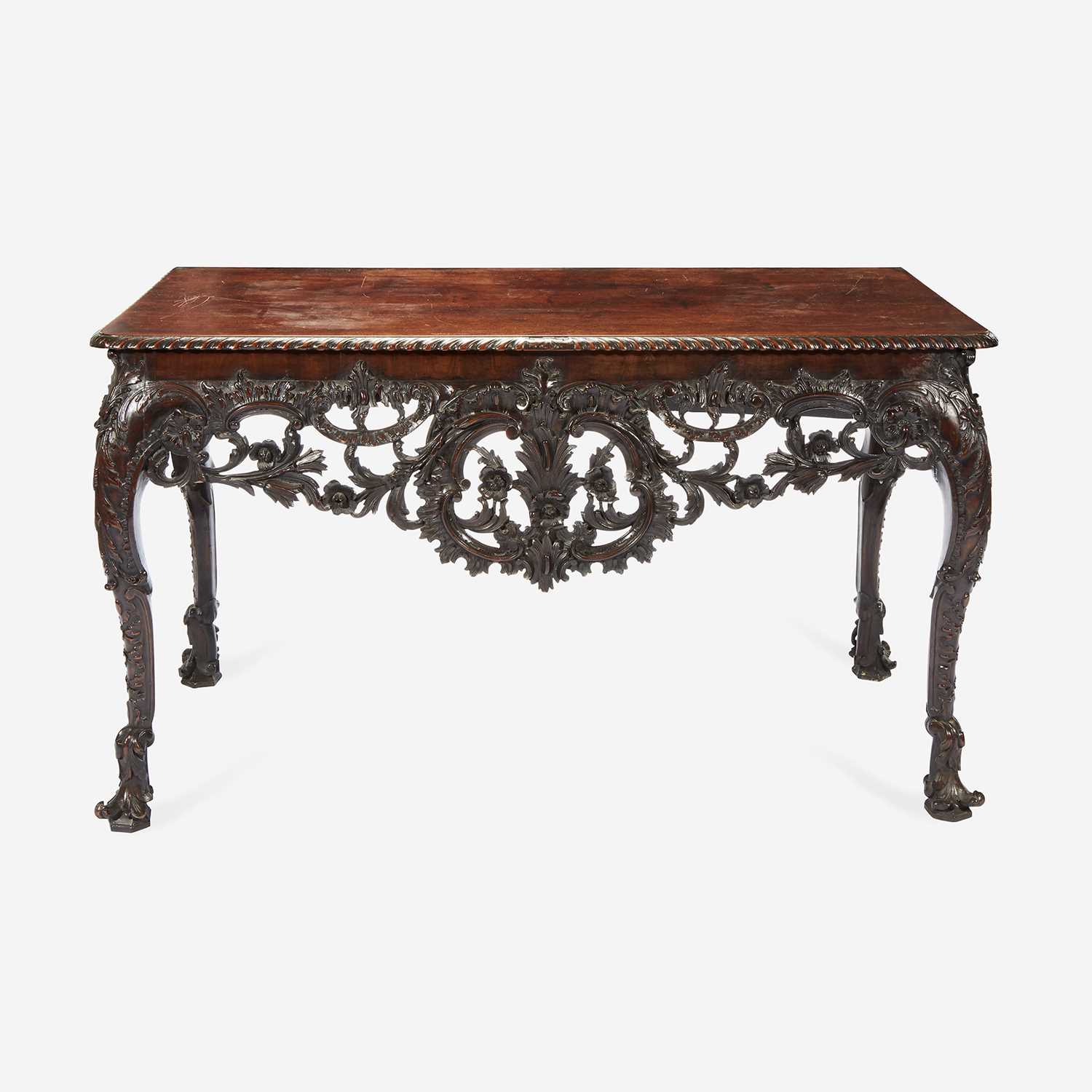 The lots on offer in The Gilded Age from the Foster Estate reflected Foster’s keen eye for collecting developed through his life of adventurous travel and cultural immersion. Lot 106, a George II carved mahogany console table, was a standout piece not just of Foster’s collection but of the auction overall (Sold for $189,000). Crafted in the first half of the 18th century, the table features the kind of intricate, detailed carving and handsome deep-red mahogany characteristic of this period of British furniture-making. The sale also featured an Irish George II Carved Mahogany Side Table made in the first half of the 18th century (Sold for $72,450); and an eye-catching bronze and marble coffee table whose bronze base was made in the 20th century, but featured a patterned tabletop of 17th-century Italian marble (Sold for $10,080).

Many of the lots of Foster’s collection included in The Gilded Age are European in origin; the Fosters lived in London for nearly ten years following the death of the King of Yemen in 1962 and the ensuing violent coup, from which Foster was able to narrowly escape. In London, where Foster joined a research team at the University of London’s Royal Postgraduate Medical School, the Fosters were to collect many of the pieces of 18th-century British and European furniture, Asian sculpture and decorative arts, and fine maps being offered by Freeman’s. The 1960s and 70s were a golden age for collectors; so much was readily available in the British capital and surroundings during this time, due to dispersals from the great country houses to artifacts collected by those who had served the British Empire abroad. In these conditions, the Fosters steadily grew their collection to include distinct, remarkable pieces from a wide range of time periods: two framed illuminated manuscript leaves, colorful works on vellum from the 14th century (Sold for $2,772); and Lot 105, a George III carved giltwood mirror from the 18th century (Sold for $5,040).

Much of this wide-ranging collection came along with the Fosters when they returned to Baltimore in 1971. Dr. Foster went on to pursue additional interests—such as photographing fossils and the streets of India at night—and also to write extensively on archaeology and serve as president and chief executive of the Cyprus American Archaeological Research Institute from 1987 to 1993.

The Gilded Age auctions offer buyers the opportunity to collect works that are not only stately and beautiful in their own right, but imbued with a rich provenance.

View the results from the July 14 Gilded Age auction.