For centuries, the renowned city of Venice has been an active and vibrant hub for artists, attractive for its unique geographical, architectural, and cultural qualities. Freeman 's auction of European Art and Old Masters: 500 Years features numerous works that reflect the deep affinity that so many artists shared for Venice.

A cluster of islands connected by canals and bridges, the city was once referred to as a mundus alter, or "another world" by 14th century Tuscan poet, Petrarch. The city served as an important locale for commerce and trade during the Middle Ages, through the Renaissance, and up until the 17th century. During that time, Venice also became a very important center for fine arts, and the style of painting known as the Venetian School emerged. Beginning with the Bellini brothers' workshops, the school included famed painters such as Titian, Tintoretto, and Giorgione, who focused on rich, bright colors. Their sensual and lyrical work made an enormous impact on European art going forward. 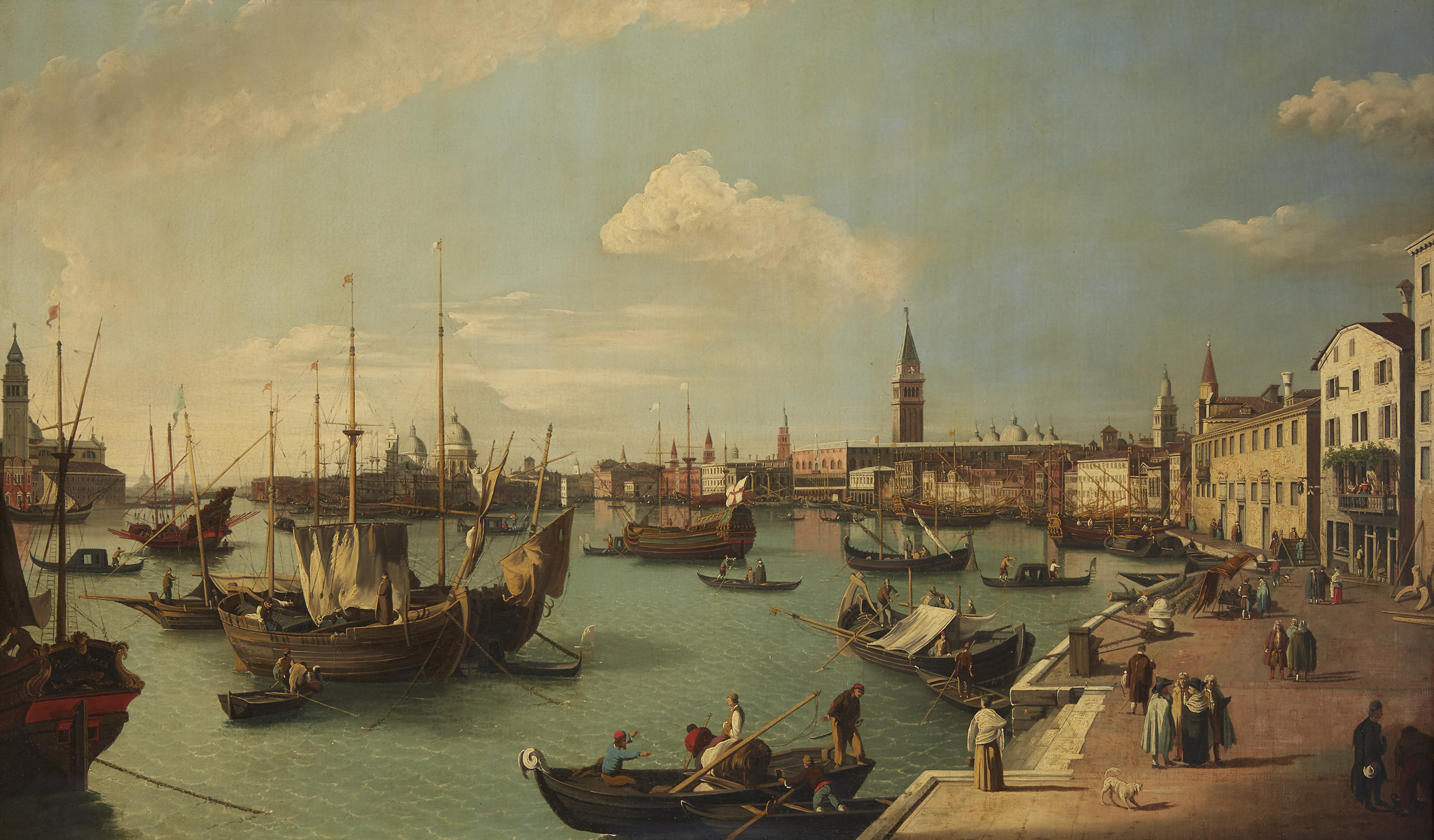 "DAZZLING VENICE" – PAINTING THE CITY IN THE 18TH CENTURY

After centuries–long domination over the Mediterranean, the Venice of the eighteenth century lost its political power and commercial influence. However, the production of artists remained at the forefront of the city. The 18th century saw the beginning of the end of the Venetian School's style, practiced most notably by Canaletto (Giovanni Antonio Canal) and Francesco Guardi, who was also a student of Canaletto. Both these artists are known for their paintings of vedute, or city views, specifically of Venice itself. Through his paintings, Canaletto recorded the inhabitants and environs of their beloved city, and in doing so, influenced artists after them to depict the bustling metropolis and its amazing architectural and natural features.

A perfect example of a quintessential vedute can be seen in Lot 8, entitled "Riva Degli Schiavoni" (after Canaletto) which depicts a view of the mouth of the Grand Canal, and follows the composition of the 1736 painting by the Italian master, now in Sir John Soane's Museum in London. In old Italian, the word "Schiavoni" refers to Slavic peoples, and the painting shows the bustling of ships and merchants, as well as people boarding and unloading boats, and many others strolling along the banks.

THE CITY OF CANALS

Despite many troubling political events in the 19th century (such as the 1848 Revolution), artists did not forget Venice, and many continued to paint its glory, tinting it with romanticism. So much of the allure and wonder of the city at that time came from the artist's particular preoccupation with light and its effect on the eye, especially the way it views color. Some of the earliest Venetian art from the Middle Ages already consisted of gleaming, golden mosaics, which reflected and refracted various sources of light. Churches and palaces were specifically designed to highlight the effects of light, illuminated by sundrenched windows and bright, open spaces, as illustrated by Lot 19, a (rare) set of four Venetian scenes by French artist Charles Calderon, which depicts remarkable places in the city, including the famous Saint Mark's Basilica at sunset.

Perhaps the most unique aspect of light in Venice originates from the reflections of the sun and the moon on the waterways. Views of Venice's canals and bridges can be seen in Lot 18 (Martin Rico y Ortega), which features the beautiful Ponte Storto, and is replete with the charming and telltale signifiers of Venice, notably the gondolas and gondoliers. Lot 21 also presents a pair of Venetian canal scenes by Federico del Campo, another skilled painter of vedute who masterfully painted, both in vertical and horizontal formats, such locations as the Palazzo Ducale, Santa Maria della Salute, the Doge's Palace, the Ca d'Oro, and the Grand Canal. 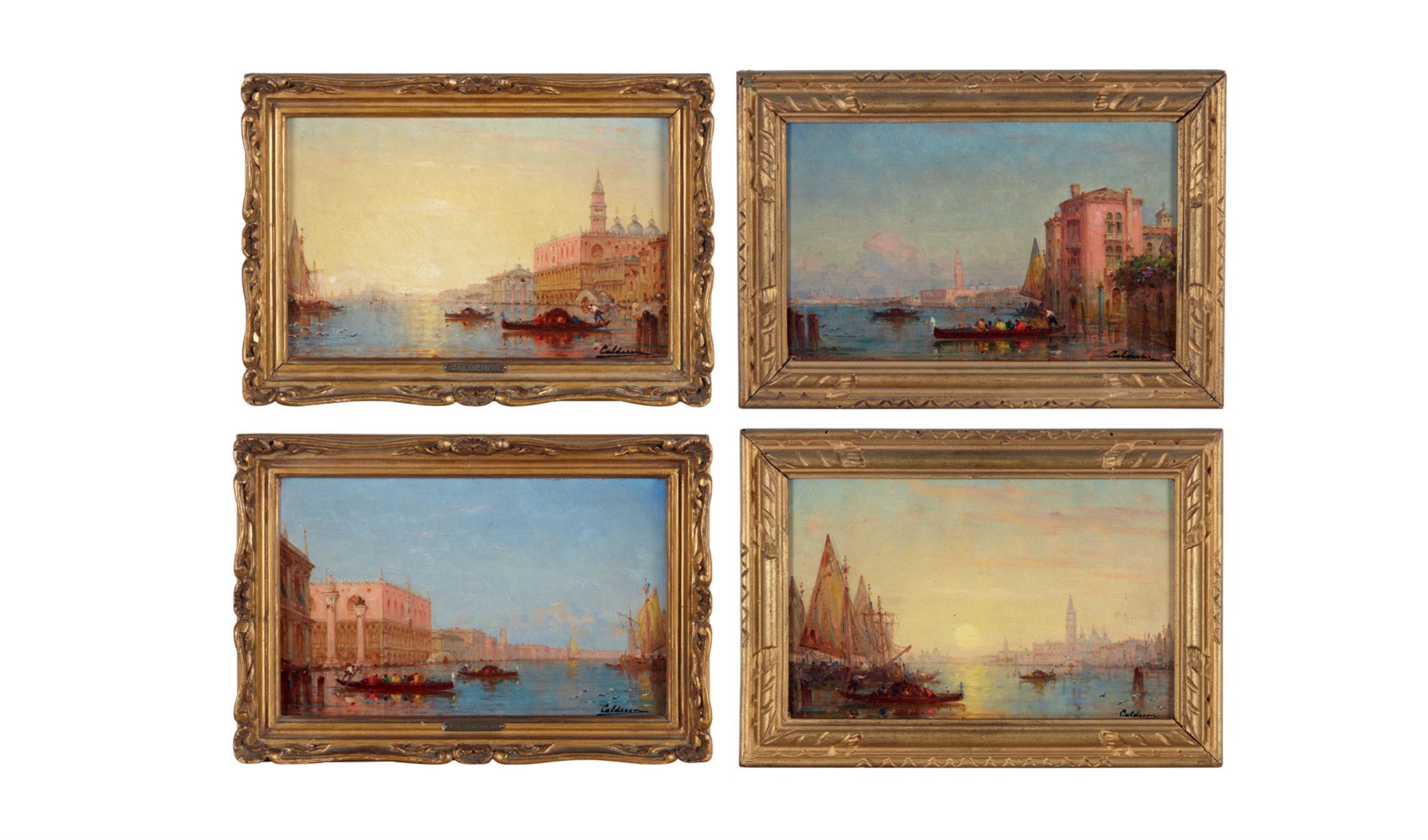 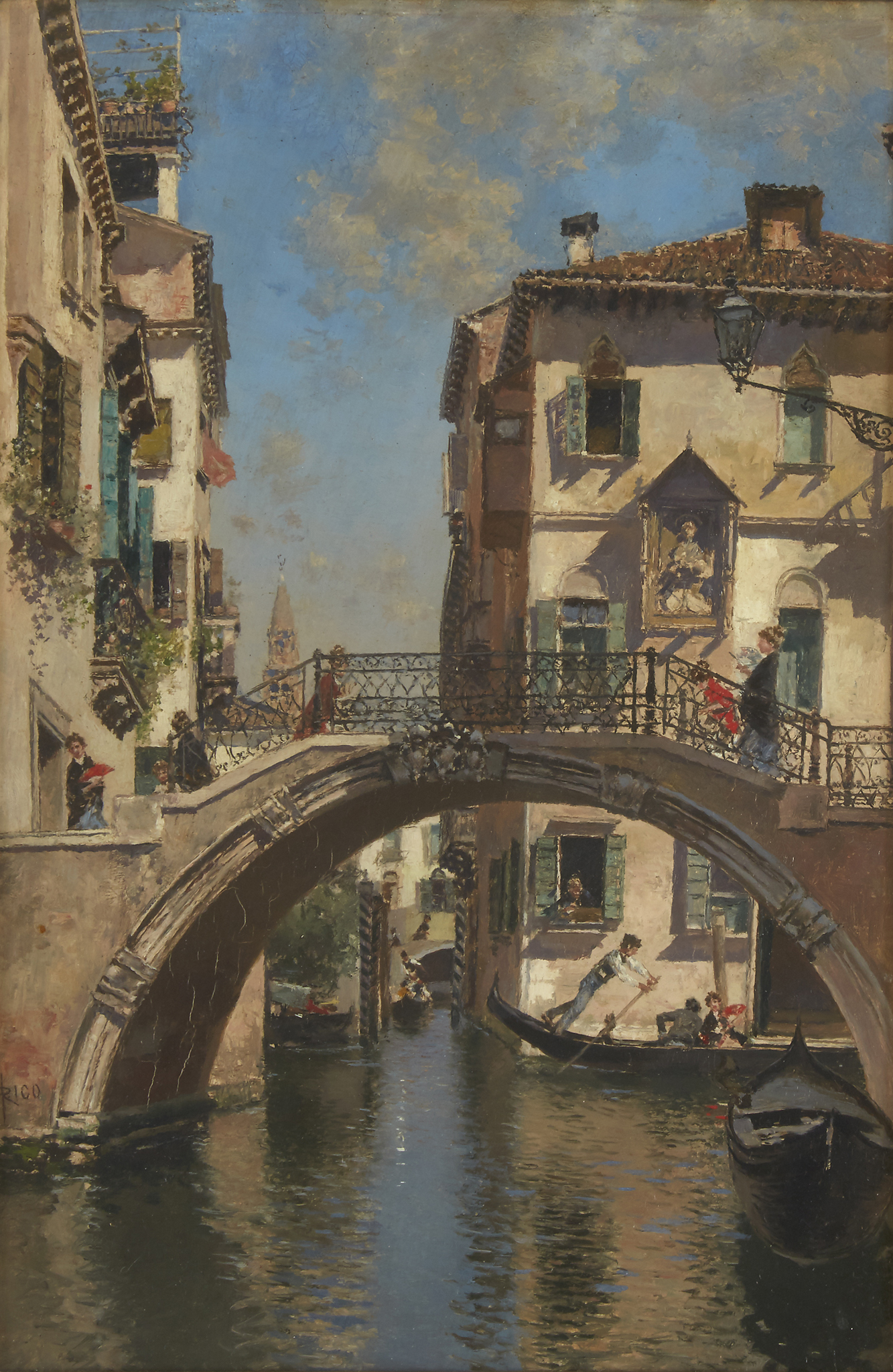