On offer at Freeman's December 8

Learn more about this important piece of custom metalwork by Tiffany Studios.

The Rowfant Club was founded in 1892 as a private bibliophilic society for the prominent men of Cleveland, Ohio, and quickly became known for its unique traditions and iconography. By the time of its 1894 annual meeting, members were instructed to bring a candlestick from home, to be “set aside and consecrated to those rites and ceremonies peculiar to the annual festival of the Club.” Throughout the year members would use their candlestick to reserve a place at the club’s weekly dinners.

By 1901 the Rowfant Club had an impressive collection of mismatched candlesticks assembled, with more being added each year, but the desire for something distinctive remained. In Freeman’s December 8 Art and Design sale, we have the glorious result of the club’s quest for a custom candlestick, produced in 1903 by Tiffany Studios (Lot 32; estimate: $8,000-10,000). 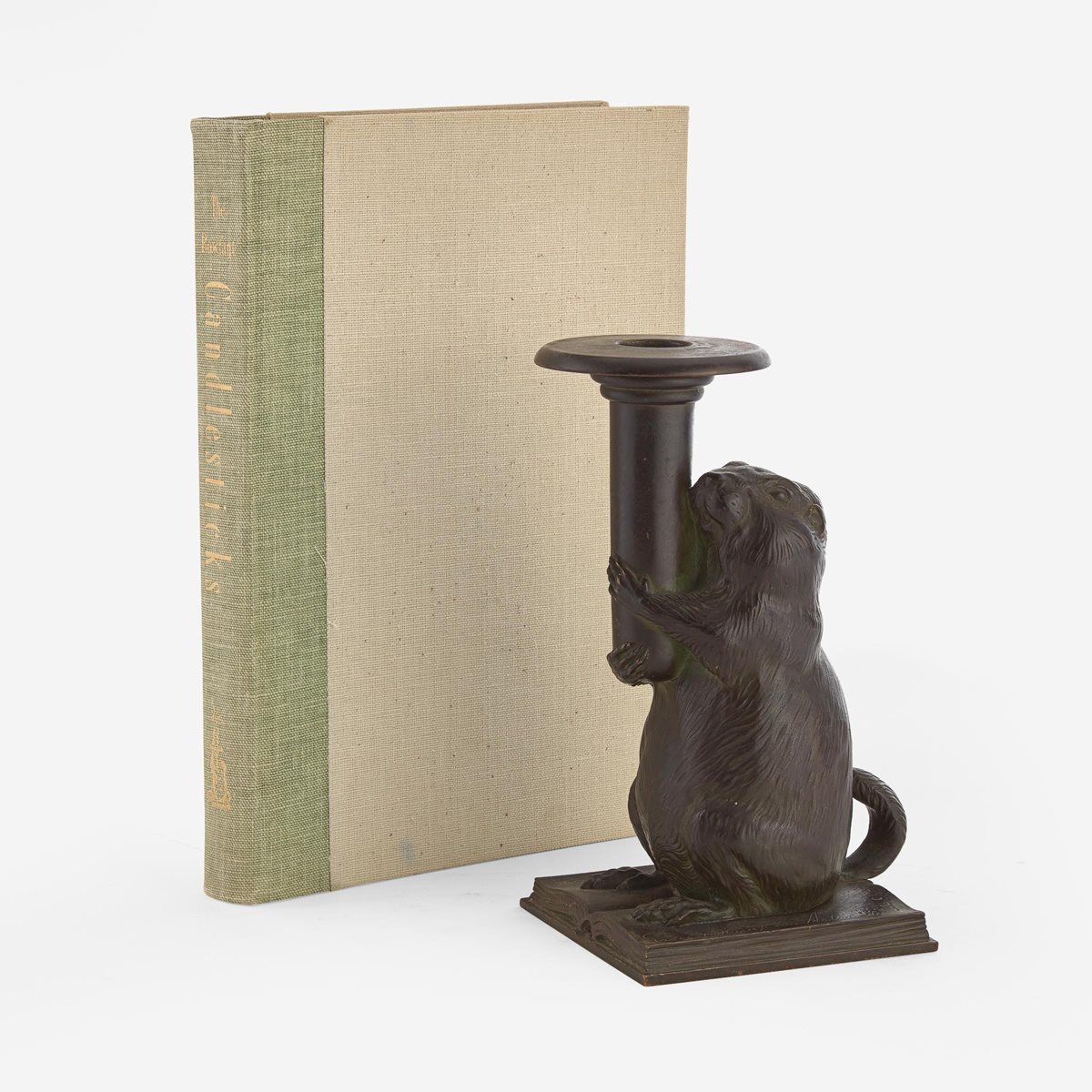 Candlelight held great symbolism for the founding members of a club devoted to the rewards and pleasures of the printed book. The club’s motto – “Light Seeking Light Doth Light Of Light Beguile” – was borrowed from Love’s Labour’s Lost, and early on it was decided that the annual club meeting would be held every February 2nd, on Candlemas. That the Christian feast (when church candles are blessed for use in the coming year) and Groundhog Day fall on the same date felt serendipitous to the club’s leaders; they had originally considered calling themselves “The Gopher Club” (inspired by “the eagerness of bookmen to ‘go for’ excellent and rare books). Taxonomic confusion over the difference between groundhogs and gophers aside, the groundhog (also known as a woodchuck), the book, and the candle would become the club’s permanent emblems and symbols of their collective aspirations:

“And now the season and hour have arrived when we are to endow our Arctymous Monax [a variation on the Linnaean name for groundhog] with a fresh candle, from whose friendly beams each and every Rowfanter will beguile a new light to guide him on his pathway in the coming year.”

Eagerness for a custom candlestick increased as the club’s decennial anniversary approached, and members already had an artist in mind for the commission: Ernest Thompson Seton (1860-1946), the wildlife artist, author, and naturalist who is also remembered as a founder of the Boy Scouts of America, and who was an honorary member of the Rowfant Club. Writing on behalf of the club, member Munson Aldrich Havens told Seton:

“The publication committee of the Rowfant Club has had under consideration for some time the design for a club candlestick, to include the three primary symbols of the club – the book, the candle, and the groundhog. It is the sincere desire of the committee that the design for the Candlestick be drawn by you, if you are willing to undertake it…”

Accompanying this request was a preliminary sketch by the committee, indicating the basic form desired (above). “The book forms the base of the candlestick,” Munson explained, “the ground hog, sitting upright holds the candle in his paws, by means of a half concealed socket, and his tail forms the handle for the stick.”

Seton demurred, pleading that there was no time available in this schedule that year to engage with the project. He did close with a suggestion to change the proportions of the candlestick (“that the tail turn the other way & the lowest part of the candle higher than the Chuck’s head”) and included a small illustration of how he believed the candlestick should be changed (below). Munson replied that the committee was so delighted by his “little marginal remarque” that it was resolved to decline Seton’s declination and simply wait for him to have time for the project. 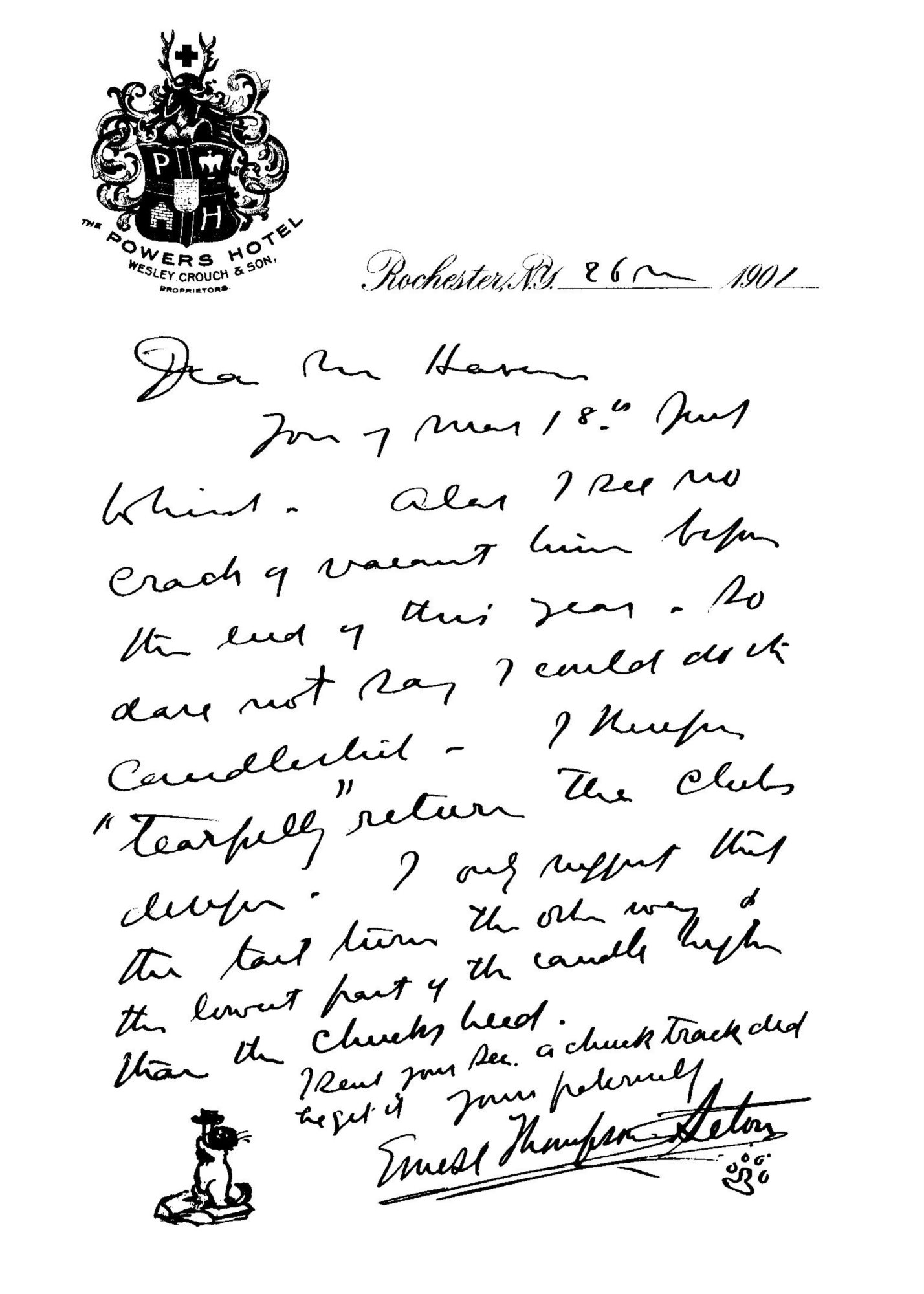 Seton's 1901 reply to the committee, with remarque

Seton was able to provide further sketches in May 1902 (below), but none of these pleased the club’s Publication Committee. The rough sketch the committee provided to Seton in 1901 shows the groundhog holding the candle directly in front of its body, with the flame at or slightly below the creature’s head. This causes the groundhog to appear very solemn, like an acolyte bearing a torch in a church procession. In Seton’s remarque at the bottom of his 1901 letter, the groundhog has a heroic energy, hoisting the candle above its head. Seton’s 1902 sketches lose this sense of drama, where in all four sketches the groundhog clings for dear life to a traditional pillar-form candlestick. Seton had made the committee’s meek groundhog into a daring one, and the committee had no interest in retreating from that. 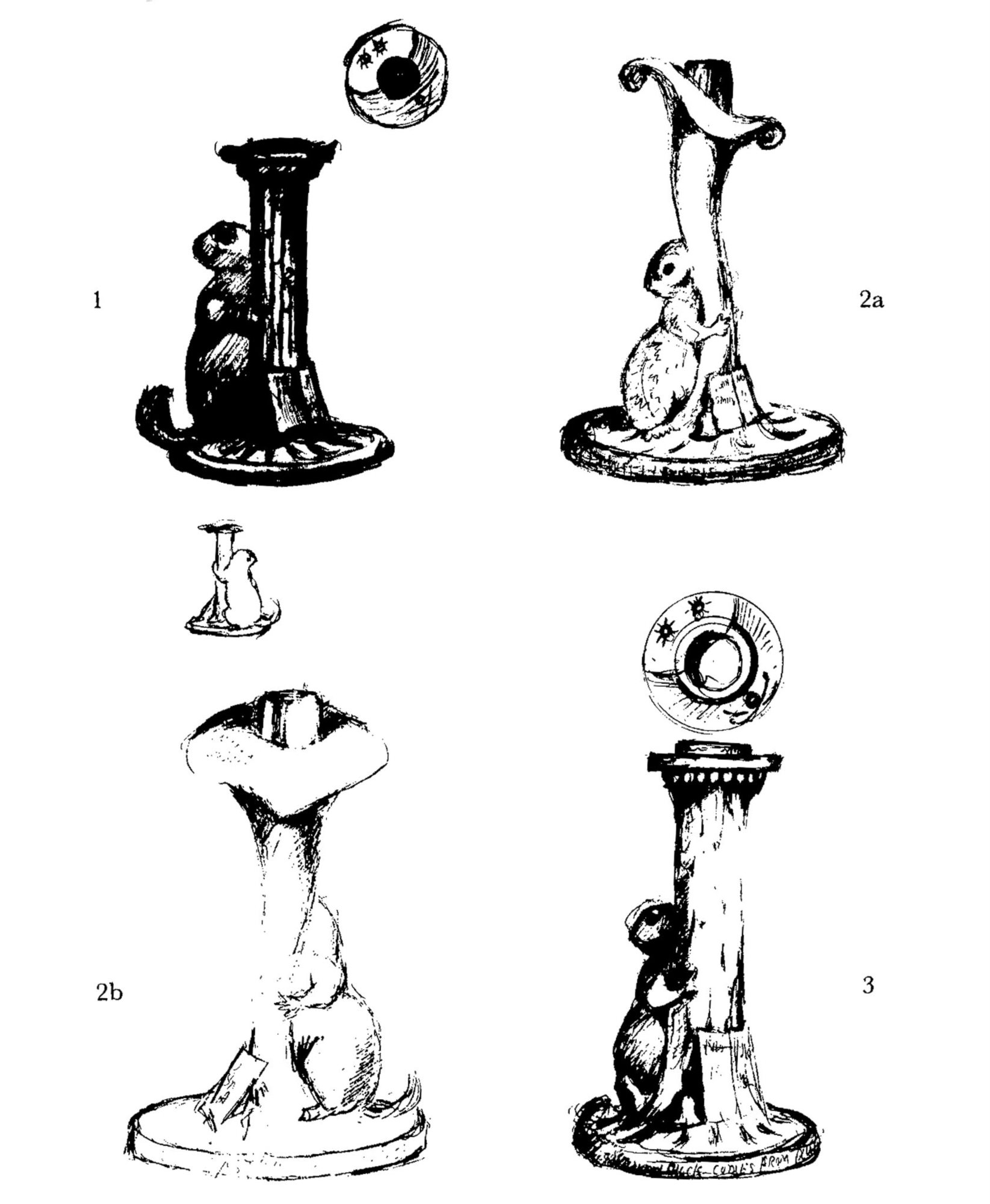 Seton’s rejected 1902 designs for the candlestick

The candlestick eventually produced for the club is exceedingly similar to the remarque on Seton’s letter: the groundhog, atop a book not much larger than itself, holding a candle above its head and staring up at it in wonder. This final design was modeled by the artist and explorer James Lippitt Clark, then in the employ of the American Museum of Natural History, and who was known for his animal sculptures. Both men’s signatures appear on the base of the candlestick, with Clark noted as the modeler and Seton’s signature reproduced, with his trademark paw print next to his name (also visible on his 1901 letter). After “much correspondence,” Tiffany Studios was engaged to cast 100 of the candlesticks in bronze. 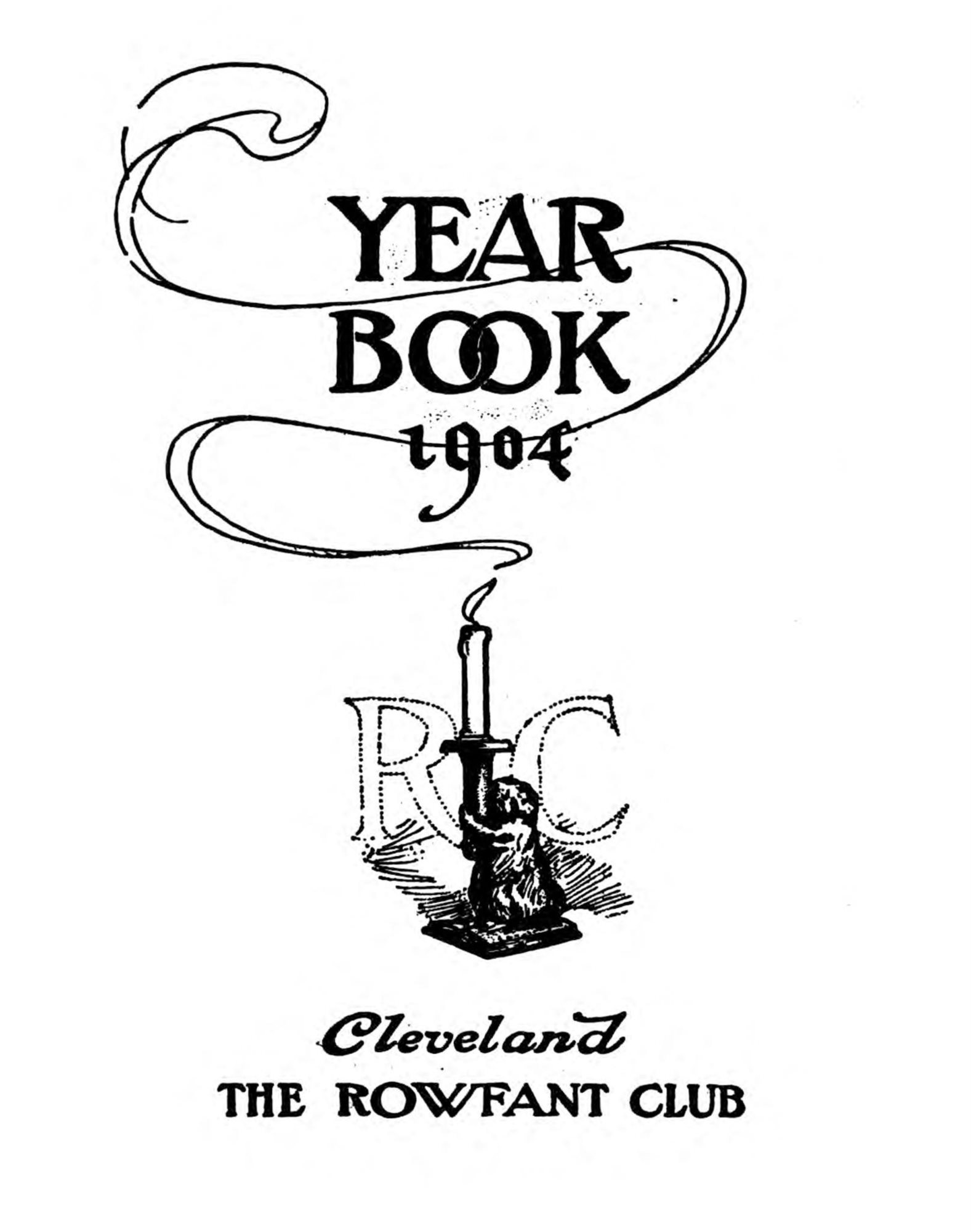 The Rowfant Club’s 1904 yearbook celebrated their new candlestick on its title page (above). While the club was eager to show it off as a symbol of their values and creative capacities, they insisted it be a firmly exclusive item. On the reverse of the candlesticks, each is labeled with its number among the 100 made. This example is Number 34.