Freeman's is honored to present The Alexander Hamilton Collection of John E. Herzog, a single-owner sale of Alexander Hamilton material, on October 25. Containing significant documents, first edition pamphlets, and autographed material, the collection delves into both the professional and personal life of "The Little Lion"—a nickname affectionately bestowed upon the Founding Father on account of his lean stature and intelligence. 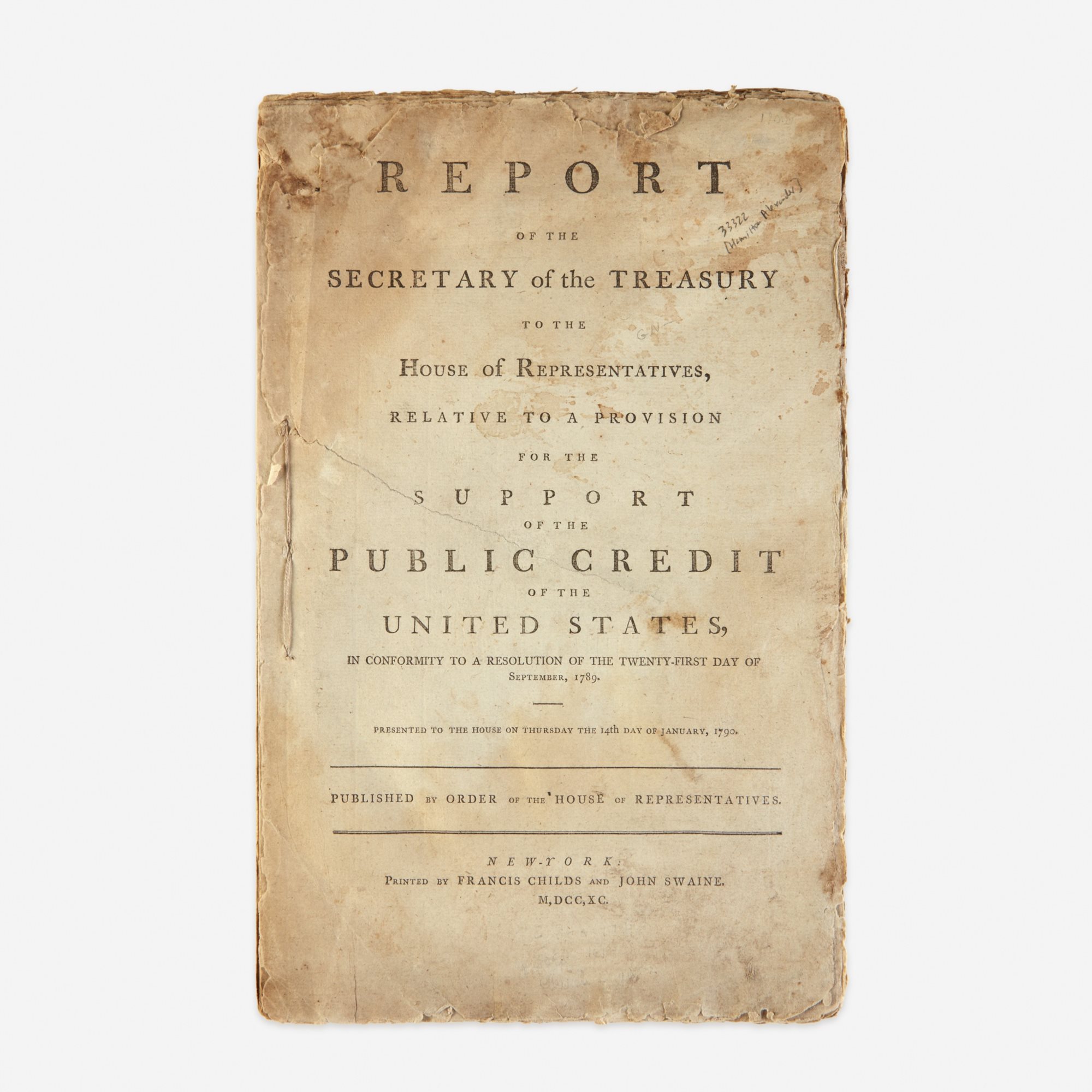 The auction is rooted in the extensive collecting activity of John E. Herzog, a collector of financial documents of the 18th century and the Federalist Era. Herzog's lifetime of experience in finance—including his founding of the Museum of American Finance—sparked a deep, personal interest in Hamilton material, particularly as related to Hamilton's position as first Secretary of the Treasury and his pivotal role in the establishment of the United States' financial system.

The auction is led by the 1789 Report of the Secretary of the Treasury...for the Support of the Public Credit of the United States, the landmark document of American capitalism outlining Hamilton's financial plans for the new nation. Other sale highlights include a rare first edition of the infamous "Reynolds Pamphlet"—Hamilton's summary of his notorious affair with Maria Reynolds; autograph letters from Hamilton to John Hopkins, Commissioner of Loans for the State of Virginia and Thomas Willing, the first president of the First Bank of the United States; and an autographed check, signed by and executed in Hamilton's hand.