A review of Freeman's recent success with notable Pennsylvania Impressionists including Edward Redfield and Daniel Garber and a look at works to be offered in our June 6 auction.

Milestones and Records in 2020 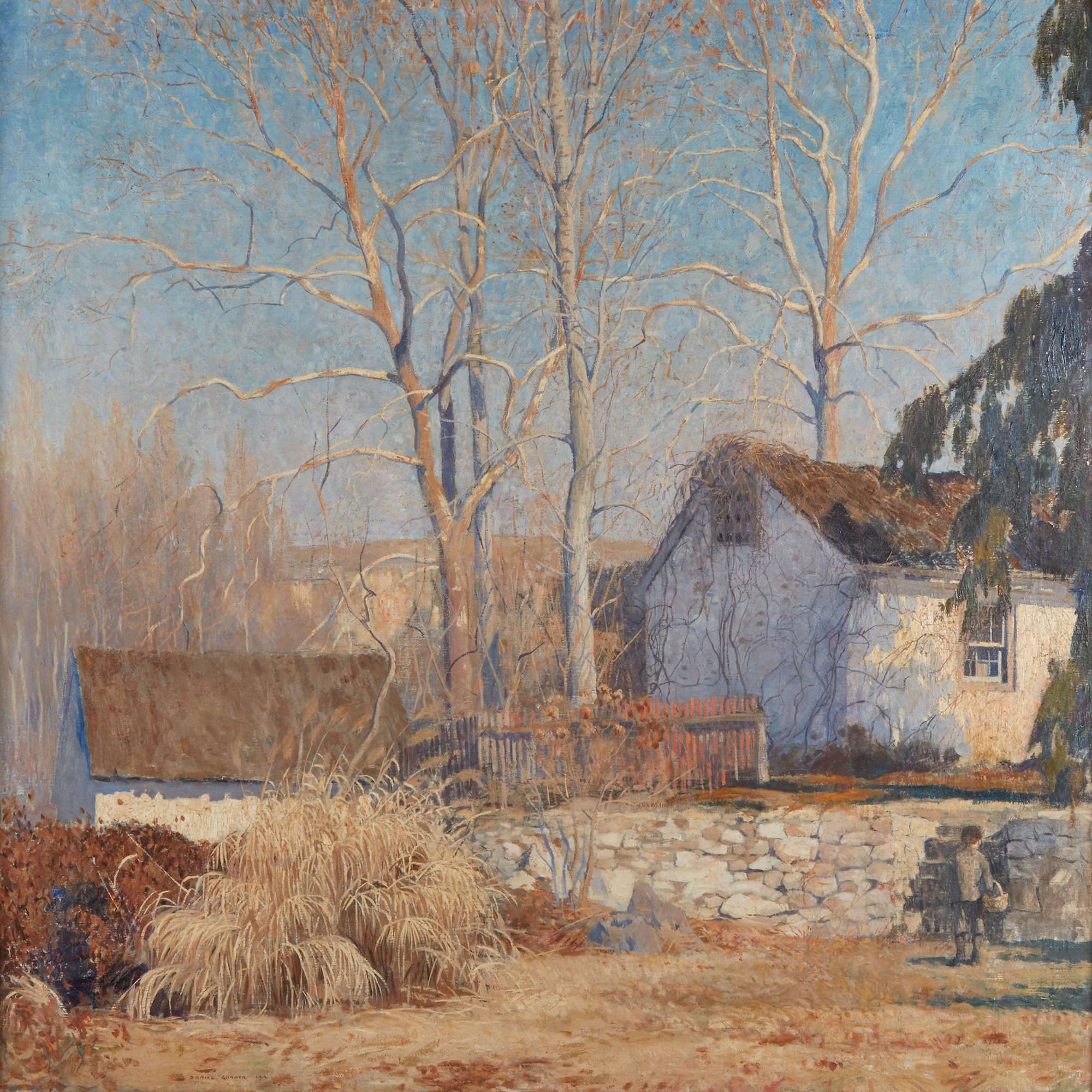 Daniel Garber led the sale with 8 works selling for a combined $1.6 million. Although this was the first sale to present so many canvases by the artist at once, each generated competitive bidding, and all found different buyers, with 3 located outside of Pennsylvania. This demonstrates not only strong demand and a broad, growing market for Garber’s work, but also a lack of market saturation. 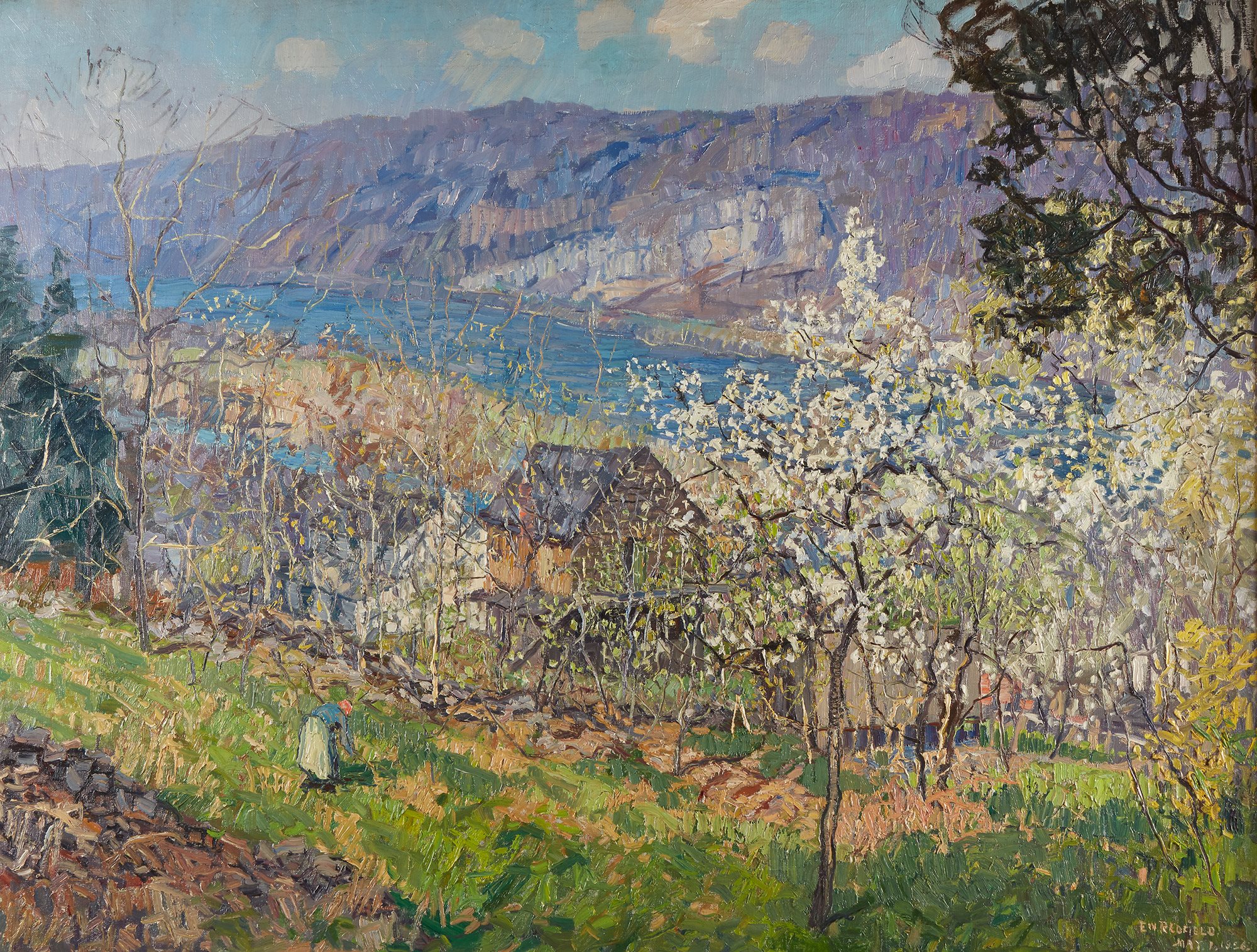 Edward Redfield was also well represented at Freeman’s in 2020 with 12 of his works (70% of the year’s Redfield market) offered. In December, 6 very different works by the artist all sold within or above their estimates. The highlight of the year, though, was Spring at Point Pleasant on the Delaware River, 1926, which sold to a private Pennsylvania collector for $483,000—the highest price fetched at auction by the artist since 2017 and “a clear sign, if not of incremental growth, of current market stability.”

to be offered June 6 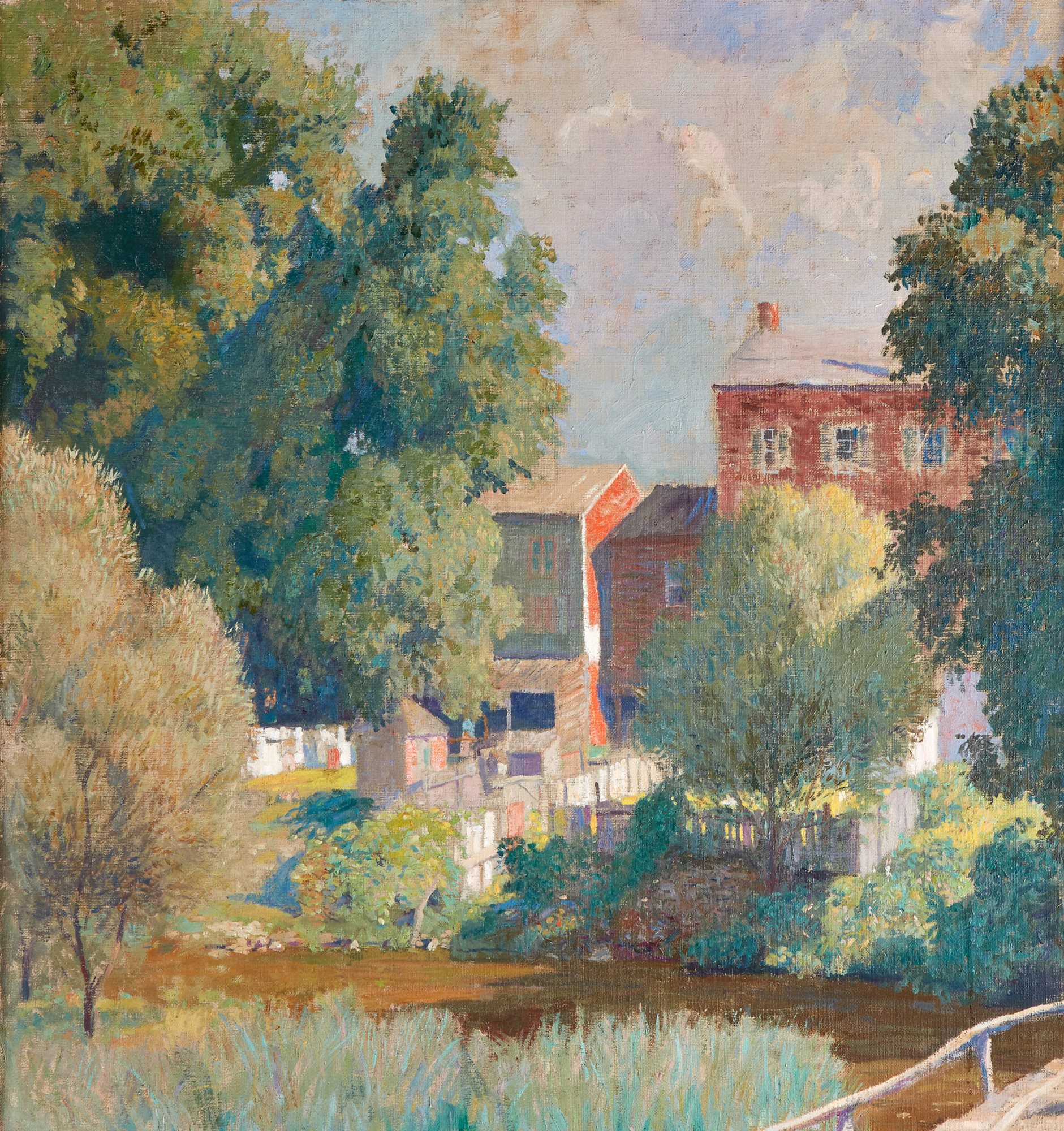 This June, Freeman’s will offer Houses, Shannonville, which depicts the quaint village of Shannonville (now Audubon), PA, along the Schuylkill River Trail, opposite Valley Forge National Historic Park. The fresh–to–market canvas will be presented in its original Bernard Badura frame.

to be offered June 6 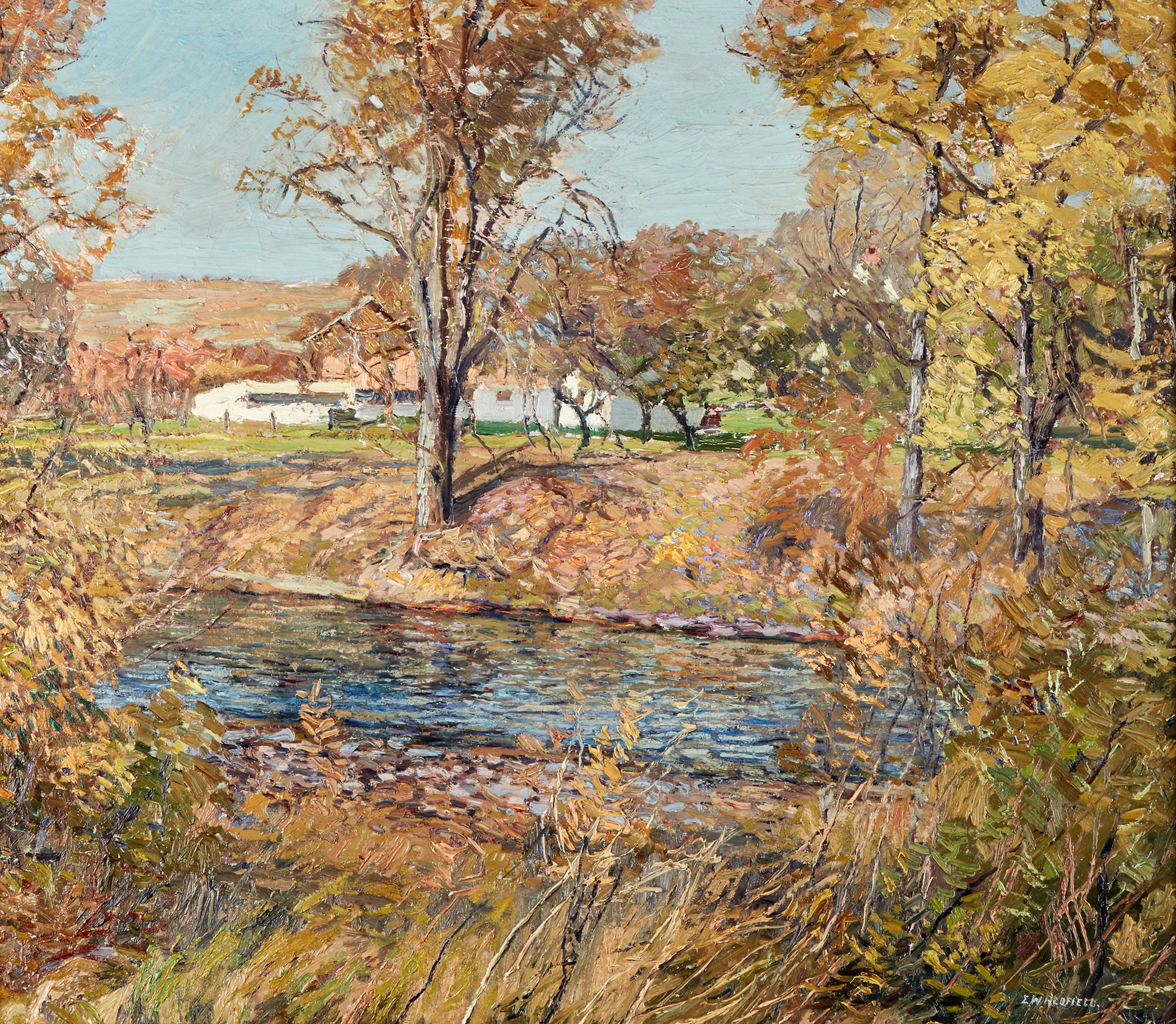 We will also offer a beautiful example of Redfield’s impressionist period. Depicting the artist’s first farm in Bucks County, Island Farm promises spirited bidding in a sale that is expected to include numerous exemplary works by the coveted Pennsylvania Impressionists.

Consignments to this auction will be accepted through April 15

More About the Department