The paintings Adam and Eve by Lucas Cranach the Elder (German, 1472-1553), have been in the collection of the Norton Simon Museum at Pasadena since 1971. For more than a decade, though, they have been the subject of a dispute between the museum and Marei von Saher.

Von Saher is the daughter-in law and surviving heir of Jacques Goudstikker, a Jewish Dutch art dealer who fled the Nazi-occupied Netherlands with his family in 1940. Goudstikker's gallery, its inventory of more than 1,400 paintings, and the family's other assets were then acquired by members of the Nazi leadership through a series of forced sales, with the gallery and the family's residence being purchased by Alois Meidl, and more than 800 of the Goudstikker paintings – including "Adam" and "Eve"-being acquired by Reichsmarshall Hermann Goering for his private collection.

That the paintings were looted by the Nazis is not disputed. Rather, the question for the court was whether the post-war restitution processes properly vested ownership of the paintings in the Dutch government such that its 1966 sale of those paintings to George Stroganoff-Sherbatoff (from whom the museum purchased them in 1971) was a valid governmental action, which is not reviewable by U.S. courts. With a decision issued by the Court of Appeals for the Ninth Circuit on July 30, the case may have reached its conclusion. 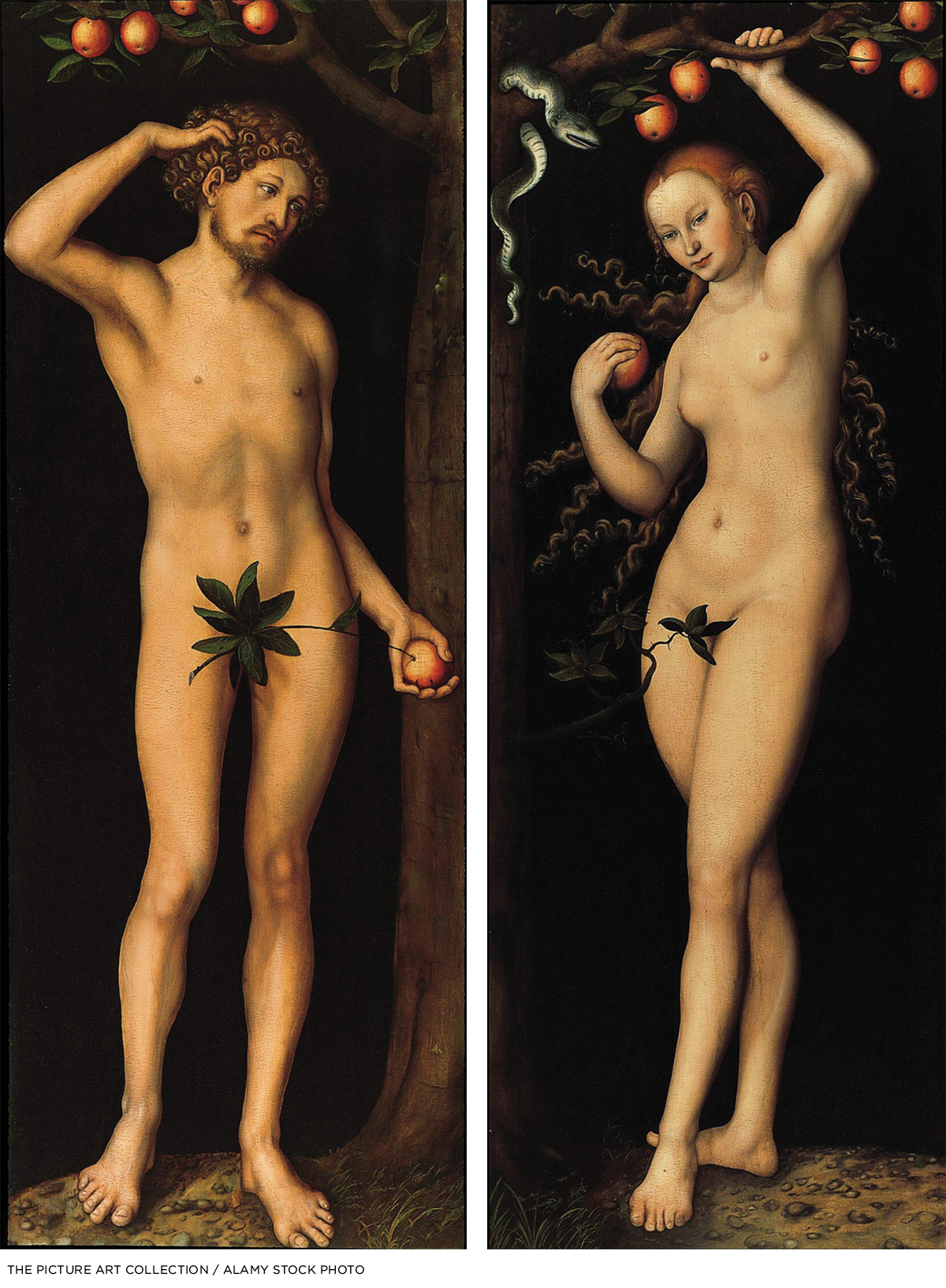 Goudstikker had purchased Cranach panels from the Soviet Union in 1931 at an auction of objects the Soviets had seized from the Stroganoff family as well as from churches and other institutions. Goering purchased the panels in a forced sale in 1940, and they were recovered by U.S. forces at the end of the war, and were returned to the Dutch government. U.S. policy was to return recovered Nazi-looted objects to the governments of the countries from which they had been taken, for ultimate restitution or other disposition.

While, during the war, the Dutch government (then in exile) had enacted a law nullifying agreements with the Nazis, after the war, that automatic nullification was revoked, and a formal restitution and restoration of rights process was put in place. Claimants had until 1951 to file a petition for restoration of rights, after which the presiding council "could still order restoration of rights of its own accord, but claimants were no longer entitled to demand restitution." To compensate the Netherlands for is losses during the war, the government also enacted Royal Decree E133, which expropriated all property "belonging to an enemy state or to an enemy national."

Goudstikker's widow, Desi, returned to the Netherlands after the war, and took on leadership of the gallery. She petitioned for restoration of rights for the assets that had been purchased by Meidl, but decided not to petition for return of the paintings purchased by Goering.

In the 1990s, von Saher filed a petition with the Dutch government for restitution of those of the Goudstikker works that had been purchased by Goering, but that petition was denied. However, in 2001, the government reevaluated its prior restitution process and, on the basis of "moral policy" turned over to von Saher those paintings from the Goering collection that were still in the Dutch government's possession.

This did not, of course, include the Cranach panels, which were in the museum's collection in California. In 2007, von Saher commenced the first of her actions for return of the Cranach panels, arguing that the Dutch government could never have taken ownership of the panels, but merely served as custodian of the paintings until the original owners or their heirs claimed them.

In affirming the District Court's 2016 decision granting the museum's motion for summary judgment, the 9th Circuit relied upon the act of state doctrine, which is "a 'rule of decision' requiring that 'acts of foreign sovereigns taken within their own jurisdictions shall be deemed valid'" and are not to be overturned by U.S. courts. The Court explained that "we apply the doctrine here, because 'the relief sought' by von Saher would necessitate our 'declar[ing] invalid' at least three 'official act[s] of' the Dutch government 'performed within its own territory.'"

About the Author
Kevin Ray is an attorney in Greenberg Traurig LLP's Chicago office, who practices in the area of art law. He is the author of "Art & Business: Transactions in Art & Cultural Property" (American Bar Association Press, 2016).

Want more articles like this delivered straight to your inbox? Sign up for freeman's monthly business bulletin newsletter today.