Virginia and Stuart Peltz, collectors with longtime roots in Pennsylvania’s Bucks County, began amassing their impressive collection of works by Pennsylvania Impressionists in the 1980s. Well before the current market demand for such works, the Peltzes were buying paintings by Pennsylvania-based artists from Morgan Colt and Fern Coppedge to Edward Redfield and Daniel Garber. Sixteen of these works—never before sold at auction, and representing many of the famed New Hope School—will be on offer at Freeman’s this winter.

Says Freeman’s Chairman Alasdair Nichol, “We are proud and honored to have been asked to present Virginia and Stuart’s collection at auction. Their name has long been associated with the history of Pennsylvania Impressionism and is deeply respected in the Bucks County community. There is already strong interest in the Peltz Collection among our bidders—no surprise, given its incredible quality and freshness.”

Works by the renowned Fern Coppedge appear twice in the collection: Snowy Country Side (Lambertville in Winter) (estimate: $60,000-100,000) displays the pastel-like tones characteristic of her early career output, whereas December Afternoon (Carversville) (estimate: $80,000-120,000) is representative of her later bold, broad, and colorful period. Another quintessential New Hope School painter, Daniel Garber, appears in the Peltz Collection; his Up the River, Winter, depicting an expansive view of the frozen Delaware River, will be offered at a pre-sale estimate of $150,000-250,000. 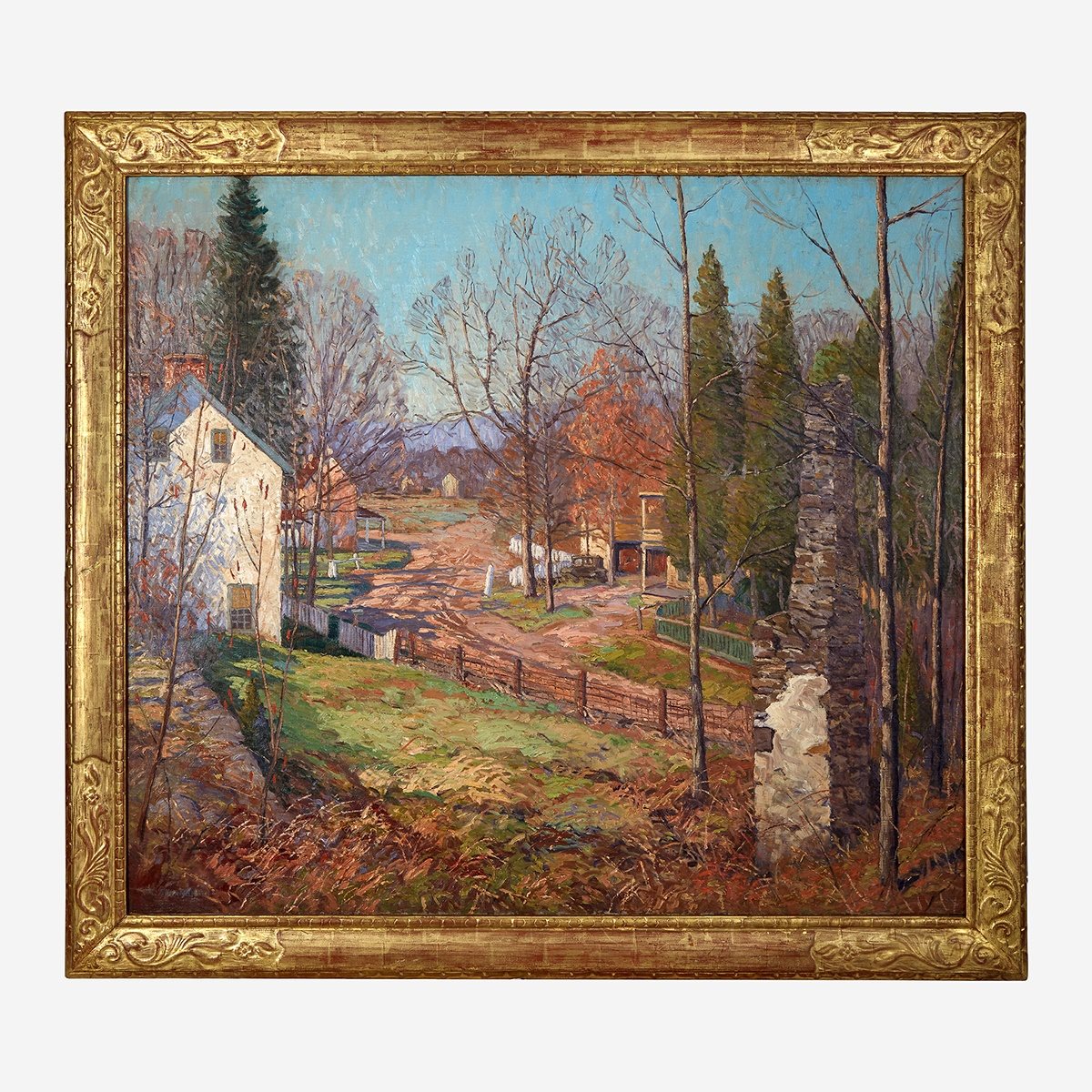 Three exceptional paintings in the collection are by Morgan Colt, Kenneth Nunamaker, and John Folinsbee. Colt’s The Butcher Wagon, estimated at $40,000-60,000, is the finest example by the artist to be offered at auction and a rarity in itself; Colt’s output was limited and many of his works were destroyed after his death. The largest canvas in the collection is Nunamaker’s River Road at Centre Bridge (estimate: $60,000-100,000), which the Peltzes fell in love with when it was displayed at the Swan Hotel in Lambertville. Mother and Daughter, a touching portrait by Folinsbee of the artist’s wife and their first daughter, was acquired directly from the artist’s widow, Ruth Folinsbee. Offered at an estimate of $10,000-15,000, Virginia Peltz describes this intimate portrait as her favorite painting among the collection. These three works, among others, are illustrated in Pennsylvania Impressionism, co-published by the University of Pennsylvania Press and the James A. Michener Art Museum, considered to be the foremost text on the subject. 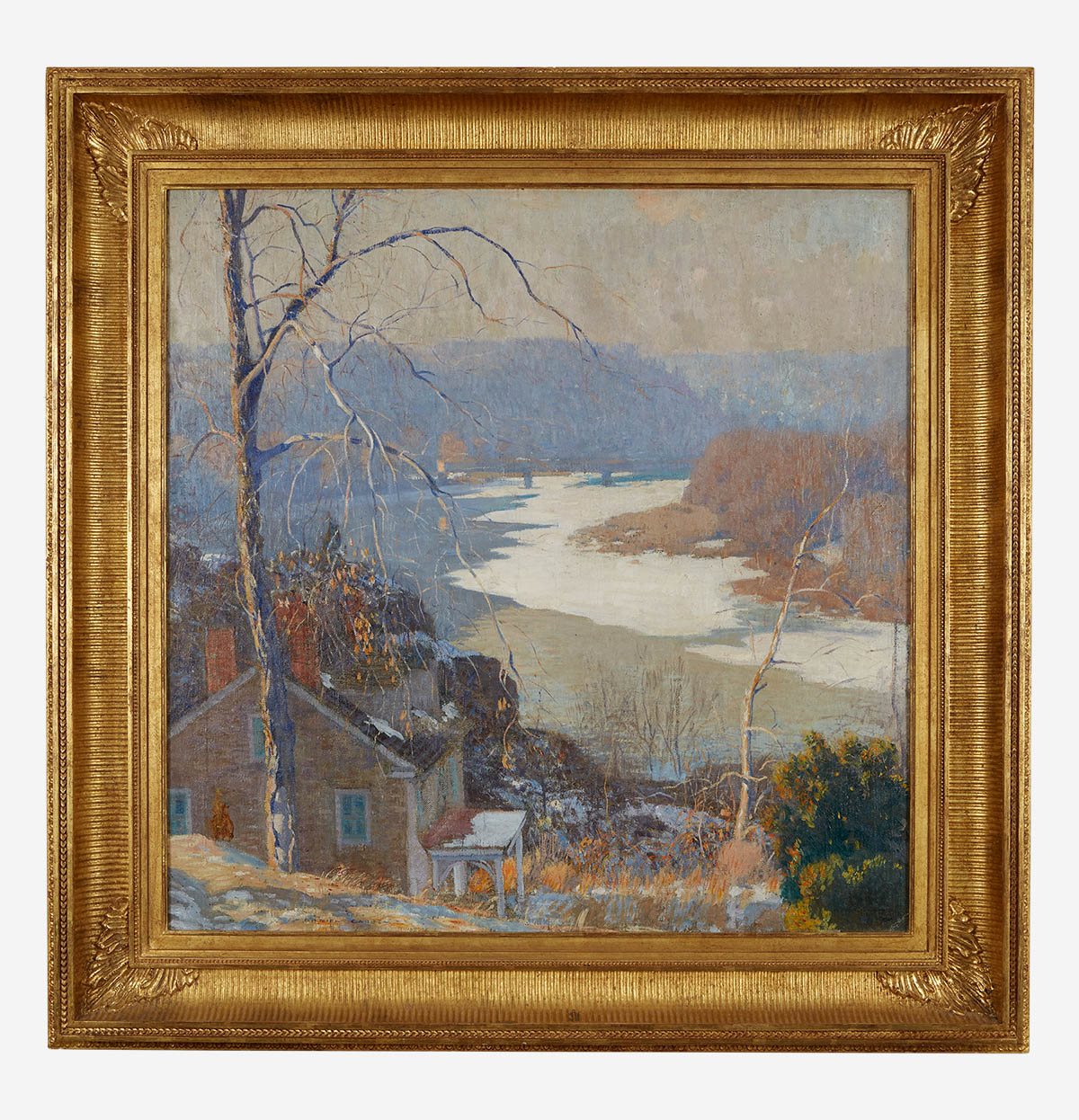 As Philadelphia’s auction house, Freeman’s boasts ongoing strong successes in the sale of Pennsylvania Impressionists. Freeman’s sold more paintings by Edward Redfield in 2020 than any other auction house and a December 2020 sale included the sale of seven paintings by Daniel Garber for a remarkable $1.55M total. Eight of the top ten results achieved for works by Fern Coppedge have been at Freeman’s auctions and Freeman’s continues to hold the world auction record for a Coppedge painting.

In addition to the works already listed, collectors of Pennsylvania Impressionists will be pleased to find fine examples by Harry Leith-Ross, Arthur Meltzer, William Francis Taylor, and Walter Baum in Freeman’s December 5 auction.