Why this era continues to fascinate contemporary audiences

A glimpse into the important single-owner collection presented at Freeman's this May.

This May marks the first public appearance of an important collection of artworks from a private New York family. The family’s interest in major European artists of the late 19th and early 20th centuries was piqued through contact with Herman C. Goldsmith, the reputable New York dealer and close friend of the collectors. Most of the works were directly purchased from the New York socialite and lovingly kept in their Manhattan apartment, away from the exhibition lights.

Both individually and collectively, the works in the collection speak to the family’s affinity with French culture, and its strong ties with the City of Lights specifically, where they resided half of the year. Through their respective subject matters— alternatively romantic, playful, adventurous or picturesque—the works on paper also reflect the formidable effervescence at play in Paris at the turn of the century. 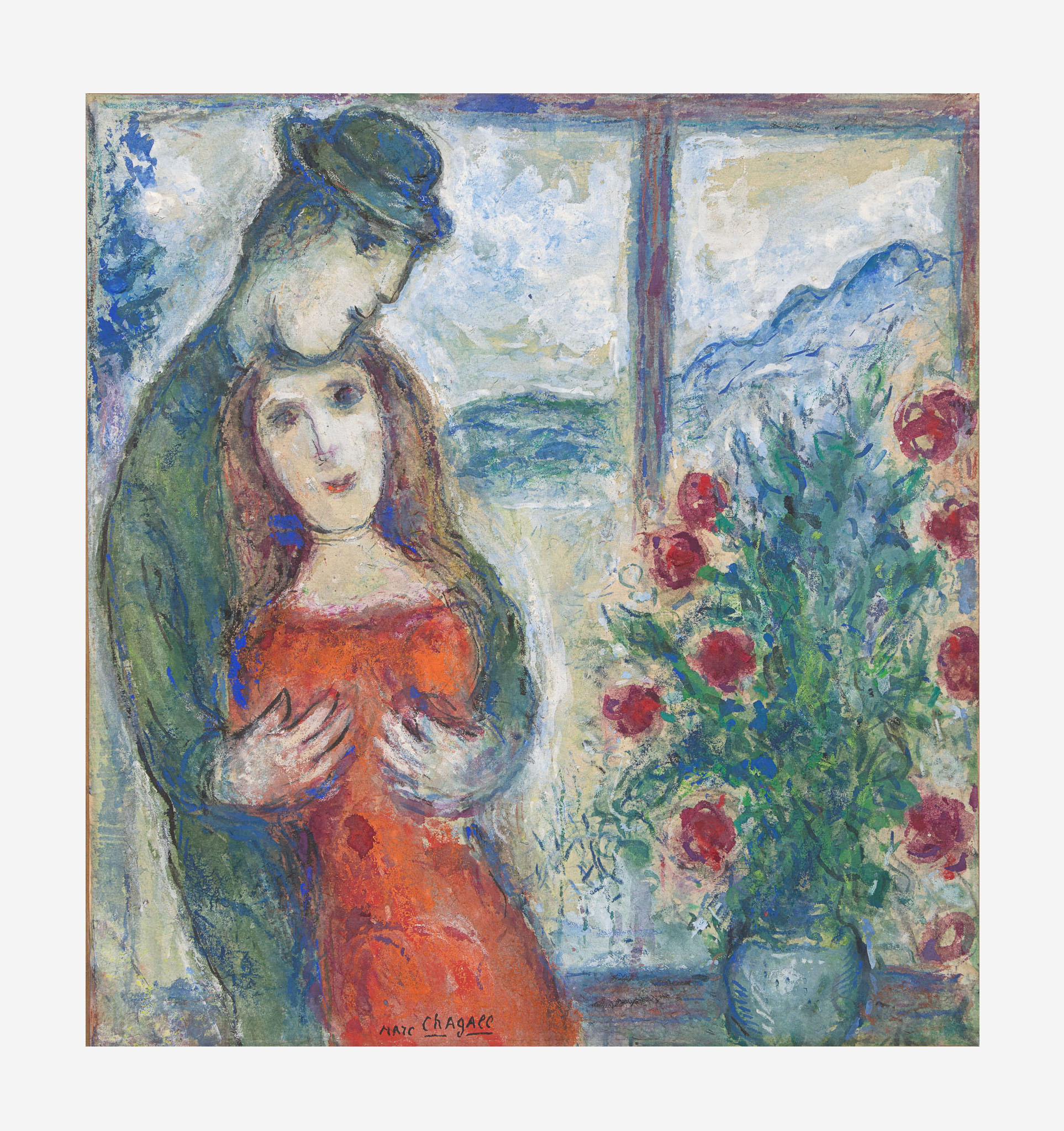 Coined by historians “La Belle Époque,” this pivotal period of insouciance, joy and often triviality coincided with a moment of incredible progress and modernity in the industry, politics and arts of French society. It also served as a wonderful backdrop for the many artistes bohèmes who flocked to Paris (mostly from foreign countries) in search of new challenges and ideals. The older artists from the Impressionist and Neo-Impressionist movements sympathized with the more modern, younger artists. They evolved in the same circles, visited each other’s studios, inspiring one another throughout several wonderful, history-changing decades.

The true highlight of the collection is the richly colored Devant la Fenêtre à Sils, a large gouache by Marc Chagall executed in 1961. In the picture, Chagall shows a couple caught in a loving embrace by a bouquet of flowers, and against a window overlooking the Alps. This image of a happy, tender moment stopped in time is a quintessential one, as lovers were among Chagall’s most common themes throughout his career and multiple love affairs. Following the death of his teenage sweetheart Bella, Chagall partnered with Valeria McNeil, a married woman who became the mother of his son. The present feminine figure is most likely a reference to Valentina Brodsky, “Vava,” the artist’s last wife who enabled him to find respite after years of tension and anxiety that had marked his work in the years during and after World War II. The present work bursts with enthusiasm and warmth, which recalls Chagall’s blissful period in the South of France earlier in his career, which deeply influenced his later work. 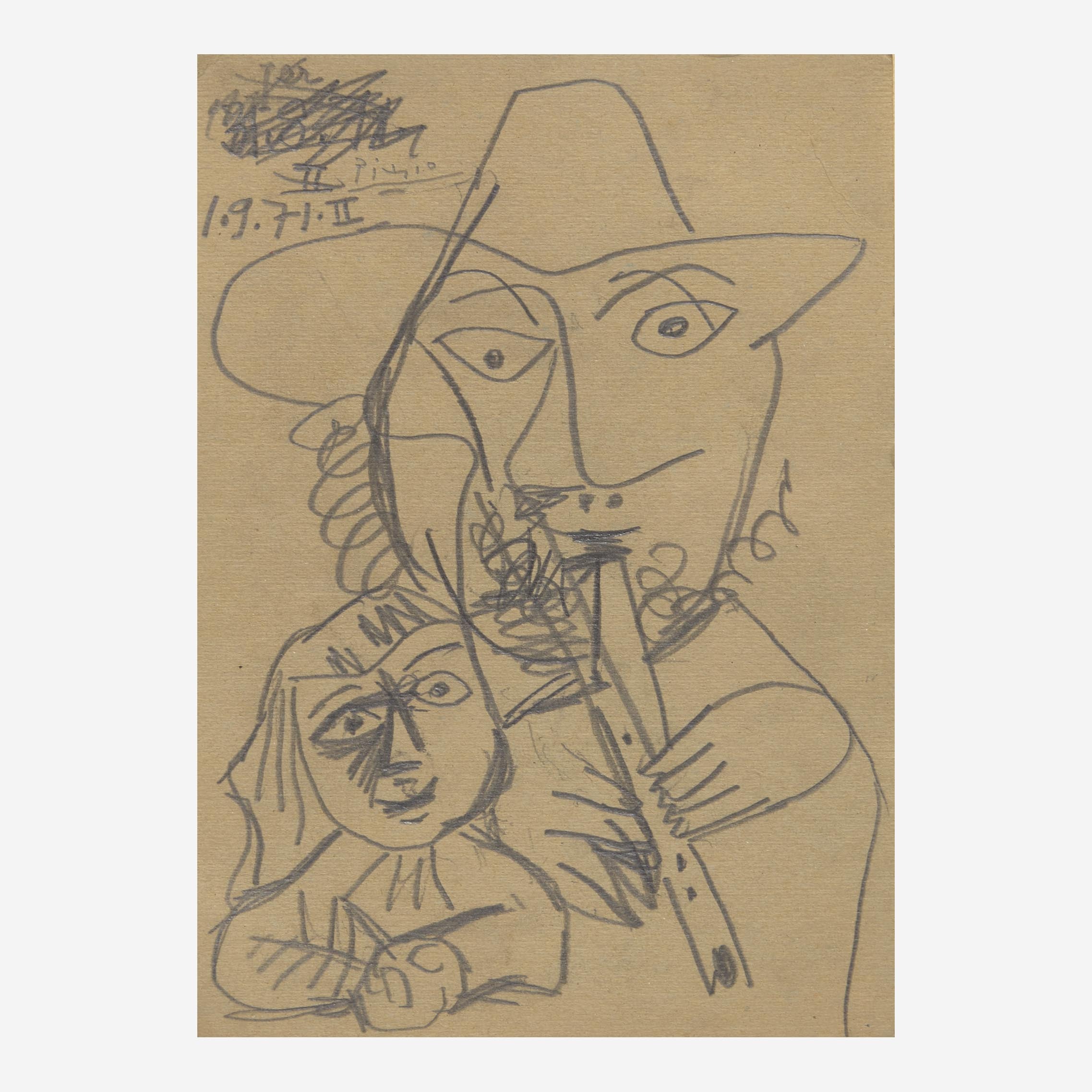 Other highlights of the Collection include a second, earlier Chagall Maternité representing a Mother and Child blessed by the totemic presence of a bull and two drawings by Pablo Picasso, including the magnetic charcoal piece Homme à la Flûte et Enfant executed in 1971, which depicts two figures, an adult flutist and a child, hauntingly staring at the viewer. Also of note is the elegant Regatta scene by Raoul Dufy, an iconic subject which captures much of the artist’s joie de vivre, and love for the Fauves' bold colors. Finally, watercolors by Paul Signac, Maurice de Vlaminck and pencil drawings by Camille Pissarro complete the listing.

View the rest of our May 11 La Belle Époque on Paper auction.