The rare document, signed by Thomas Jefferson, on offer at Freeman’s this fall

In Freeman’s November 15 Books and Manuscripts: Rare Americana auction, a rare first edition of the first United States Census—signed by a Founding Father—will be on offer. Here, we take a closer look at the origins of what’s now a codified part of American life. 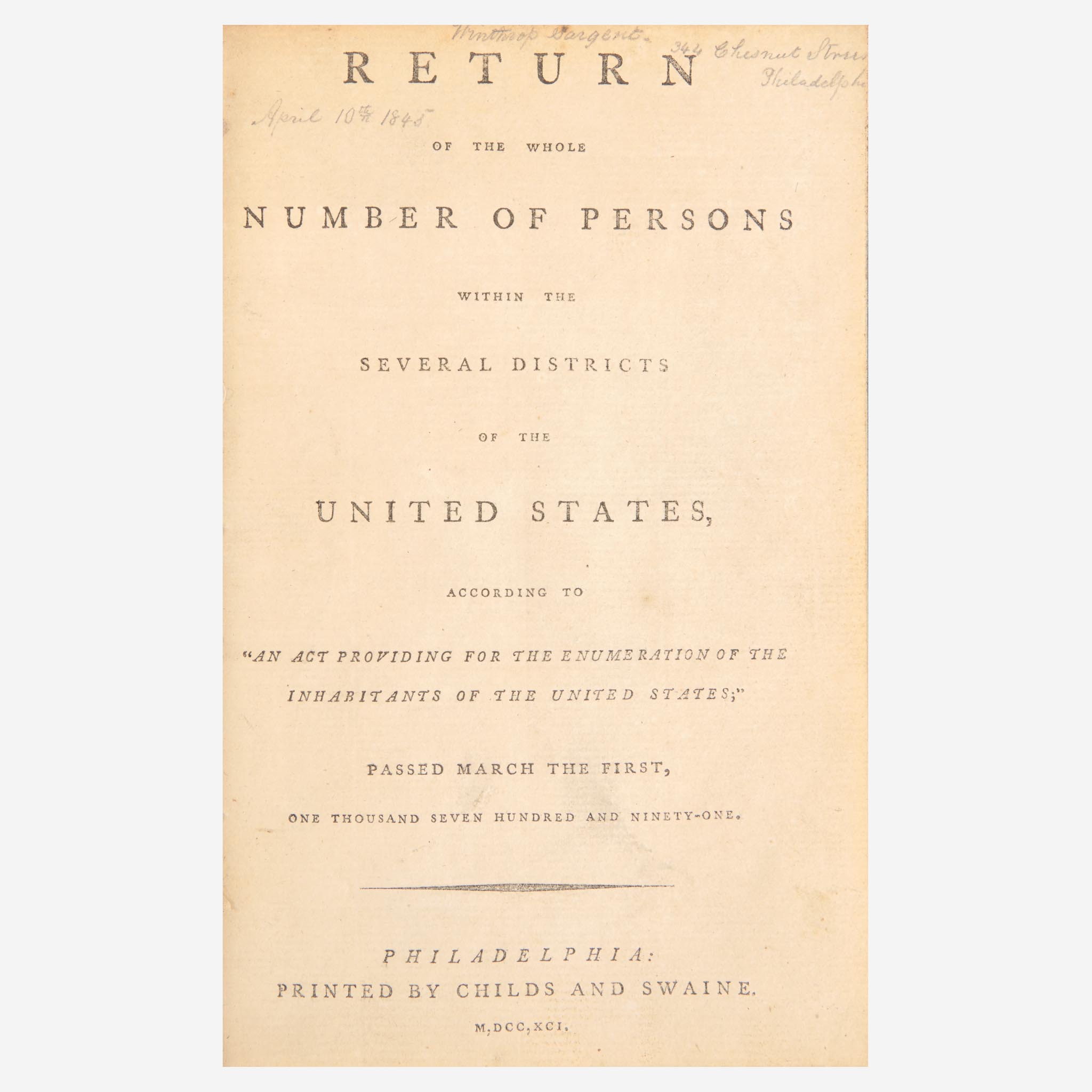 In 1789, when George Washington became the first president of the United States, no one knew just how many people lived within the borders of the young country. In the six years since the end of the American Revolution, the population had steadily grown, but efforts under the Articles of Confederation to tally every person had failed to materialize.

To rectify this problem, and to fulfill a mandate under the newly ratified Constitution for the apportionment of Congressional Representatives, on the first Monday in August, 1790, the first Federally-sponsored count of every living American began.

Considered one of the most significant undertakings of Washington’s first term, this monumental task was completed in just two years—amazingly efficient considering the obstacles of the time—by an army of hundreds of enumerators that scoured the country’s cities, countryside, and frontier, tallying every head.

The final results were published in the fall of 1791 in the very rare first edition of the first United States Census on offer in Freeman’s November 15 Books and Manuscripts: Rare Americana auction (Lot 18; estimate: $60,000-90,000). Remarkably, it was signed by then Secretary of State Thomas Jefferson, who oversaw the process. The final tally ran in at just under four million people (3,919,023, to be exact). 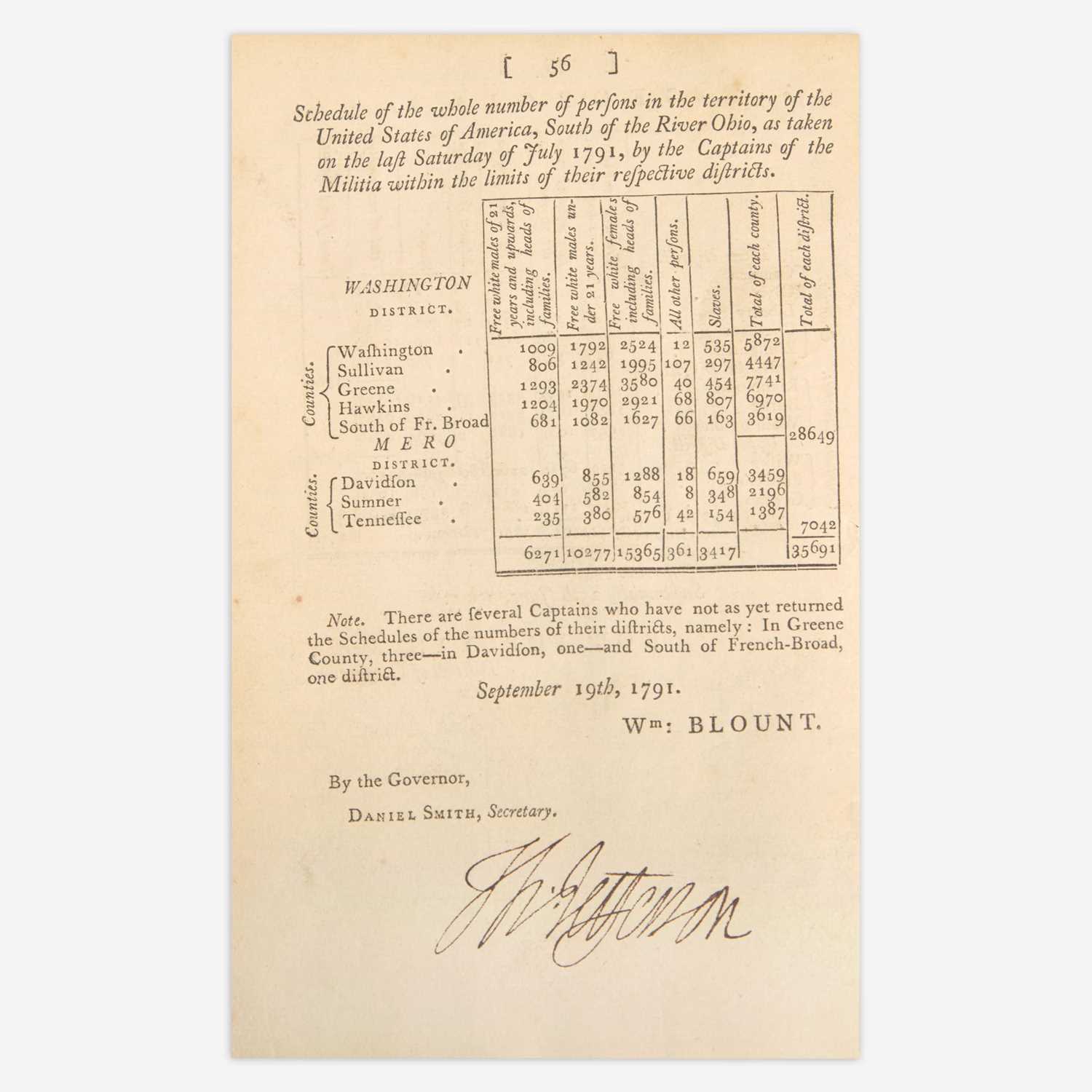 Although the figures were disappointing to both Washington and Jefferson, who believed the population was undercounted, they were nonetheless used by the young republic to project itself as a growing and competent power to skeptical European governments. It is believed that only 200 copies of the first edition of this landmark government document were ever printed, and it is also believed to be one of only a few copies that were signed by Jefferson himself, attesting to the numbers within.

As America’s population sits at close to 330 million people 230 years since the completion of this first census, this rare document provides a remarkable snapshot of the nation in its infancy.

View the rest of our November 15 Books and Manuscripts: Rare Americana auction.

Have something similar?
Get in touch with our Books and Manuscripts department to request a complimentary auction estimate.