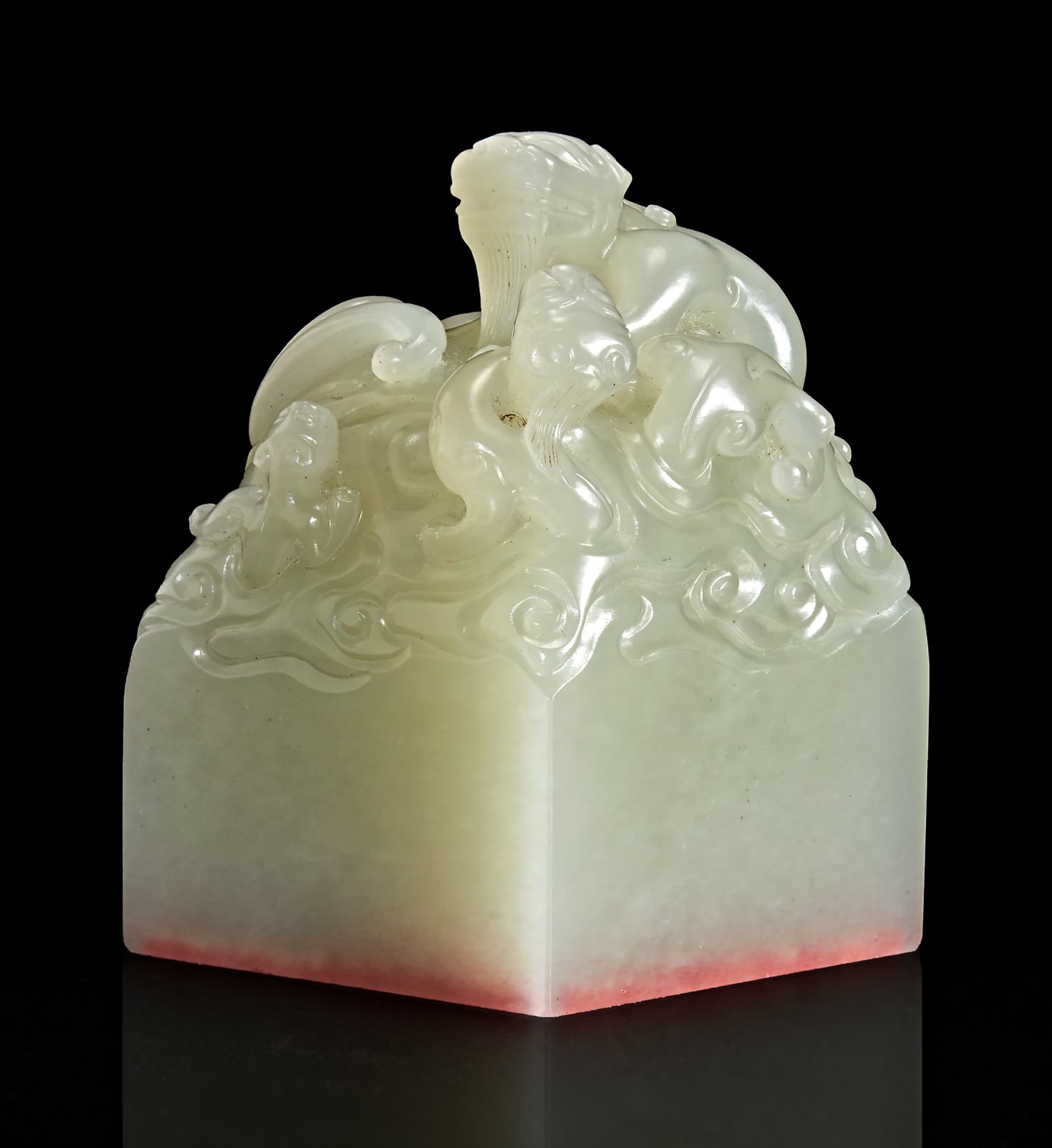 Freeman’s is honored to present a rare Imperial “Emperor Emeritus” celadon-white jade seal of great cultural and historical importance at its October 14 Asian Arts auction (Lot 107). An outstanding example of Chinese jade carving, the seal’s upper face is gracefully sculpted with a qilong and two smaller qilong among scrolling waves or clouds, likely referring to the Chinese saying “Canlong jiaozi,” which may be translated as “the Eastern [blue] dragon teaching his son(s).” The “Taishang Huangdi Zhi Bao” seal arrives to Freeman’s from a private collection and is presented at a presale estimate of $300,000-500,000.

The Qianlong Emperor of China—“Emperor Emeritus”—made a vow to voluntarily abdicate the throne to his heir in 1795, if he was blessed with a reign of sixty years. Remarkably, he reached this significant milestone, fulfilled his vow, and designated his fifteenth son, Prince Jia, as his successor. Post-retirement, the “Emperor Emeritus” commissioned approximately twenty “Taishang Huangdi” seals, which were executed in a variety of sizes, forms, and materials. The present jade seal is from this select group, consigned by descendants of the original collector. Its carving and polish are exceedingly fine, as would be expected of a work commissioned by the Qianlong Emperor, a connoisseur of jades. 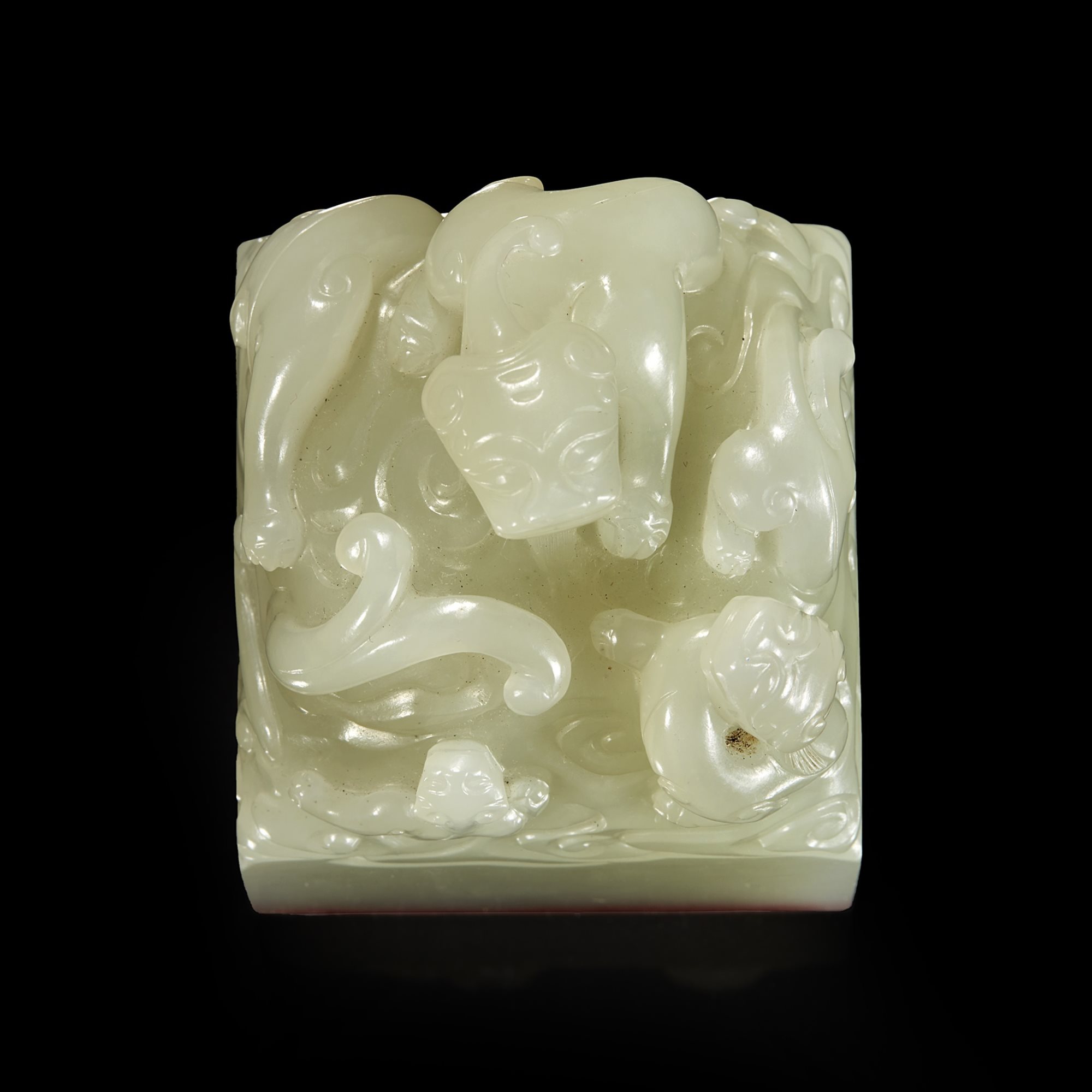 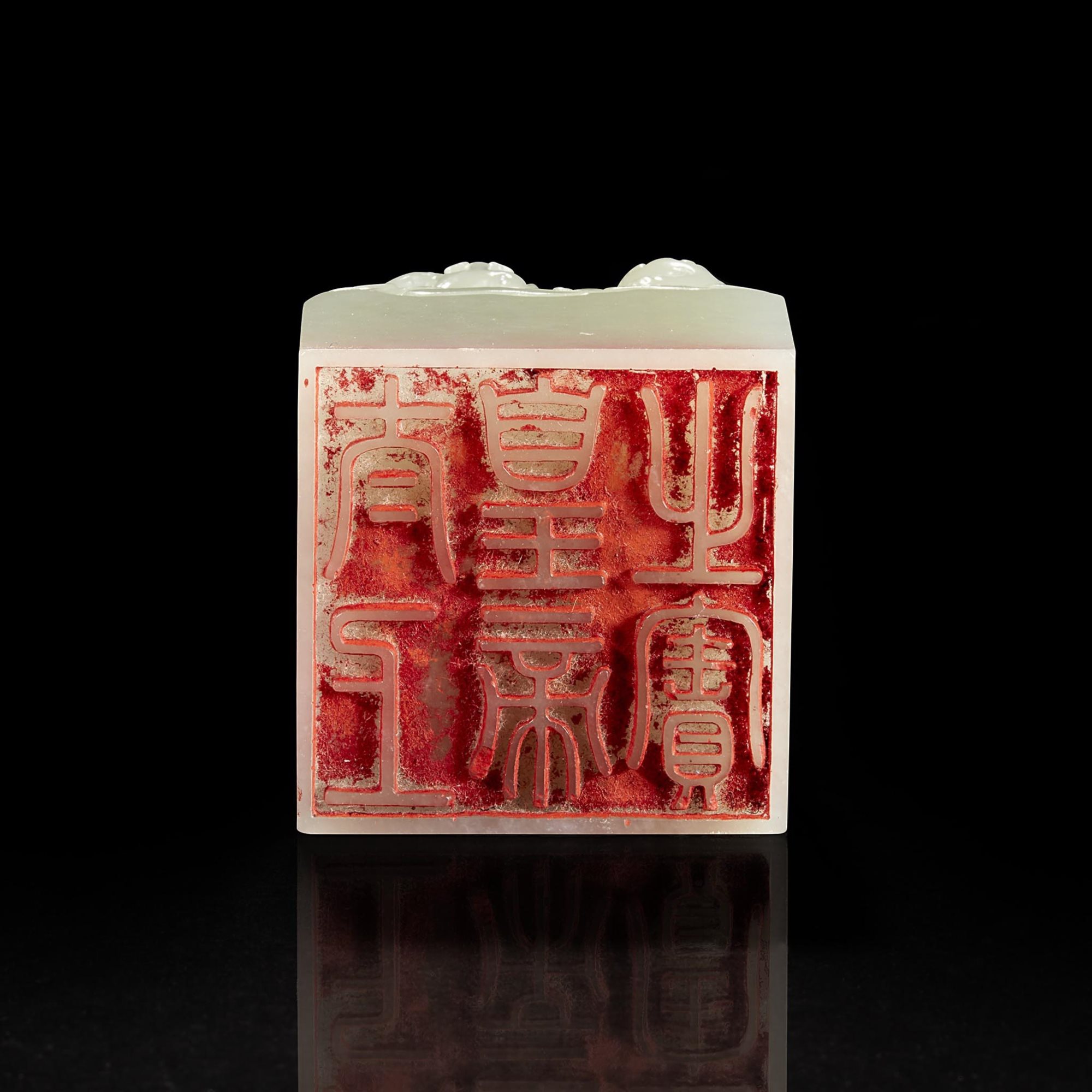 The October 14 sale of this rare jade seal confirms the strength of Freeman’s Asian Arts department in securing consignments of deep cultural significance, and in clients’ trust in our Asian Arts specialists’ expertise. Freeman’s impressive track record in presenting similar material at auction includes the 2011 sale of an important imperial white jade seal, also from the Qianlong period, that achieved a remarkable $3,725,000 (Lot 413A; estimate: $30,000-50,000). Earlier this year, a Chinese carved “Dragons and Waves” vase shattered estimates to sell for $2,316,000, nine times its presale high estimate (Lot 12; estimate: $150,000-250,000). 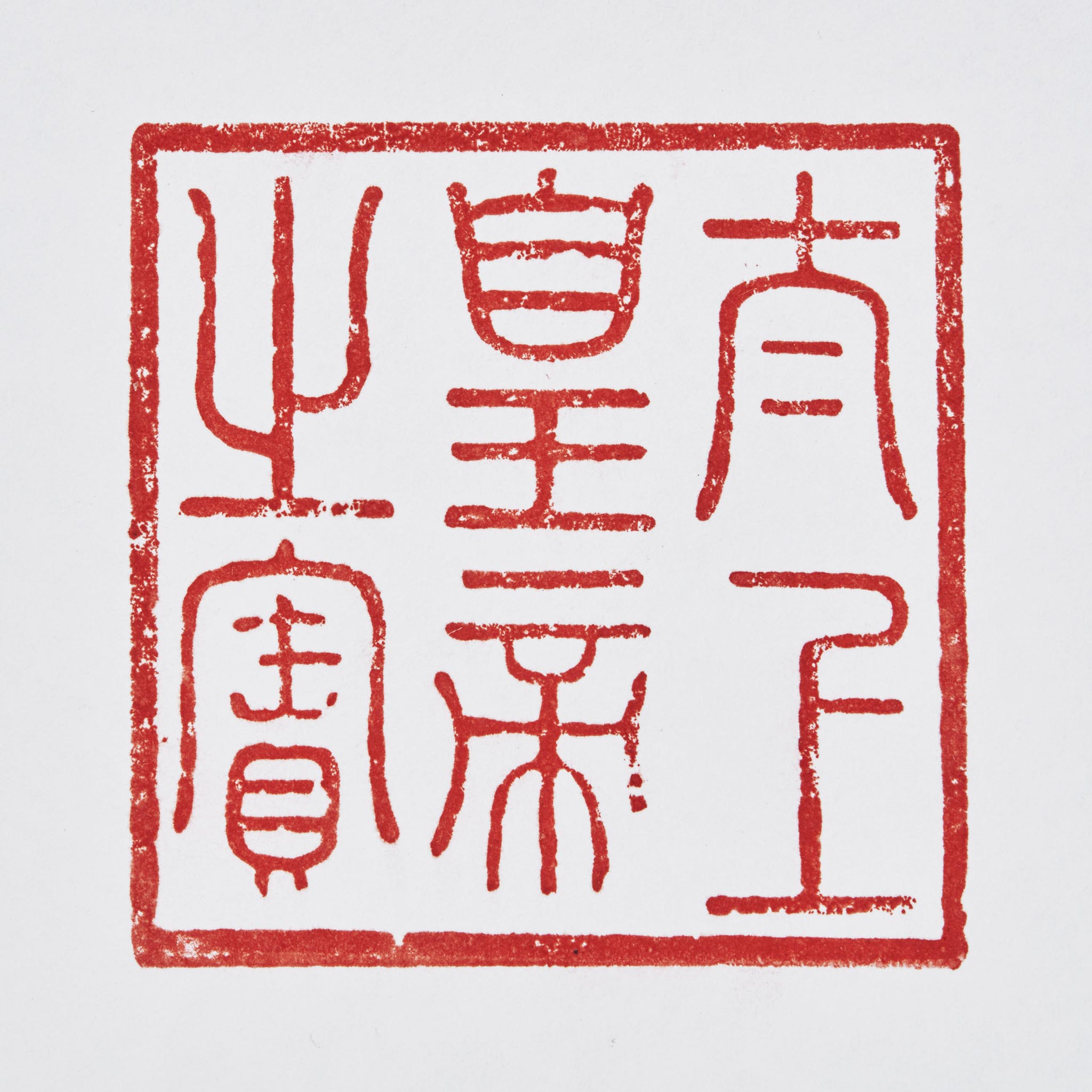 View the rest of our October 14 Asian Arts auction.