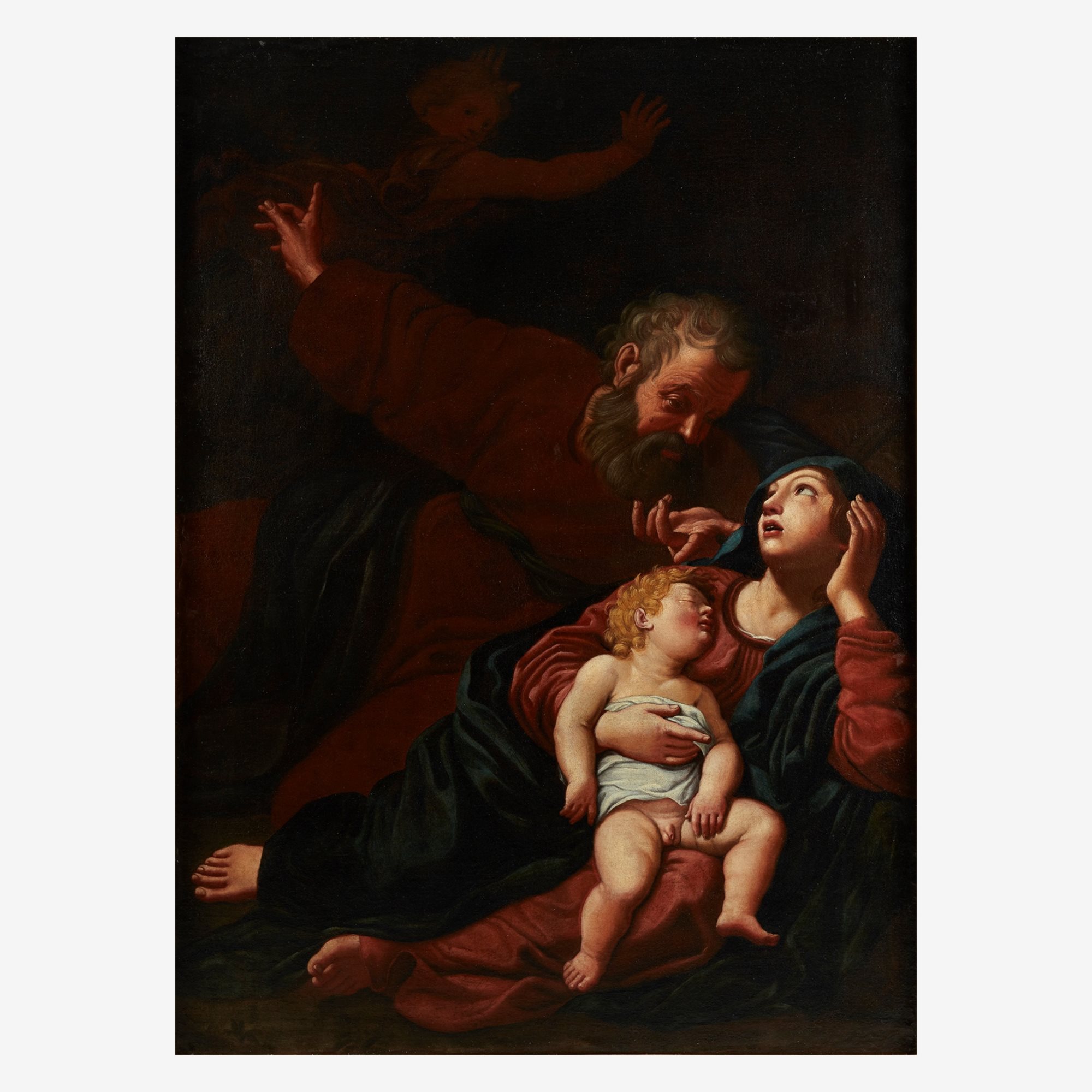 The present work is a (larger) variant of a similar composition previously known as the Holy Family and published in the 2002 monograph on the artist's work by Emilio Negro and Nicosetta Roio. As has now been proved, this Holy Family was in fact a fragment of a Rest on the Flight into Egypt scene, which would have featured the full figure of Joseph and Mary as well as an angel in the background, as exemplified by the present work. In their correspondance of August 6, 2016 in which Negro and Roio confirm the authenticity of the present work, they note that it was previously suspected that the Holy Family had indeed been cut down in the past. 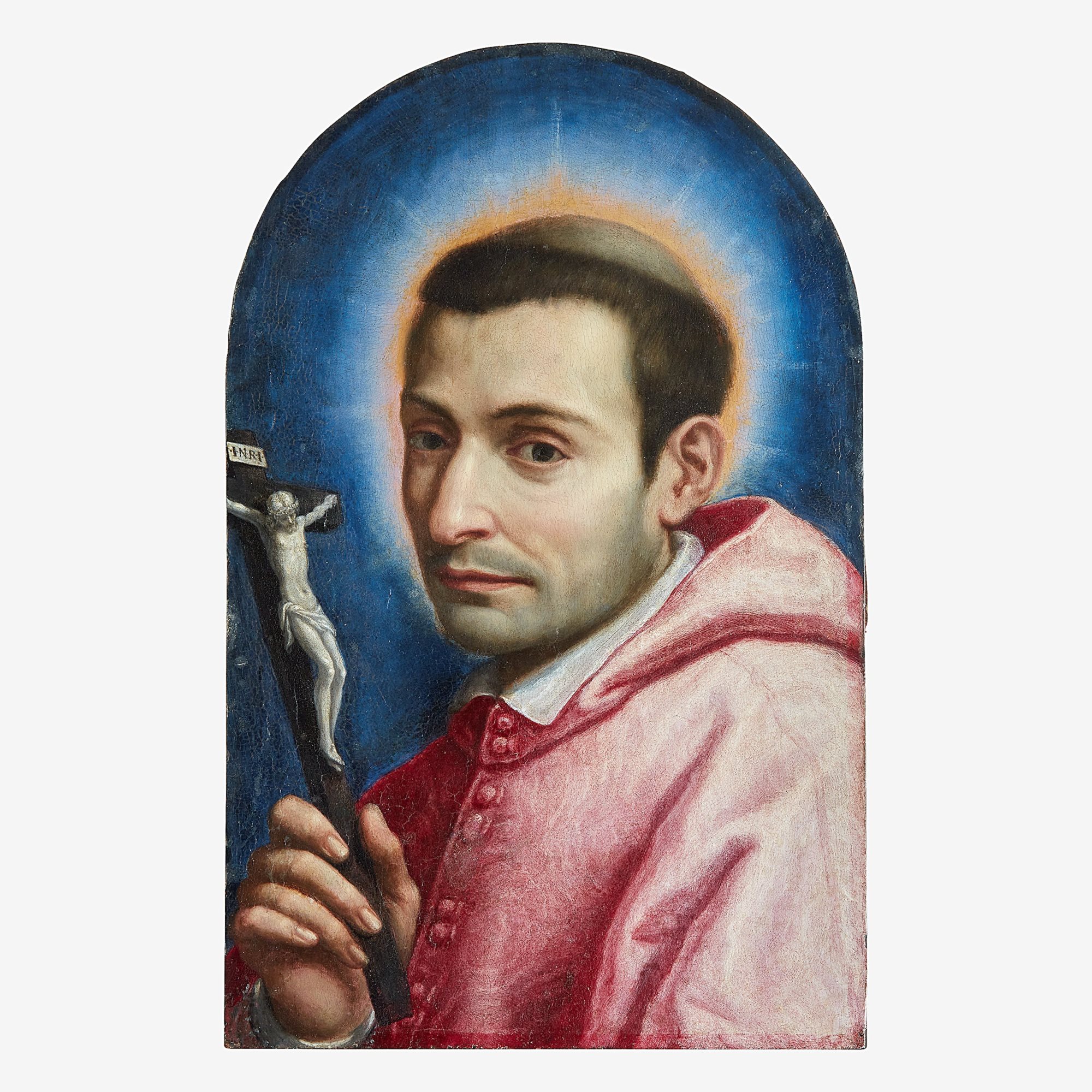 The present portrait depicts San Carlo Borromeo (1538-1584), the cardinal and Archbishop of Milan from 1564 to 1584. A central figure of 16th century Tuscany and Lombardy, he was one of the major protagonists of the Catholic Counter-Reformation against the Protestant Reformation, becoming a Saint in 1610. Carlo Dolci is known to have depicted Carlo Borromeo two other times: first in an oil on canvas from 1659, now in the Musée Magnin in Dijon, France; and in an oil on panel commissioned by the cardinal Carlo Medici now in The Palazzo Pitti, Florence, circa 1656-1661.

According to Prof. Spinelli, the present work was likely executed early in the artist's career, around 1630. The overall attention to detail, namely expressed via the figure's skin, the powerful hand clutching onto the crucifix and the distinctive light, relates to the Portrait of Stefano della Bella in The Palazzo Pitti (1631) as well as to the Portrait of Ainolfo de' Bardi (1632) in the Uffizi Galleries, Florence. The characteristic robe worn by cardinals, which Dolci here captures in a soft, shimmering pink, echoes his Saint John in the Fine Arts Museum of San Francisco, while his halo, depicted in bold orange hues against a deep blue background, is reminiscent of the Virgin and Child in the Borghese Gallery, Rome. 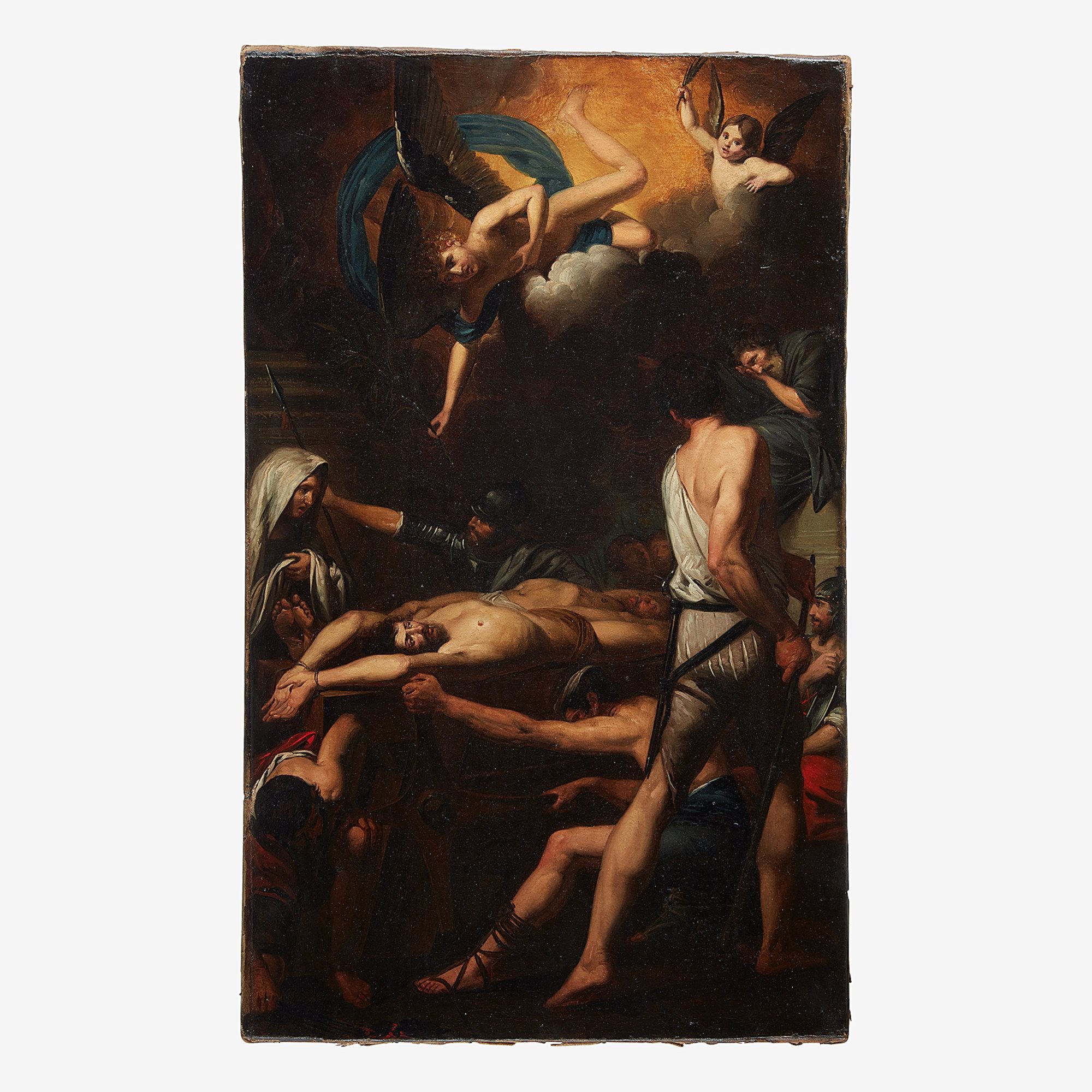 In his letter of authenticity, Gianni Papi writes: "In this remarkable painting, unrecorded and whose existence was unsuspected, we must recognize a sketch that Valentin made for his patron, as well as protector, Cardinal Francesco Barberini, for the altarpiece of the same subject," which the powerful cardinal commissioned to the French painter in May, 1629 for Saint Peter's Basilica, Rome. As Papi explains, such sketches (or bozzetti) were not only common practice at the time, but necessary in elaborating the final design the artists conceived in their mind, and which they needed to share with their patrons before execution.

The present work is the only known bozzetto attributed to Valentin de Boulogne, and is important in understanding the artist's thought process as it reveals one significant pentimento (artist's correction) that differs from the work's final state, namely: the attitude of the veiled female figure at the extreme left, whose face is constricted in pure dolor as exemplified by the open mouth and the shed tears, as opposed to the serene, and resigned expression which she adopts on the final version.