Update: Weißes Interieur (White Interior) By Carl Moll sold for $4.75m in the February 23 European Art & Old Masters auction. The work shattered the previous world auction record of $385,653 and ultimately sold to a private American collector for $4,756,000—more than 8 times its pre-sale high estimate. It is believed the buyer has the intention to exhibit the painting at The Neue Galerie in New York in the future. The significant painting is Freeman’s highest selling lot to date, surpassing the house’s 2011 record of $3.1m achieved by an important Imperial white jade seal from the Qianlong period. 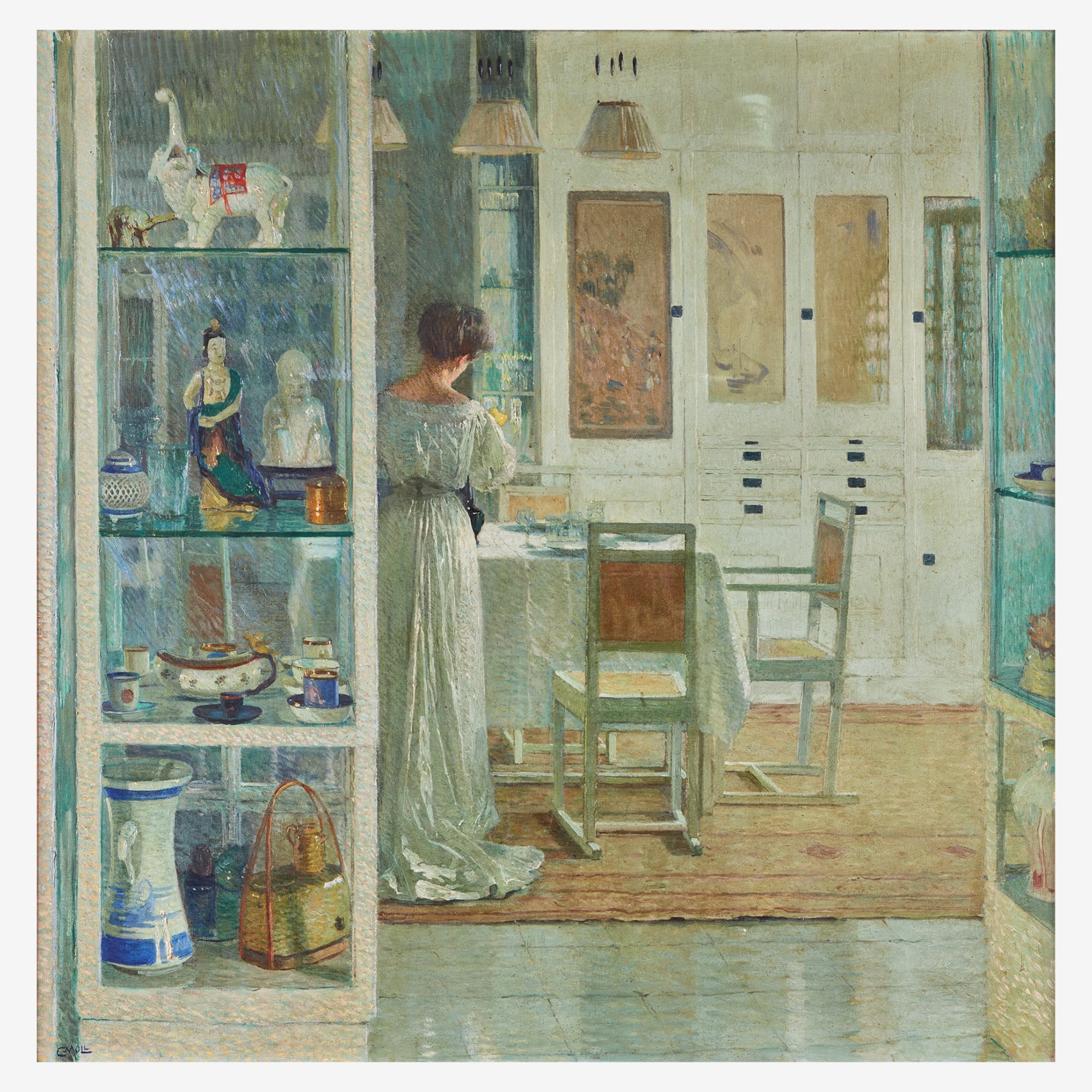 Executed in 1905, Weißes Interieur (White Interior) has never appeared on the market before. The canvas is presented with a $300,000 - $500,000 pre-sale estimate, the highest price range ever given to a work by the artist at auction.

Acquired in Germany in the early 1920s, Weißes Interieur by Carl Moll has since remained within the same family. It depicts writer and art critic Berta Zuckerkandl-Szeps in her first apartment in Döbling, Vienna, which she commissioned architect Josef Hoffmann to design. There, she held an influential Salon attended by intellectuals of the time including Gustav Mahler and Stefan Zweig. A similar work showing Zuckerkandl-Szeps in her second apartment in 1908 currently remains in private hands.

Moll was one of the founding members of the Viennese Secession along with Gustav Klimt and Egon Schiele. He became famous for his serene, elegant, often-bare interior scenes as exemplified by Weißes Interieur, which is marked by a sense of domestic tranquility through its careful balance of color and diffuse light.

Weißes Interieur was exhibited in Berlin in early 1905 and again at the Folkwang Museum in Hagen in 1906. Its last public appearance was at Vienna’s celebrated Kunstschau in 1908, where it was featured alongside Gustav Klimt’s iconic The Kiss (now in Belvedere Museum).

On February 23, Weißes Interieur will be offered alongside a drawing study for the portrait of Margarethe Stonborough-Wittgenstein by Gustav Klimt. The auction will also feature a late still-life with roses by French Impressionist Pierre-Auguste Renoir, as well as a rare nocturne landscape by Czech tonalist painter Jakub Schikaneder.