This week, the architecture world lost one of its most influential figures with the passing of visionary Robert Venturi.

A native Philadelphian, Venturi was born in 1925 and studied architecture at Princeton University, where he also received an M.F.A. Together with his wife and partner of more than 50 years, the architect Denise Scott Brown, he is responsible for several industry-changing publications-including "Learning from Las Vegas" and "Complexity and Contradiction in Architecture"-as well as the fundamental approach the study and practice of architecture.

He was credited for coining the oft-quoted postmodern maxim, "Less is a bore."

And indeed, his architectural output over the course of his long life His designs dot the city of Philadelphia, though his thoughtful eye for postmodernism stretched far beyond, with commissions as far as London, for the Sainsbury Wing of the National Gallery, the Seattle Art Museum, and even a resort inside the Nikko National Park in Honshu, Japan. Venturi is perhaps best-known for the Chestnut Hill house he designed for his mother, Vanna, in 1964, considered one of the first, if not the first, examples of postmodern architecture; it was even commemorated on a United States postage stamp in 2005. His 1963 Guild House, located at 7th and Spring Garden Streets, in Philadelphia, has been continuously hailed for its influential, if ironic design; Venturi intentionally combined historic forms with what he called "banal" 20th-century commercial architecture. Commissioned by the Quaker Friends Neighborhood Guild, the building was and remains a six-floor housing complex for the low-income elderly. 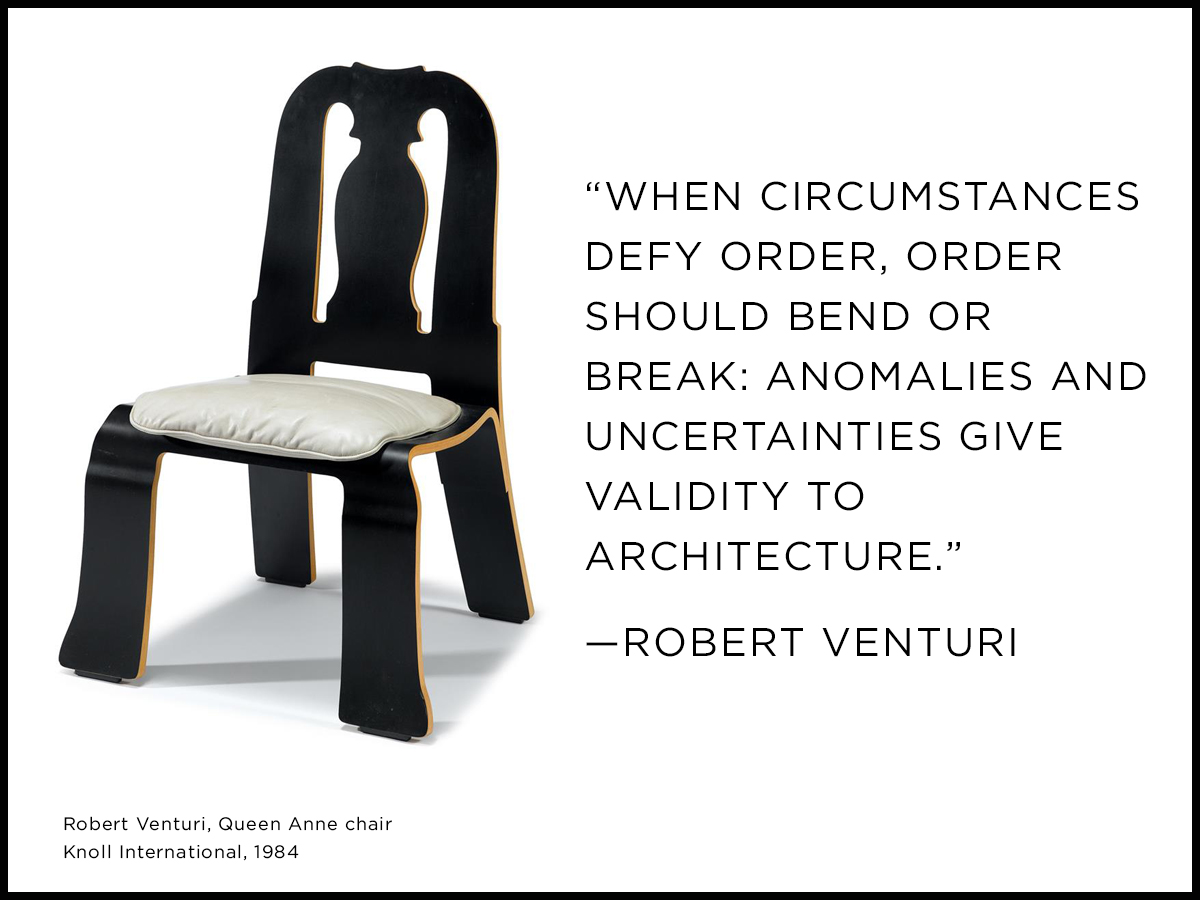 In 1984, he turned to architecture on a smaller scale, designing furniture that played on classic forms for Knoll. With modern takes on Chippendale and Art Nouveau designs, Venturi also created the Queen Anne chair, which flattened its original form and added colorful, playful patterns.

He died Tuesday, due to complications from Alzheimer's. Robert Venturi was 93.