A selection of five works by Kipniss on offer at Freeman's June 29.

Robert Kipniss began his 71-year-long career as a poet before shifting his focus toward oil painting, and later printmaking. A New York native, Kipniss has received numerous prestigious awards throughout his career, and has had several monographs and catalogues raisonnés dedicated to his productive oeuvre.

A poet in addition to a prolific painter and printmaker, Kipniss began his career juggling his multiple artistic endeavors with jobs at bookstores or a night shift at the post office to make ends meet, as told in an interview with Freeman's specialists Darren Winston and Stella Benakis. "I was driven, absolutely driven," says Kipniss. "I was writing and painting, and when I started showing, I liked that a lot. I never equated a successful career as an artist with making money; the great reward for making art is making art." 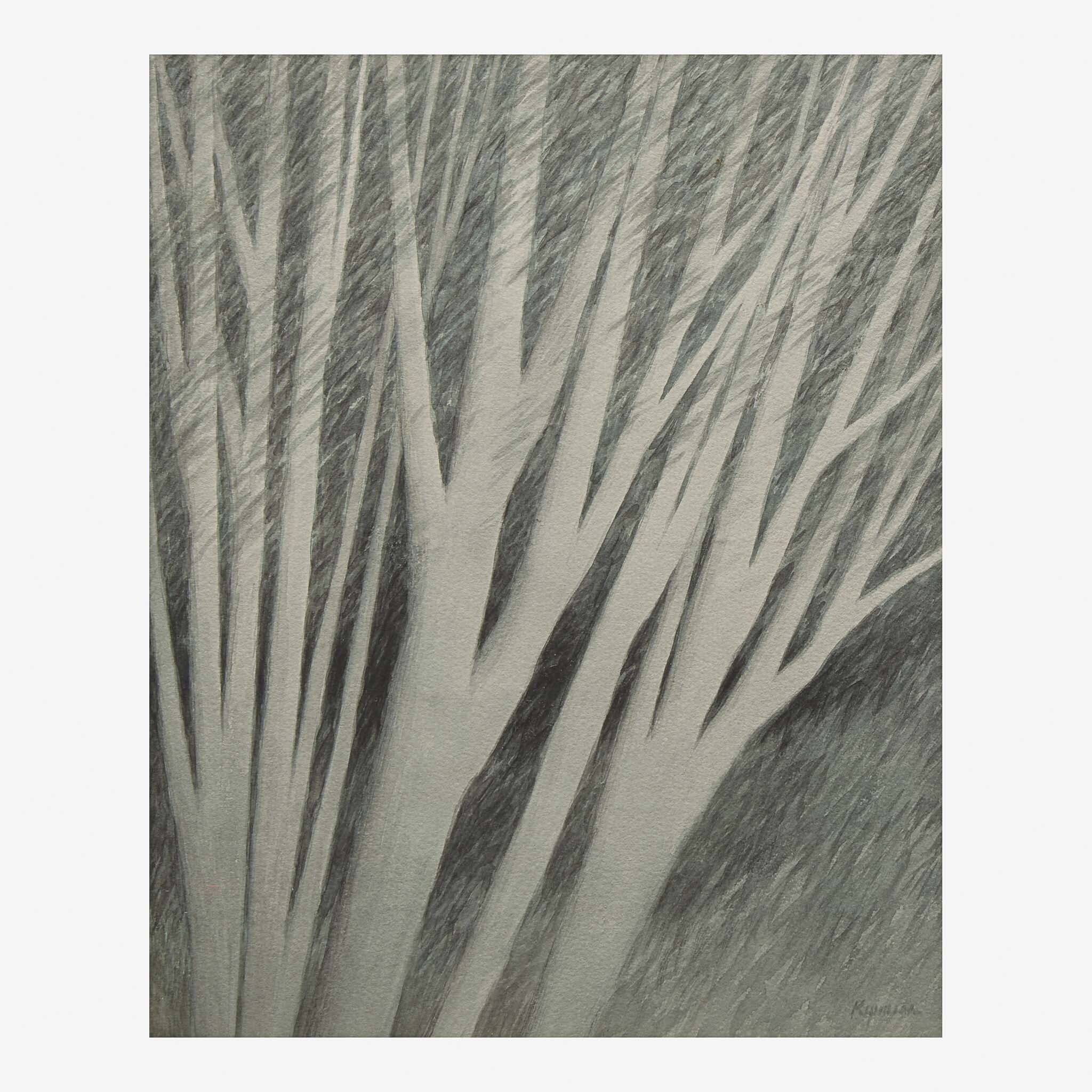 Kipniss’s works presented in Freeman’s June 29 Art and Design auction are representative of the artist’s moody, bold style, which has earned him international renown and respect. Speaking of his career trajectory, Kipniss says, "My first paintings were abstractions, but abstract paintings never satisfied me. I wasn't fulfilled by them." Critical of the dominant mode of expression of the day, Abstract Expressionism—referring to the "stranglehold" it had on the art world—Kipniss turned to a mode of landscape painting and printmaking all his own. 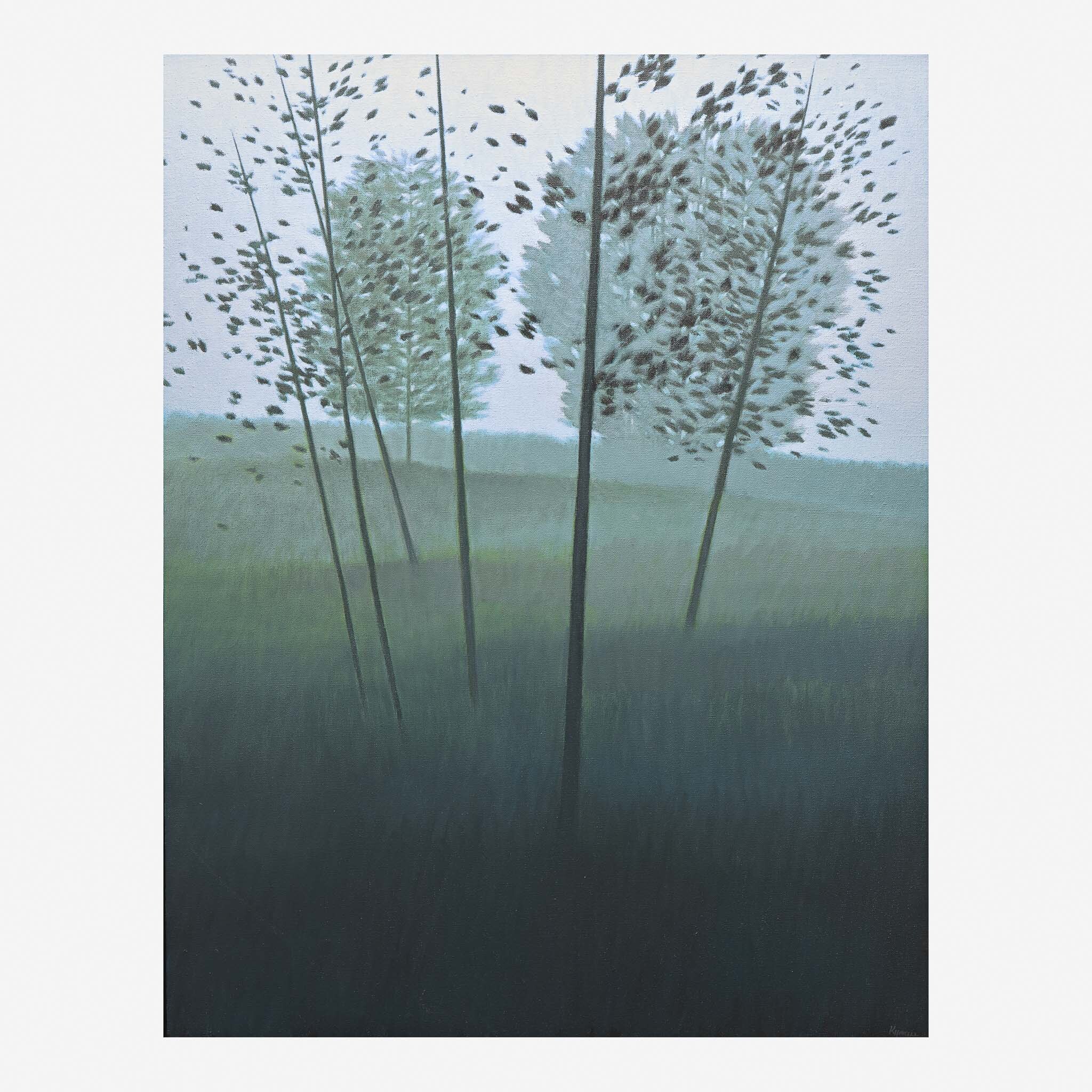 All paintings offered here feature the artist's quintessential tortuous trees—sometimes bare, sometimes blowing away—set against a monochrome landscape. One can often spot a house or a hamlet nestled in between the hills in the distance; this hauntingly serene detail is keenly exemplified in Landscape w/ mountain & cloud (Lot 40; estimate: $2,500-4,000). 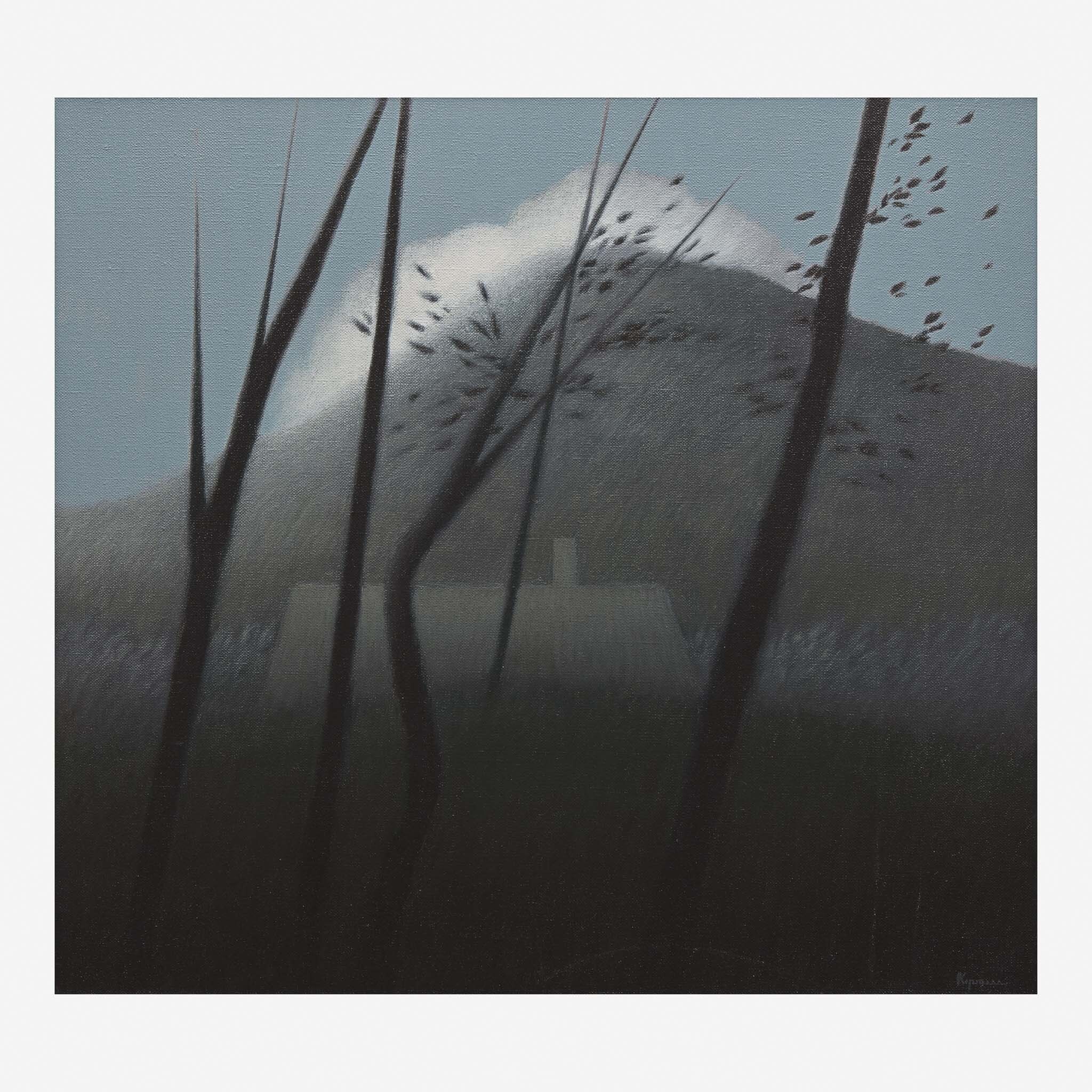 Occasionally, the bare exterior of those houses can be seen through the lens of a closed window, which transforms the piece into an evocative, moving still life. Still Life with Eye Glasses, which sold for $4,095 at Freeman's May 11 Modern and Contemporary Art auction, is one such example where the artist employs his signature subdued colors and loose brushwork to an interior scene, while still conveying the same quiet solitude of his outdoor paintings. The works are all devoid of any human form, reduced to the minimum in order to convey a sentiment of isolation and introspection. 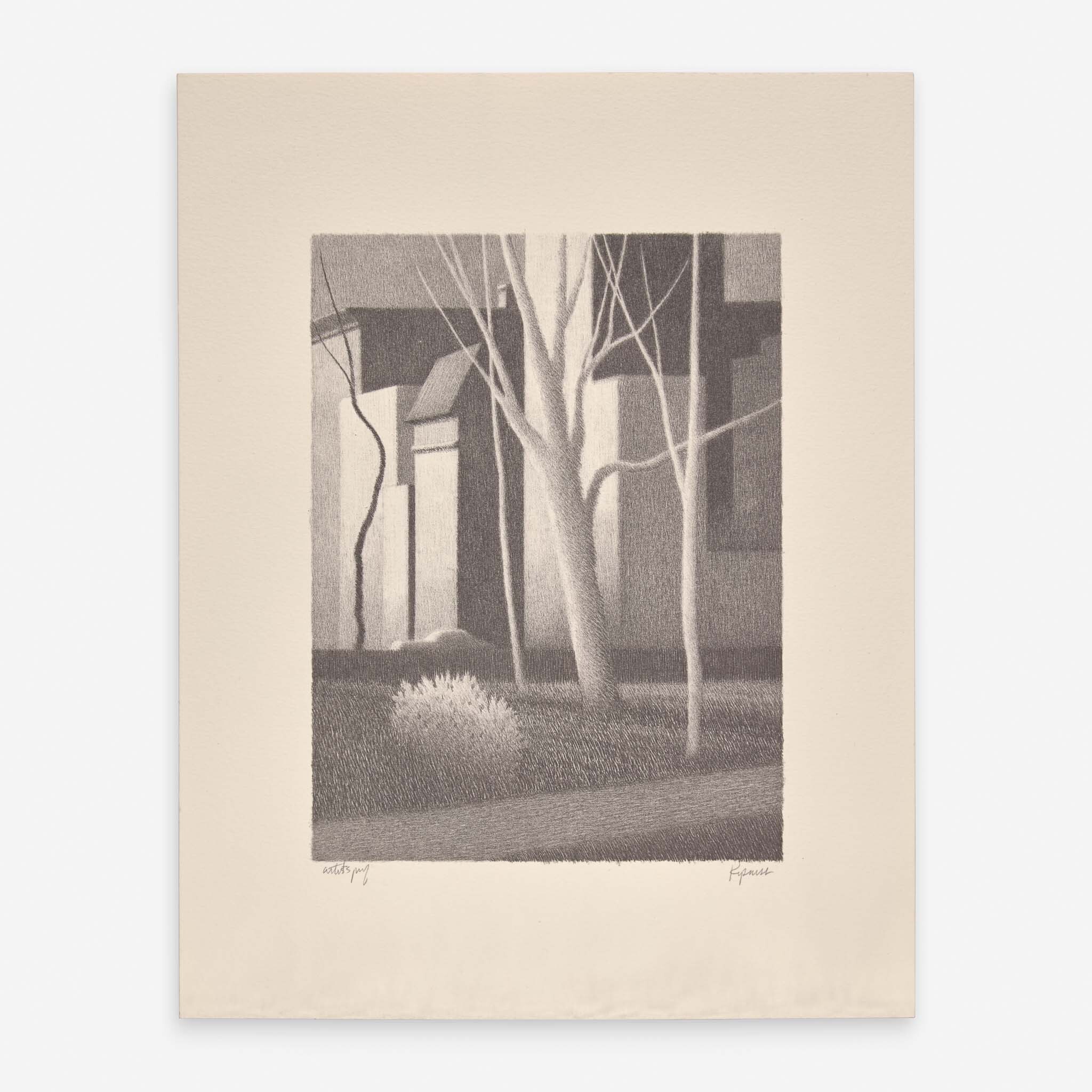 The restrained color palette and fuzzy technique found in Kipniss’s works contribute to an overall atmospheric effect, which reflects the artist’s mixed feelings of awe and anxiety toward nature and self—a “twilight zone between recollection and imagination,” as explained by a Time magazine review of the artist’s 1966 solo show.

In addition to his paintings, Kipniss produced thousands of prints throughout his career, a process he describes as distinct but related to his painting practice. "With lithography," says Kipniss, "it's similar to painting in that you're really drawing with form. My approach to lithography is not linear; it's volume, form, light, and shade. It's very much like my painting, and I took to it very well."