A glimpse into the transcontinental success of the "father of modern sculpture."

From Paris to Philadelphia, the enduring influence of master sculptor Auguste Rodin is evident in public and private collections across the world. The artist’s best-known sculptural works have experienced such thorough cultural permeation that it’s not difficult to understand why he’s been deemed the father of modern sculpture. For the full picture of Rodin’s ascent to power in the late 19th century, it’s instructive to take a transatlantic leap from the artist’s native Paris to Gilded Age America.

Though Rodin—who spent most of his life in Paris—never traveled to the United States, he nonetheless enjoyed an enthusiastic following and robust patronage from Americans during his lifetime and beyond. The artist’s big break into the American market arrived at the opening of the 1893 Chicago World’s Fair, where three of his sculptures were displayed; it was a window into both the massive success and controversy to come in Rodin’s career, as the naturalism and nudity of his sculptural subjects caused the works to be cordoned off into a separate, private viewing space. 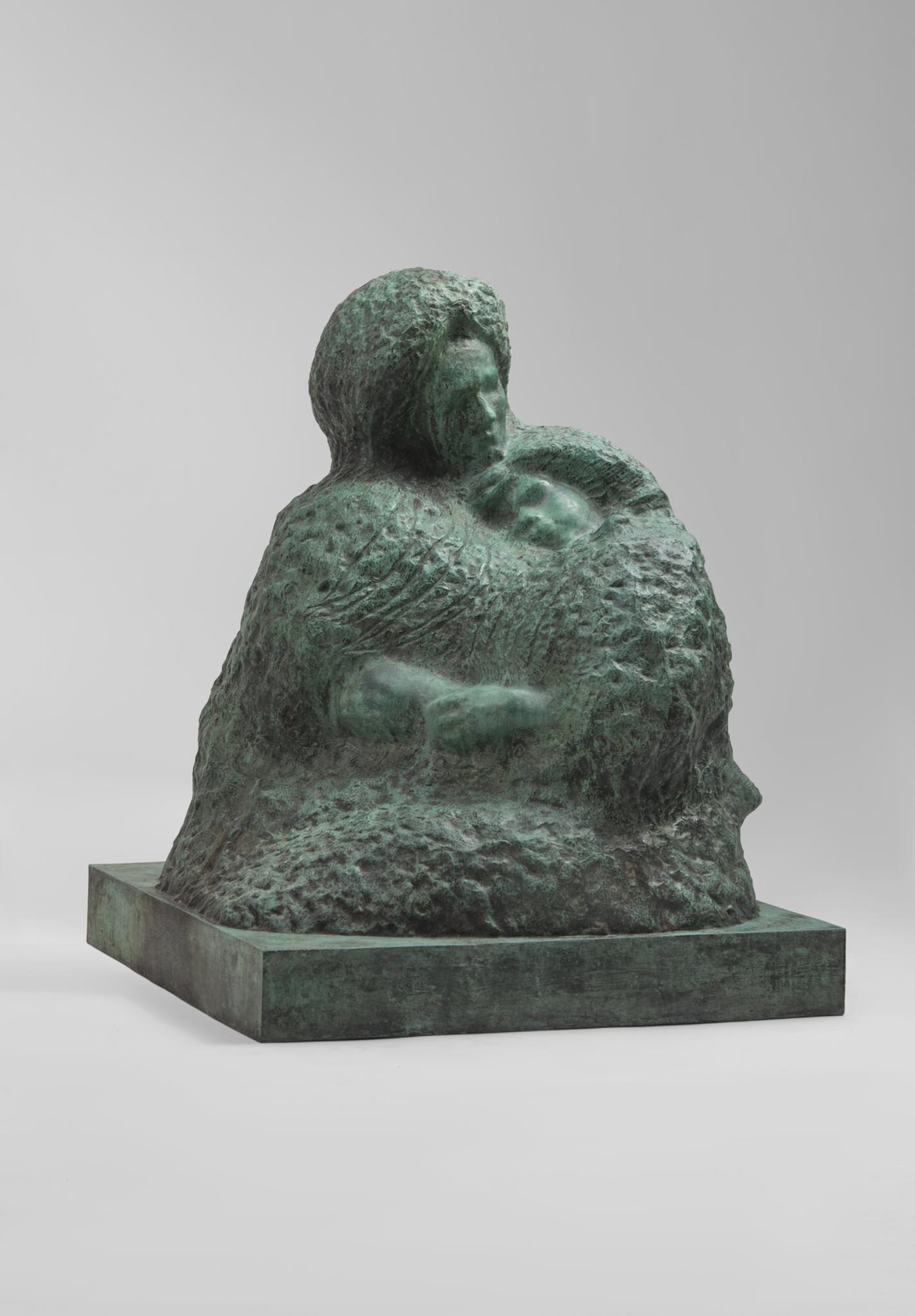 Rodin’s stateside success was a matter of both talent and timing: he emerged forcefully in the market at the height of the Gilded Age, when an entire segment of Americans was newly endowed with the profits of the country’s rapid industrialization efforts. With this newfound wealth, the collecting class fashioned their artistic sensibilities and domestic interiors after the European aristocracy—and the works of a European master like Rodin were ideal additions to such collections. At the end of the 19th century into the 20th, Rodin found support among such major American figures as Isabella Stewart Gardner, Sarah Tyson Hallowell (who brought his work to the World’s Fair), and Chicago businessman Potter Palmer.

Among his patrons were also Mrs. Thomas Merrill and her husband Thomas D. Merrill, an American lumberman who met Rodin during a trip to France in 1908. Having tragically lost Sally Hicks Croswell, her daughter from a previous marriage, four years before this meeting, Mrs. Merrill commissioned Rodin to create a tribute to Sally in marble. The resulting sculpture, Mère et Fille Mourante (Mrs. Merrill and her Daughter Sally), was cast in bronze following Rodin’s death in 1917, and the two bronze versions were sent to the Merrill family in Virginia, while the marble version was kept in the Musée Rodin in Paris, where it remains today. One of the two extant bronze copies is on offer at Freeman’s February 22 European Art and Old Masters auction (estimate: $250,000-400,000). 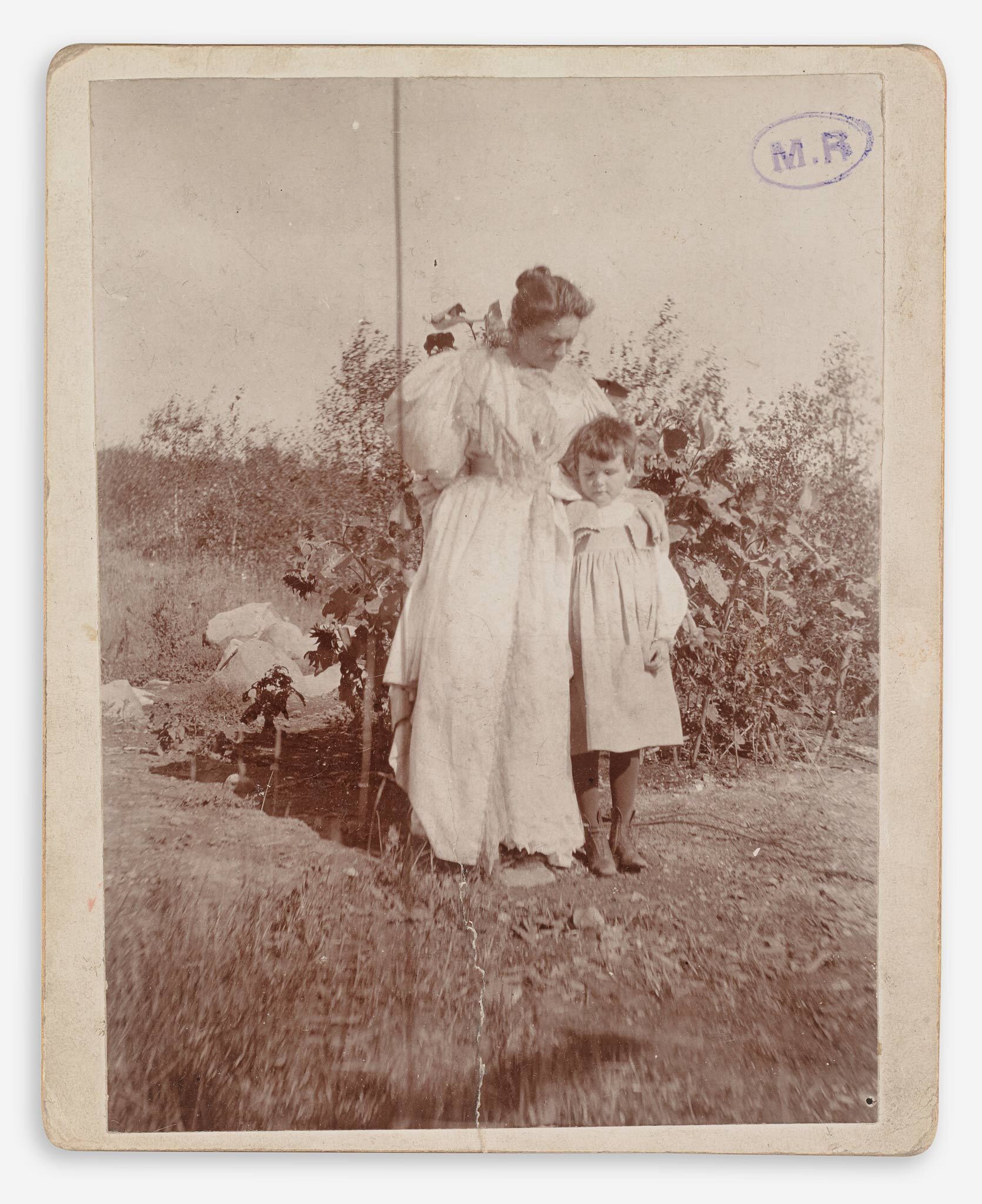 Mère et Fille Mourante is both haunting and moving: at the same time that it memorializes the death of a child, it also serves as an everlasting testament to the maternal bond between Mrs. Merrill and Sally—as well as mothers and their children generally. In many ways, Mère et Fille Mourante emblematizes Rodin’s artistic preoccupations at the time of its realization in 1910: it features both a rough, unfinished mass of material as well as intricately detailed faces and hands, and it foregrounds the passionate embrace between mother and daughter, all against the backdrop of American patronage.

Here, the subjects’ hands emerge as if from a cloud of verdigris bronze to show another point of connection between mother and child. Mère et Fille Mourante was not the only occasion for Rodin to sculpt Sally’s hands; the artist also created Memorial Relief (Hand of a Child) in 1908, a work that was ultimately gifted by the Merrill family to the National Gallery of Art in Washington, D.C. And Rodin’s focus on hands has been thoroughly noted by audiences and scholars alike; indeed, this fixation is the subject of Rodin’s Hands, an exhibition opening February 4 at Philadelphia’s Rodin Museum, which has remained the largest collection of Rodin sculptures outside of France since its founding in 1929. 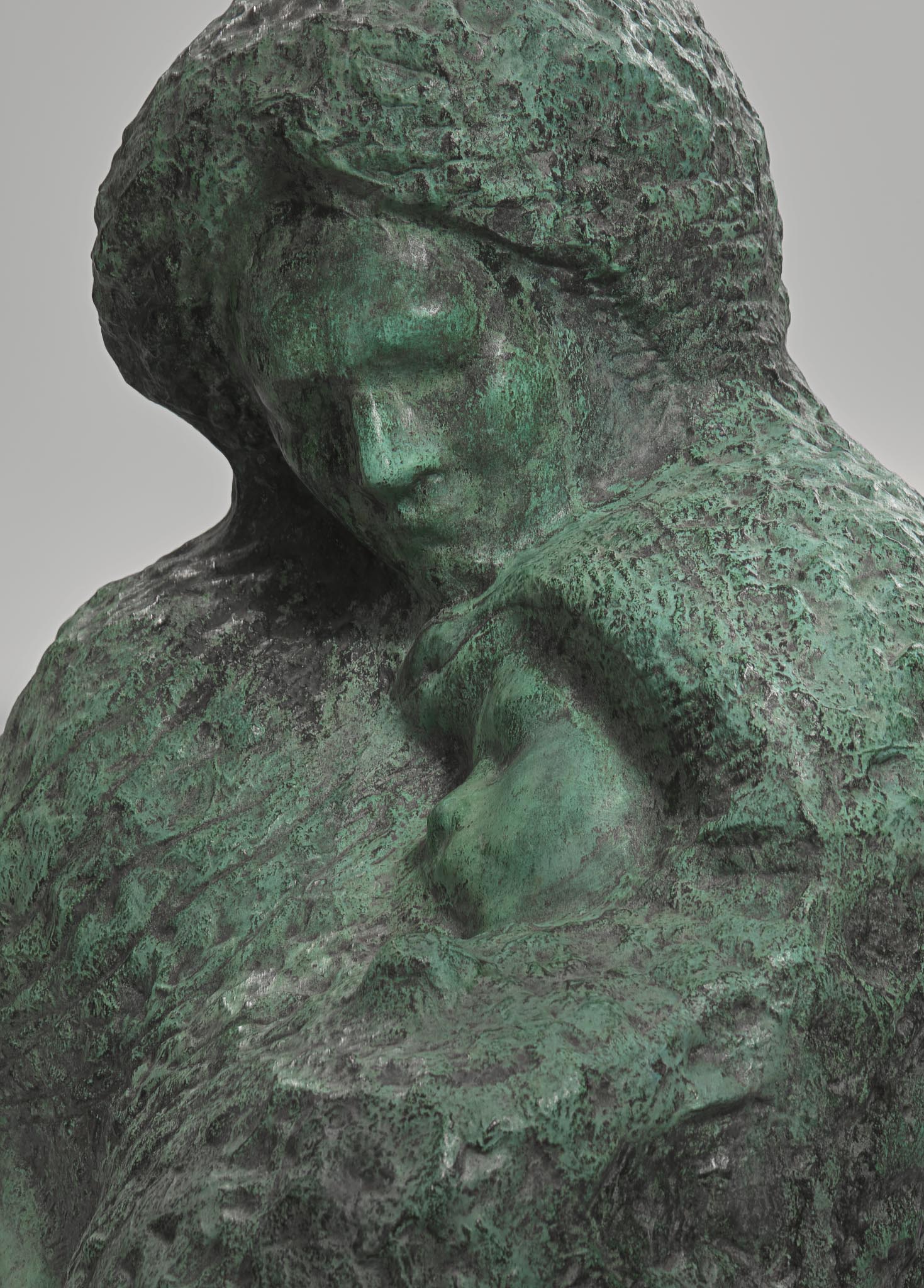 Indeed, Philadelphia’s Rodin Museum itself is a tale of such turn-of-the-century American-European relations. The museum was formed at the behest of Jules E. Mastbaum, a Philadelphian who came into great wealth as a movie theater magnate; though Mastbaum never knew Rodin personally, as he began collecting his work after the artist’s death, he made many collecting trips to Paris in the 1920s. Mastbaum passed away before the construction of the museum, but his vision for a stateside home for this vast, impressive Rodin collection—made possible by early 20th century wealth and collecting sensibilities—lives on in Philadelphia.