From the East Coast to West, Freeman's December 7 auction offers views of American life in the 19th and 20th centuries.

Freeman’s December 2021 American Art Week features three back-to-back sales of American painting, prints, sculpture, and works on paper—but perhaps nowhere do we get such an intimate glimpse into American life as in Simply American: Fine Art from a Private Texas Collection. Composed of about forty paintings—most of which have significant exhibition history—the December 7 sale offers a selection of landscape, still life, and portrait work that are quintessentially American. 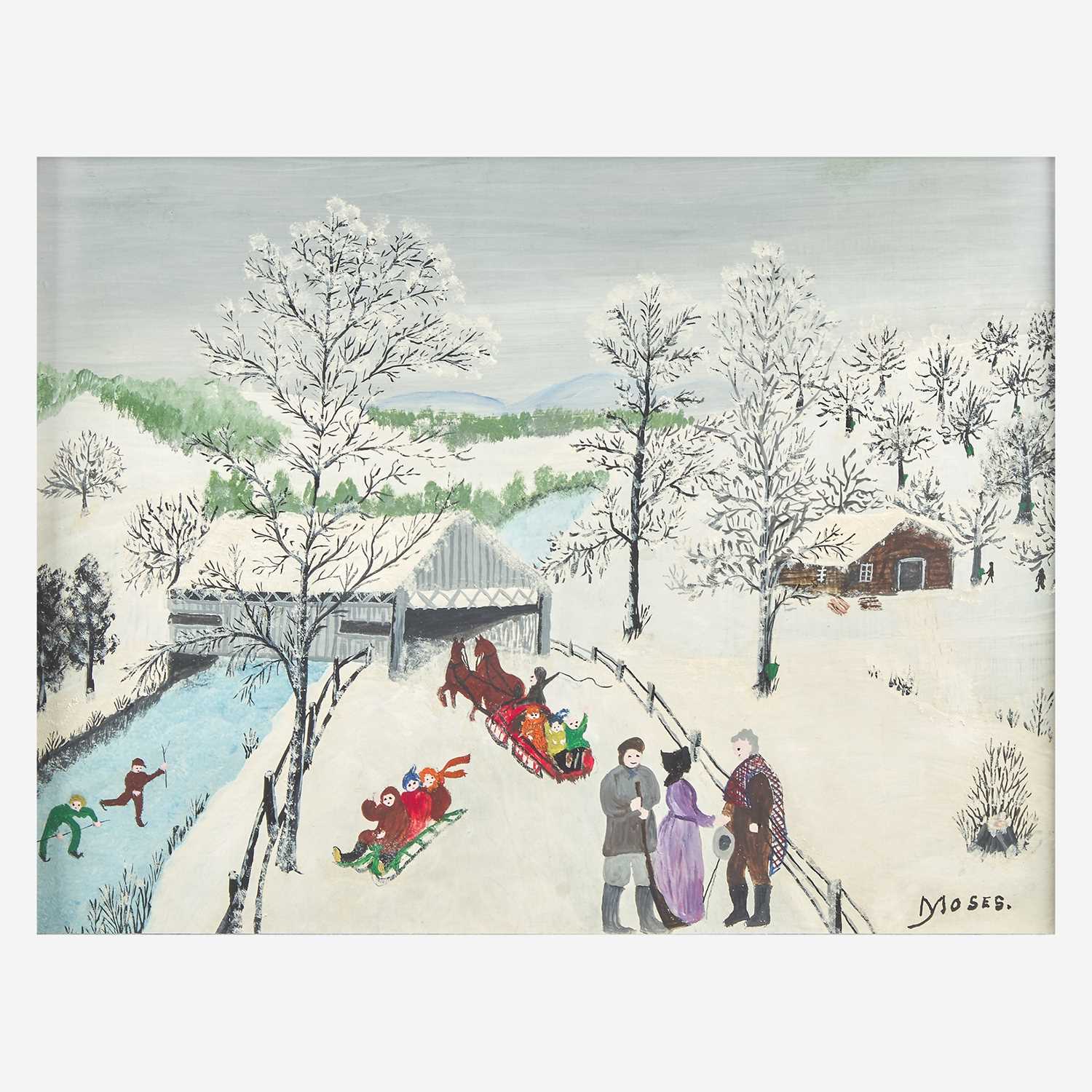 If anyone was an expert on the ins and outs of American life as it was lived in the late 19th and early 20th centuries, it was Grandma Moses. Born Anna Mary Robertson the year before the outbreak of the Civil War in Upstate New York, where she would remain for the rest of her life, Moses has since garnered a passionate following and prominent market presence for the scenes of rural life she began to paint in her late seventies. In Simply American, Freeman’s is honored to present Moses’s A Winter Day (The Old Bridge, Richmond, Vermont) (Lot 44; estimate: $25,000-40,000), a quintessentially New England winter scene conjured from memories of Moses’s own childhood. The painting’s covered bridge, snowy hills, and barren trees are classics of winter landscapes, while Moses’s rendering of human figures—slightly flattened, with simply painted faces—is reminiscent of Bruegel. 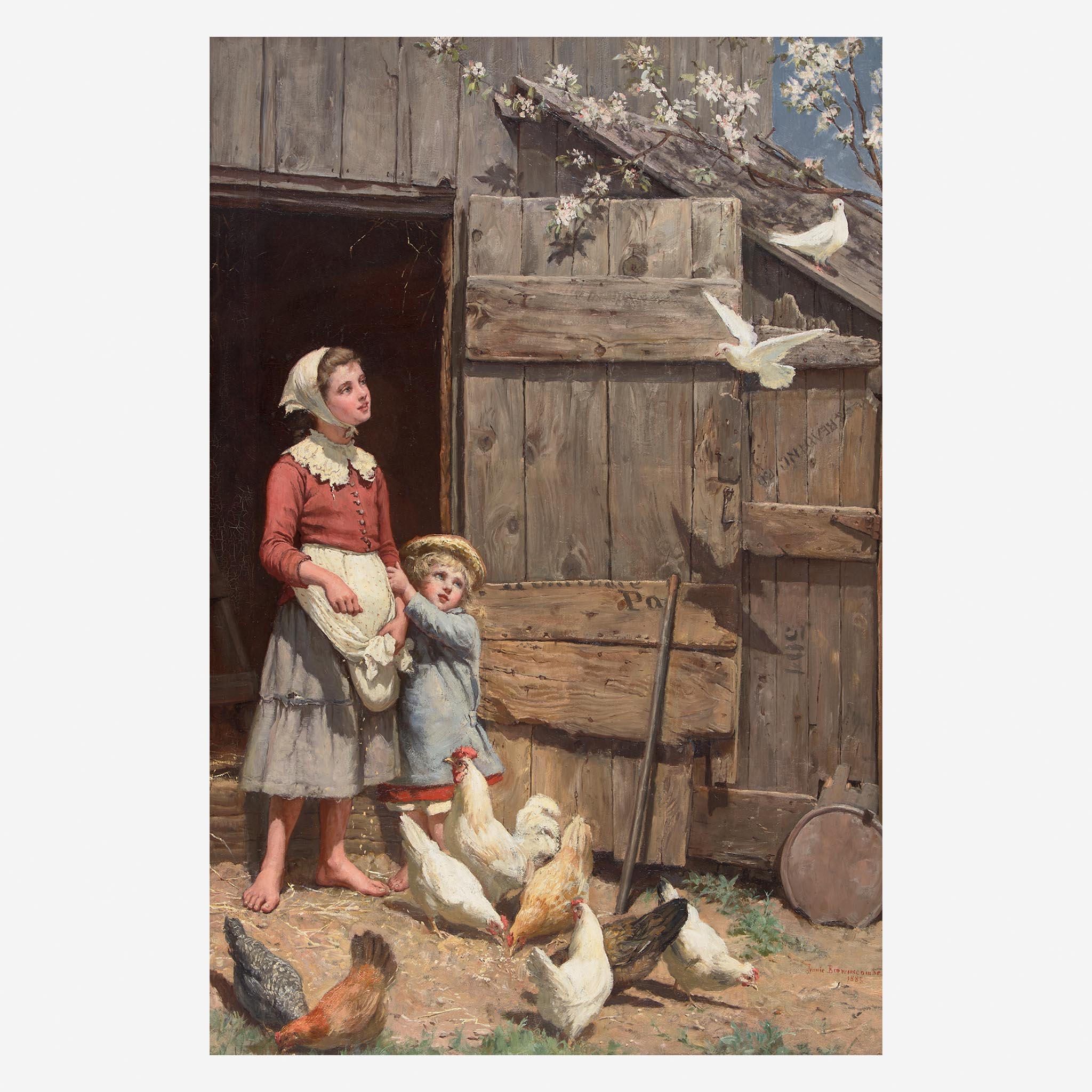 If Grandma Moses presented a day in the life of rural America with a bird’s-eye perspective, Jennie Augusta Brownscombe zooms in. In The White Dove (Lot 28; estimate: $2,500-4,000), Brownscombe offers a personal and intricately rendered view of two young figures at the threshold of a barn door, as if the arrival of the titular bird has just interrupted a conversation between the subjects and the viewer. Made in 1886, this farm scene is a fine example of Brownscombe’s output; she executed rural and at times patriotic scenes in a number of mediums, achieving success and renown in her lifetime. Just as Grandma Moses and Jennie Augusta Brownscombe were painting American life, they were also shaping it; both artists exemplified that women’s roles were slowly but surely shifting, permitting for education, professionalization, and more freedom for women. 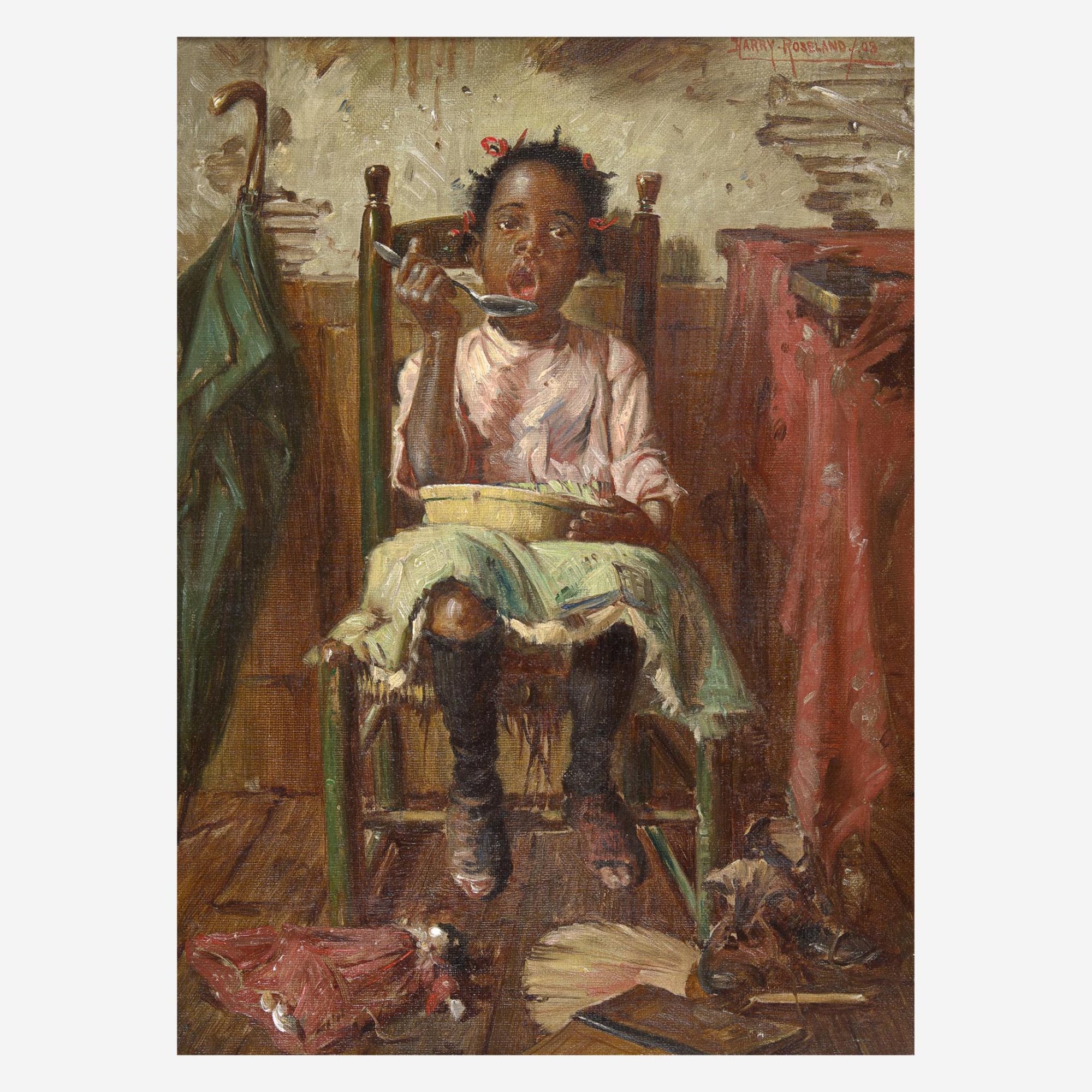 Harry Herman Roseland’s Morning Grits (Lot 42; estimate: $4,000-6,000) is also a portrait of American life, albeit a very different kind than the one Brownscombe was accustomed to painting. Roseland focused on the plight of poor Blacks at the end of the 19th into the 20th centuries, particularly in his native Brooklyn. Morning Grits depicts a young Black girl in a wooden chair with a bowl of grits in her lap, surrounded by the detritus of everyday life: an umbrella, a torn tablecloth, and an errant doll, broom, and book displayed on the floor beneath her. Through Roseland’s errant brushstrokes, even the half-finished wall behind her appears in disarray. With none of the romanticism of Moses and Brownscombe, Roseland depicts life as it was really lived in the tenements of New York City during the Jim Crow Era, which violently disenfranchised and segregated Black Americans from whites. 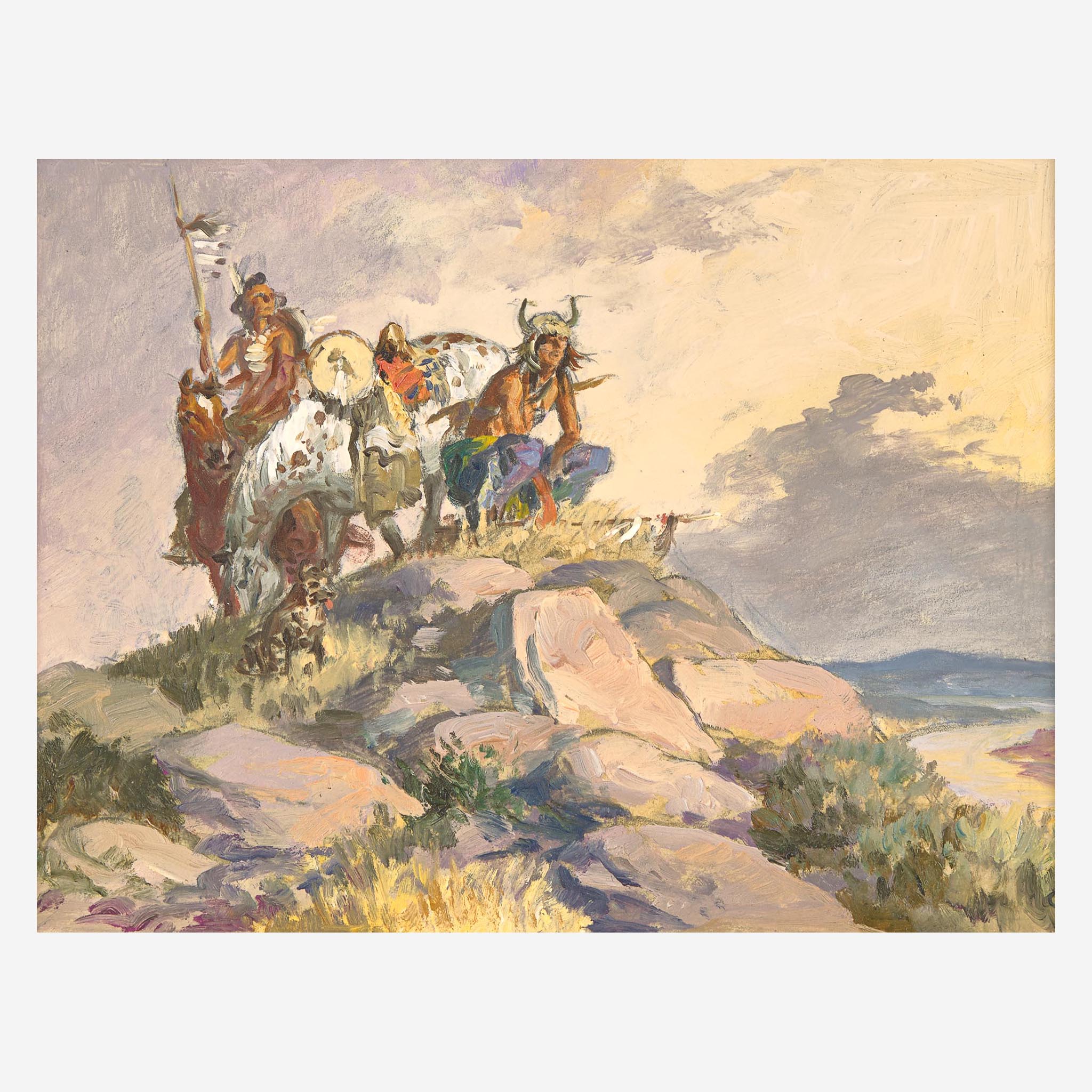 Simply American is full of East Coast scenes—from Pennsylvania to New England to New York—but in his painting The Scouts (Lot 38; estimate: $6,000-10,000), Charlie Dye takes us westward, where an entirely different kind of American life was playing out. By the time Dye was born in 1906, the California Gold Rush was over, and many of the decisive battles that defined westward expansion, Native displacement and genocide, and the establishment of the American Frontier had already been bought—but these scenes were still vivid in Dye’s imagination. In expressive brushstrokes and a vivid, light-soaked palette, Dye transports us to the 19th century in The Scouts, which depicts two Native men with their horses in a quiet and contemplative moment, surveying the vast, expansive landscape.

View the rest of our December 7 Simply American: Fine Art from a Private Texas Collection auction.