The Scent of All Paradoxes: Andy Warhol's Chanel

Update: On May 14, Andy Warhol's Chanel realized $175,000 in the Modern & Contemporary Art auction, the second highest price achieved for this iconic print.

Warhol's Chanel from the Ads series

Chanel is one of ten images from Andy Warhol's Ads series, each of which were appropriated from ubiquitous ads or logos of the 1950s-1980s. Other images in this series include advertisements for Van Heusen (featuring Ronald Reagan), Lifesavers candy, Volkswagen Beetle and logos for Apple computers and Paramount. At the beginning of his artistic career, when 'serious' artists used paint and were expected to avoid mention of money, Warhol embraced screenprinting, the slick medium of mass production and the intoxicating allure of commerce and consumption as his subject. 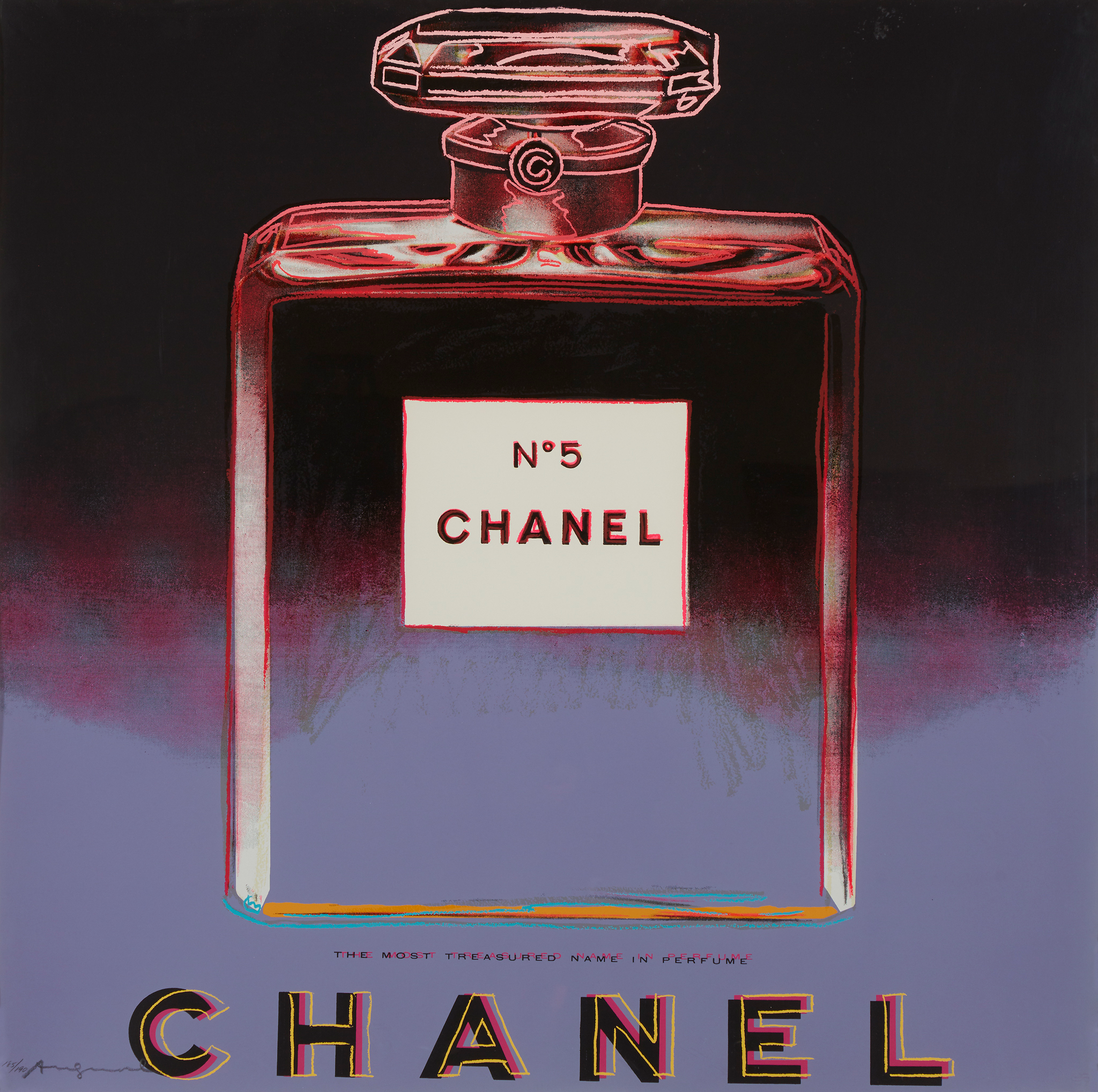 Here, the brand name and bottle are highlighted in day-glo pink and yellow, and the background is a dramatic black, showcasing brand over the perfume itself, which the artist has cheekily left out of this composition altogether.