Learn more about this exciting collection

Never before have so many works by the artist been presented at auction at the same time.

Freeman’s June 6 American Art and Pennsylvania Impressionists auction features a suite of six rare works by the American painter Albert York: five oil paintings and one watercolor. Undoubtedly an auction highlight, this selection features both the pastoral scenes for which York is best known, as well as figurative work, including a bold, exquisite portrait of York’s wife, a rare depiction of the subject.

Once described as “the most highly admired unknown artist in America” in a 1995 New Yorker profile, York still remains anonymous to most art historians, dealers, and collectors, and his work is still relatively rare at auction. York himself was somewhat of a mysterious figure, a reclusive man who avoided the spotlights of the art world. The only known image of the artist published in the New York Times portrays a handsome and imposing character, yet he also timidly looks away from the photographer with a constricted smile on his face. Even his wife, Virginia M. Caldwell, is said to have discovered her husband was a painter a full six months after they were married. 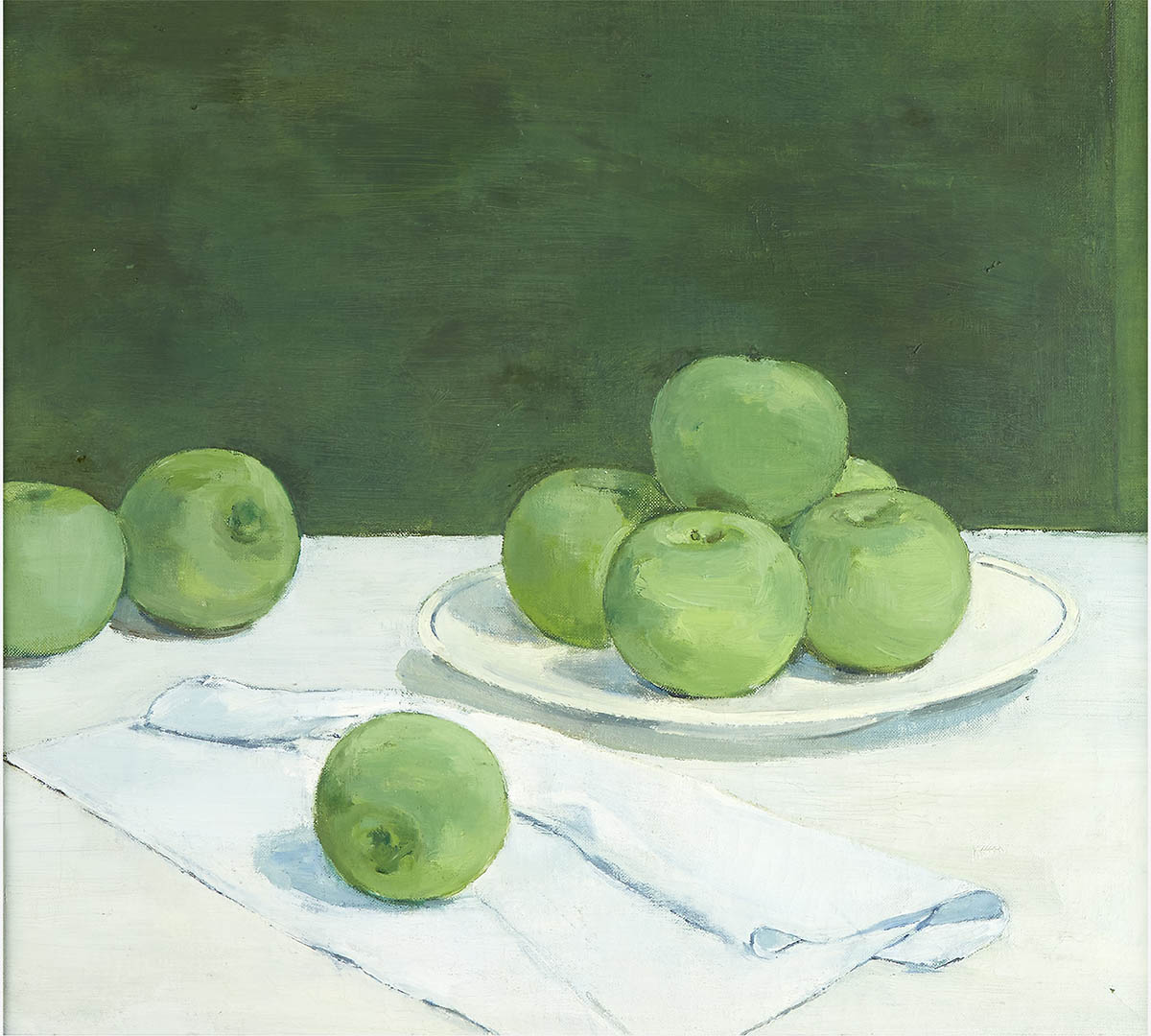 A contemporary of Fairfield Porter, Andrew Wyeth, and Milton Avery, York’s paintings explore a different vein of contemporary realism, seemingly devoid of any narrative, and voluntarily oblivious to the trends of contemporary abstract art, which York considered a totally “different world.” As apparent in the six works on offer, especially Still Life: Green Apples (Lot 47) and Ostrich Feathers (Lot 45), York’s paintings owe a great deal to European artists such as Édouard Manet, Paul Cézanne, and Giorgio Morandi, though his inspiration also remained rooted in American Art. Concise and modest, his paintings stand out to the viewer with a disarming rawness and purity that convey sentimentality, qualities that have led him to be called the “Painter of the Ordinary.” 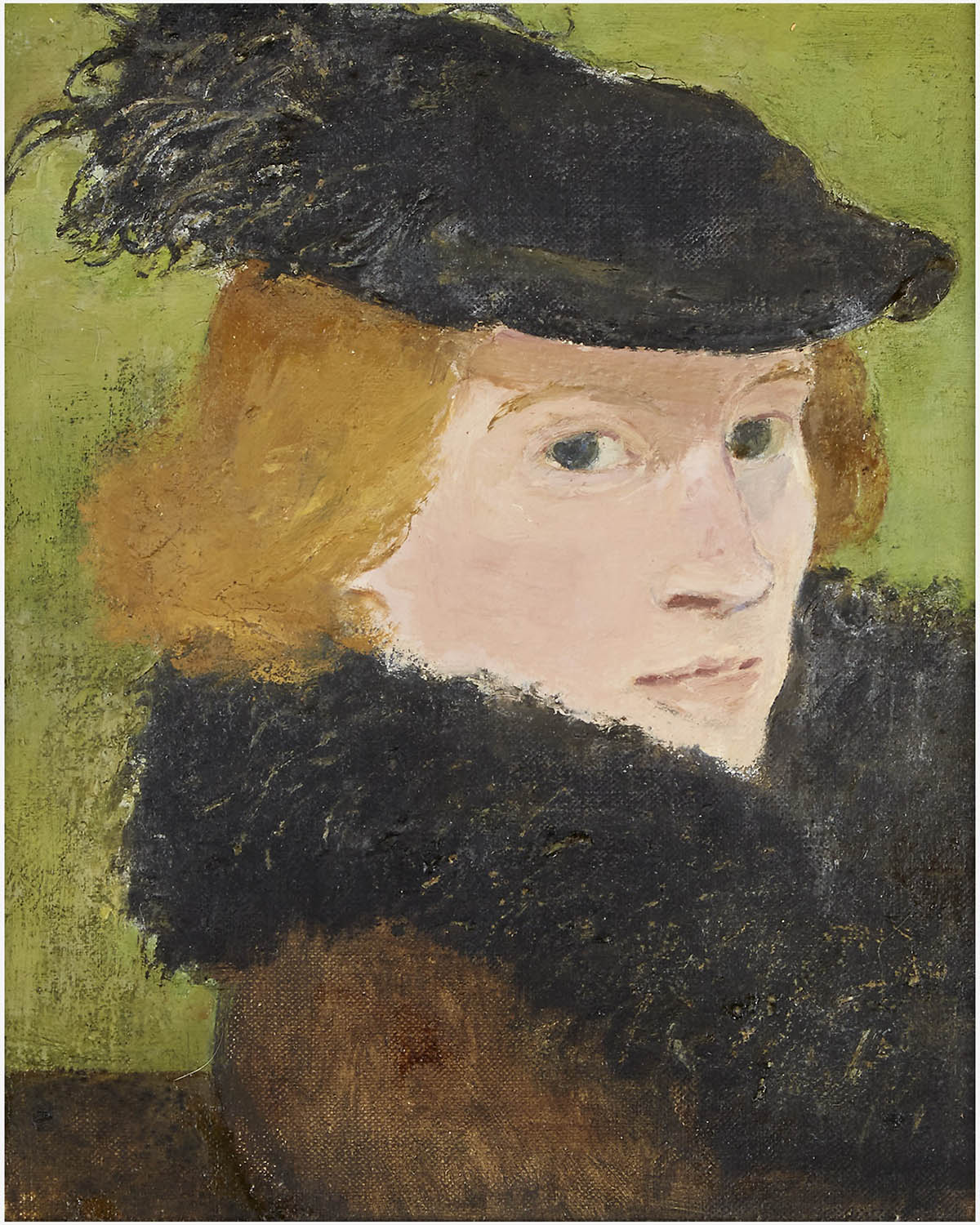 York’s works are characterized by a certain darkness—usually rendered through muted, green hues—and an economy of brushstrokes, which the artist often applied on panel sheets he would find on one of his numerous construction jobs. There is a sense of quiet and almost isolation to his work; some paintings, such as Reflections in the Pond (Lot 43) are arguably uneasy and bizarre, their silent angst channeling the mood of Edvard Munch. In fact, many of his works seem to rely on the tension between real and imaginary: are the flowers and trees that we see in the paintings real or dreamed? Although his subject matter is realistic and inspired by what he saw, York did not directly work from nature, en plein air. Instead, he always reinvented his subject, painting from memory several days later in his studio, to capture the “essence” of the subject. “I think we live in a paradise,” he explained. “This is just a Garden of Eden, really it is…It’s just so beautiful, with the trees and everywhere here, and you feel you want to paint it.” 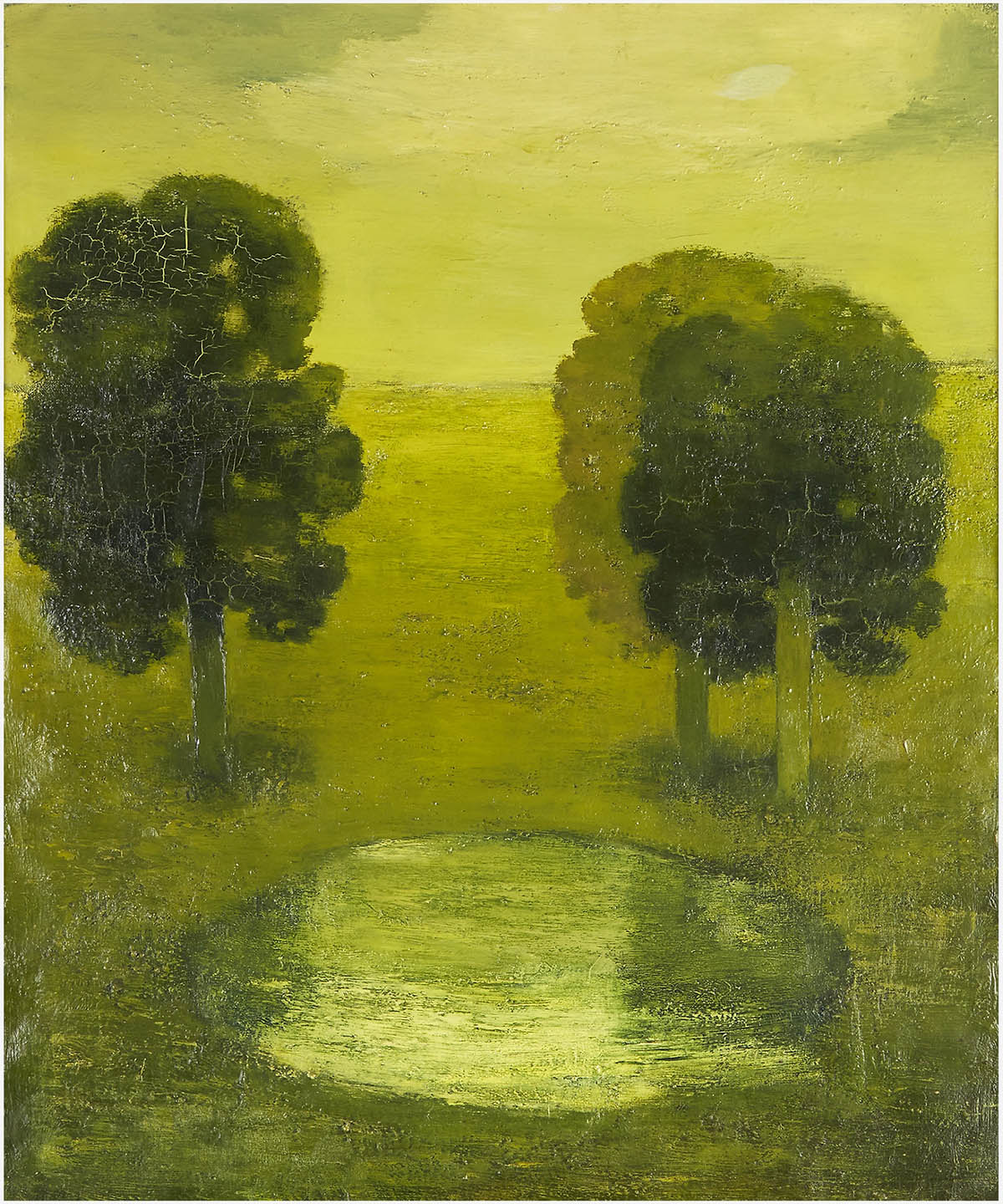 The six works on offer by Freeman’s all come from the same private collection in Reading, Pennsylvania, and were all acquired through York’s lifetime dealer, Roy Davis. They reveal the trained eye and eclectic taste of their collector, who appreciated York’s plain cow in a field as much as the lush bouquet of wildflowers in a jar. They also speak to York’s incredible versatility—they all feature the simple, familiar subjects the artist was naturally drawn to, and which he explored through a variety of media and formats with a sense of innovation and eye for beauty.

Their sale is an important milestone; never before have so many works by the artist been offered at the same time—in fact, York is said to have only painted about 200 works in his 30-year career. Though York evaded the household-name status of many of his contemporaries, he garnered a small, loyal group of collectors during his lifetime, among them Jacqueline Kennedy Onassis, Edward Gorey, and Lauren Bacall. Freeman’s sale of American Art and Pennsylvania Impressionists provides the rare, significant opportunity to collect the work of this significant 20th-century figure.