Painted in 1818, at the request of his brother, Charles Cotesworth Pinckney (1746-1825), the portrait has descended in the Pinckney family to the present consignors. The sitter, Thomas Pinckney, is perhaps best known as a military officer in the American Revolution and as a Major General in the War of 1812-but he was a also a planter, lawyer, politician and diplomat. Pinckney served as Governor of South Carolina from 1787 to 1789, as a Federalist Member of the U.S. House of Representatives from South Carolina, 1797-1801, and as Minister to Great Britain, 1792-1796, under President George Washington. 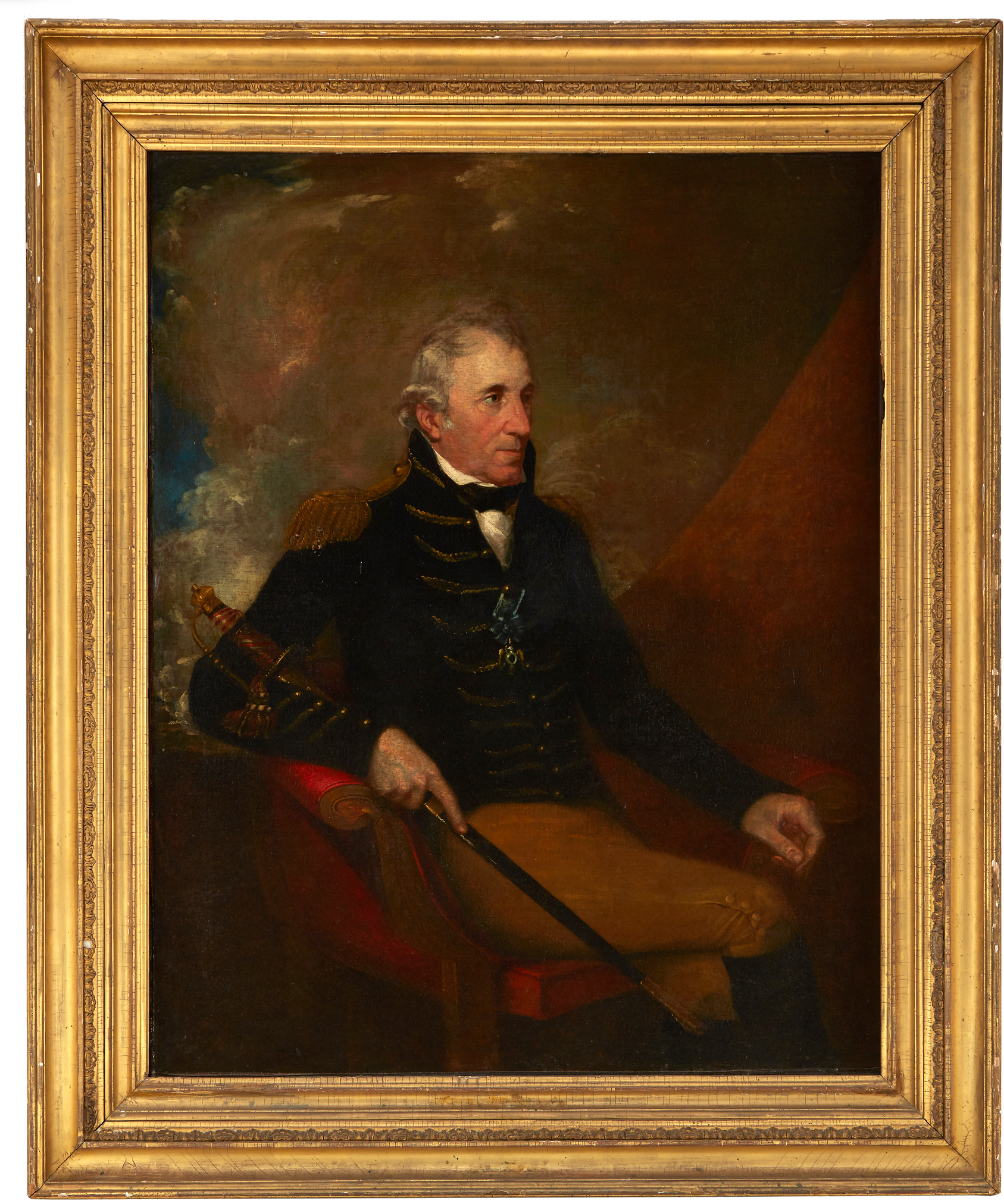 Depicted here in military uniform, Pinckney proudly wears the insignia of The Society of the Cincinnati, of which he was a founding member and served as its Fourth President. The large-scale portrait has been exhibited at the Metropolitan Museum of Art, The National Portrait Gallery, Columbia Museum of Art and Greenville County Museum of Art.