Sporting Art: The Thrill of the Hunt

Immerse yourself in a classic British pastime

Foxes and foxhounds, horses and huntsmen, exhaustion and exaltation: the thrills of sporting art bring viewers close to the sounds, smells, and sights of a mostly bygone British pastime. The genre has its roots in the seventeenth century and continues to this day, but British sporting art—which looked most closely at the rural leisure activities of the upper classes, particularly fox hunting—saw its apogee in the eighteenth and nineteenth centuries.

Sporting art wasn’t merely an aesthetic artistic movement; it reflected deep sociopolitical sensibilities too. Giants of the genre, like Sir Alfred Munnings, legendary painter of horses, were moved to paint the British countryside in part because they believed this quiet, bucolic life was under threat. Against the backdrop of rapid industrialization and modernization, Munnings—who famously harbored a hatred for Modernism—focused on his beloved equine subject of choice, and the pastoral pleasures and sweeping landscapes of rural England. 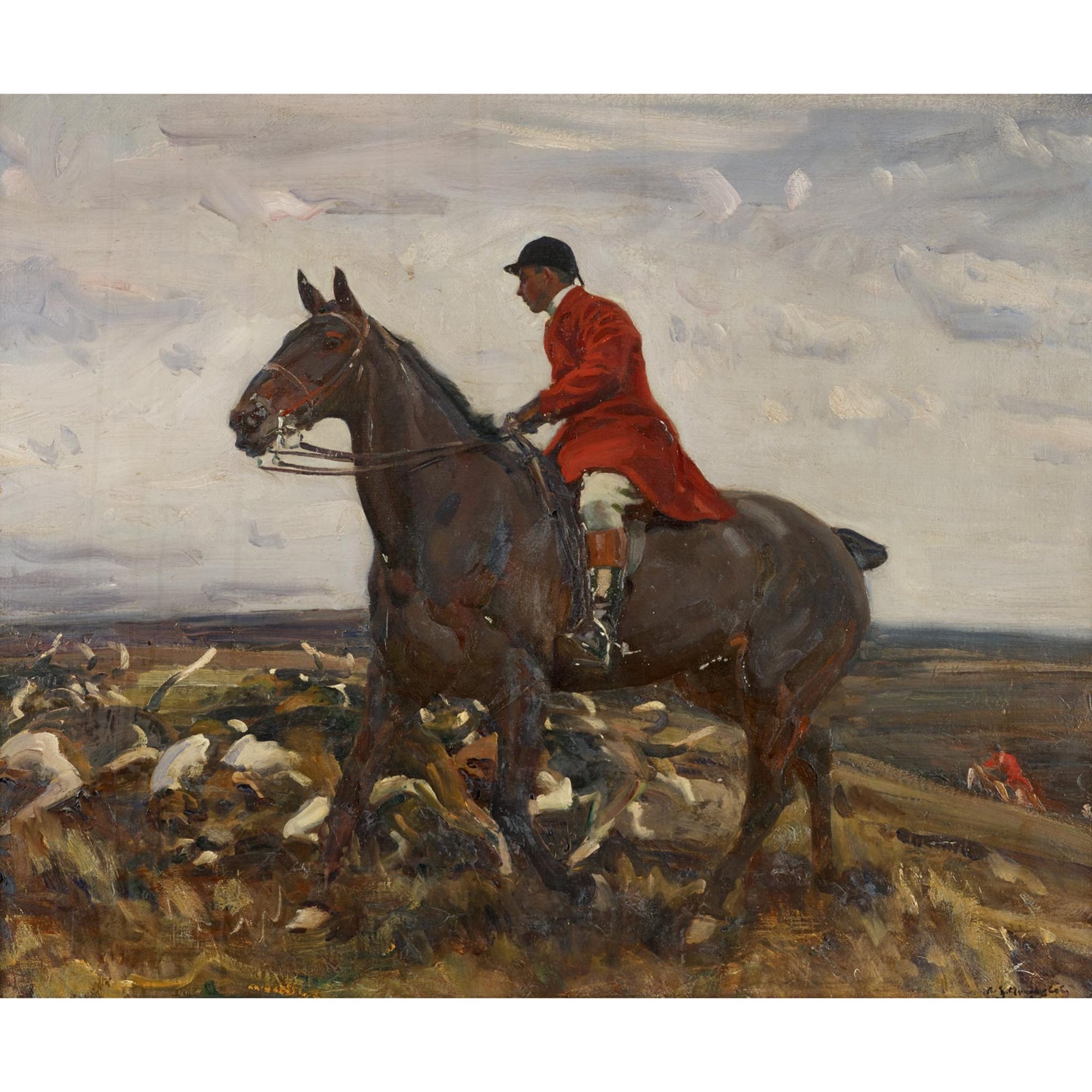 Past successes at Freeman’s illustrate Munnings' near-singular focus on horses in depictions both majestic and quotidian. Huntsmen and Hounds, North Cornish Hunt (sold for $281,000 in 2015) centers a horse in motion, its rich, dark brown fur silhouetted against the sky, with its rider in an equally striking red coat: a testament to the glory of the hunt. The Horse Stables (sold for $28,750 in 2017), on the other hand, is a quieter scene: likely painted in France, the oil depicts eight horses at rest, their figures nearly blending in with the stables in which they’re housed.

Munnings wasn’t the only sporting art painter to focus on animals nearly to the exclusion of humans; several works in Freeman’s February 24 Gilded Age auction offered similar perspectives. In Sylvester Martin’s At Fault, Trying the Turnips (Lot 73; sold for $599), the faces and bodies of the painting’s hunting hounds are rendered in great detail, while its human figures are faceless or far enough from the viewer to appear as specks in the background. The Chase, by Claude Lorraine Ferneley (Lot 92; sold for $945), performs a similar feat, allowing us to see the chase as it really would’ve happened: dogs first, horses and hunters second. 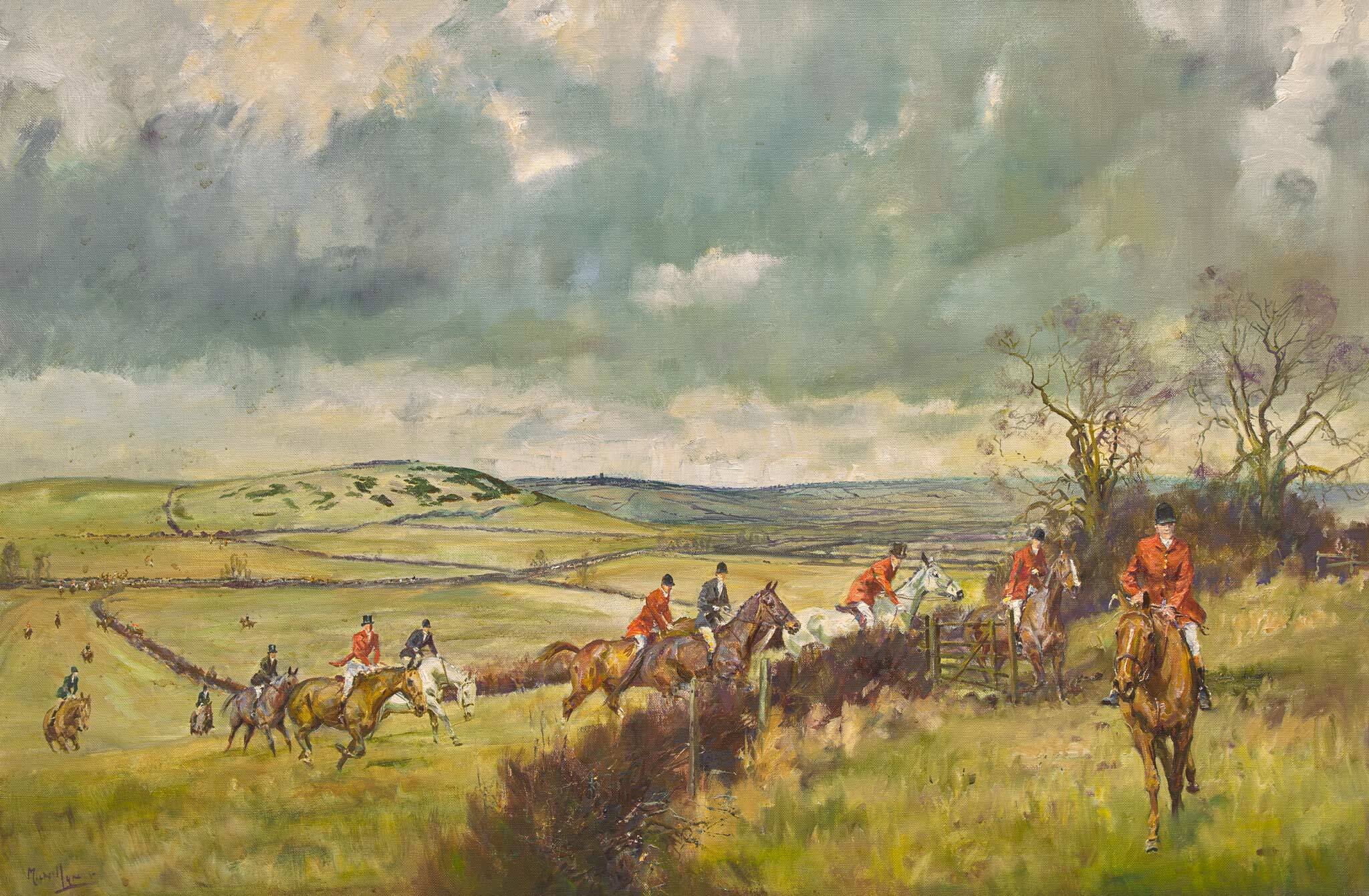 From misty British heaths and icy New England streams to the broad, dry expanse of Saharan steppes, the landscape of sporting art paintings is just as distinct and significant as the work’s human and nonhuman subjects. In Michael Lyne’s oil on canvas The Fernie Near Cranoe – A Hunt from Caudle Church, Langton Tower on the Skyline (Lot 105; sold for $3,528), the painting’s hunters on horseback are dwarfed by the roiling gray-green sky above, which occupies half of the canvas and hangs heavy over the pastoral British landscape. The same could be said of Setting Out for the Meet, an oil attributed to John Nost Sartorius (Lot 81; sold for $4,410), in which huge outcroppings of rock, mountain, forested hills in the background—as well as an influx of billowing clouds—lend a sense of magnificence to the foreground scene of hunters led by an enthusiastic pack of dogs. 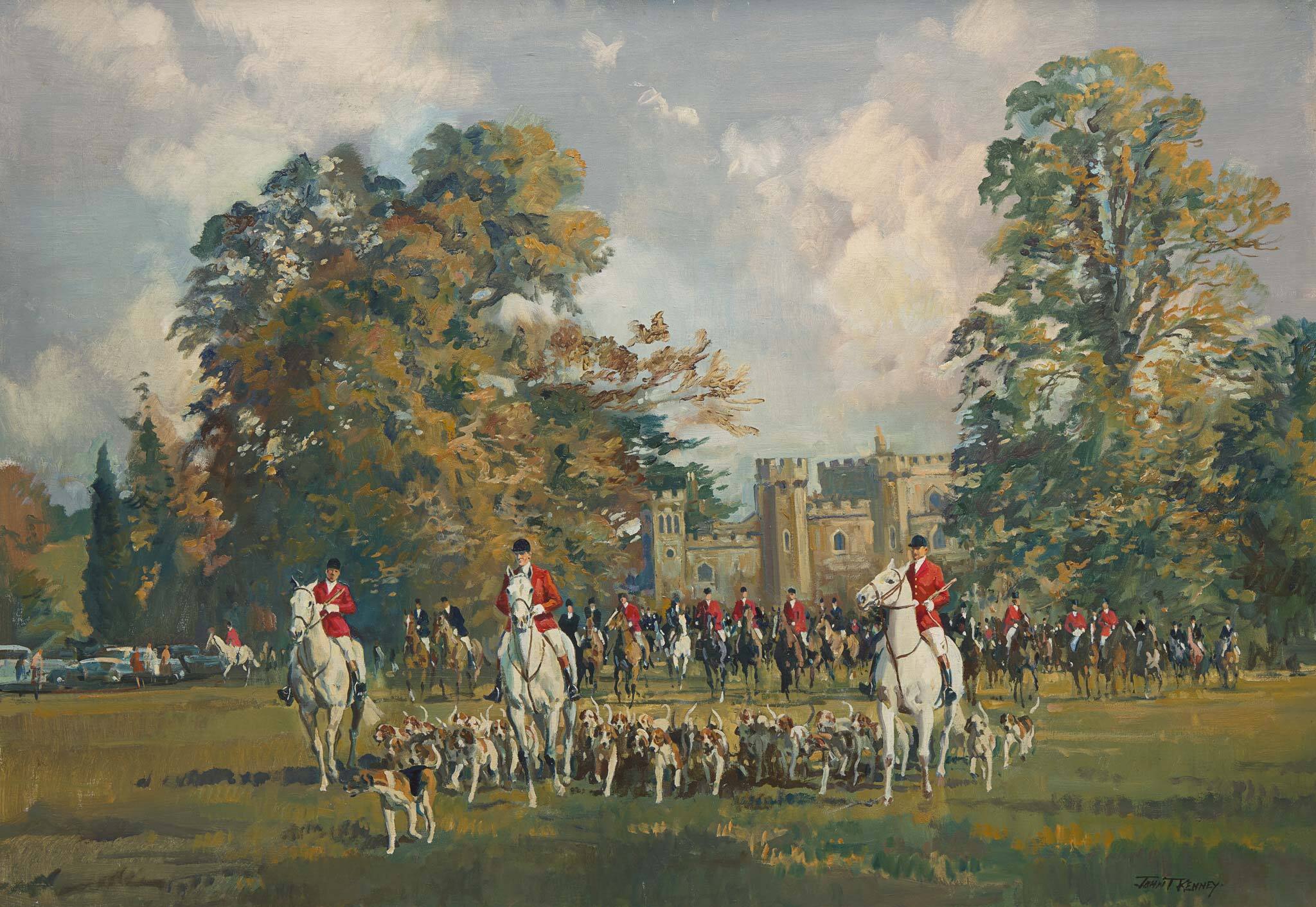 John Theodore Eardley Kenney’s The Meet (Lot 104; sold for $3,276) is one of the few canvases to depict the hunt at its immediate outset. Rather than an action shot in medias res in the surrounding fields and streams, we’re graced with an image of horses, dogs, and hunters right as they depart from a grand estate in the background. With glimpses of groups of onlookers to the left, we’re offered a view of not only the impending thrill of the hunt, but also the significant social occasion this would have represented. 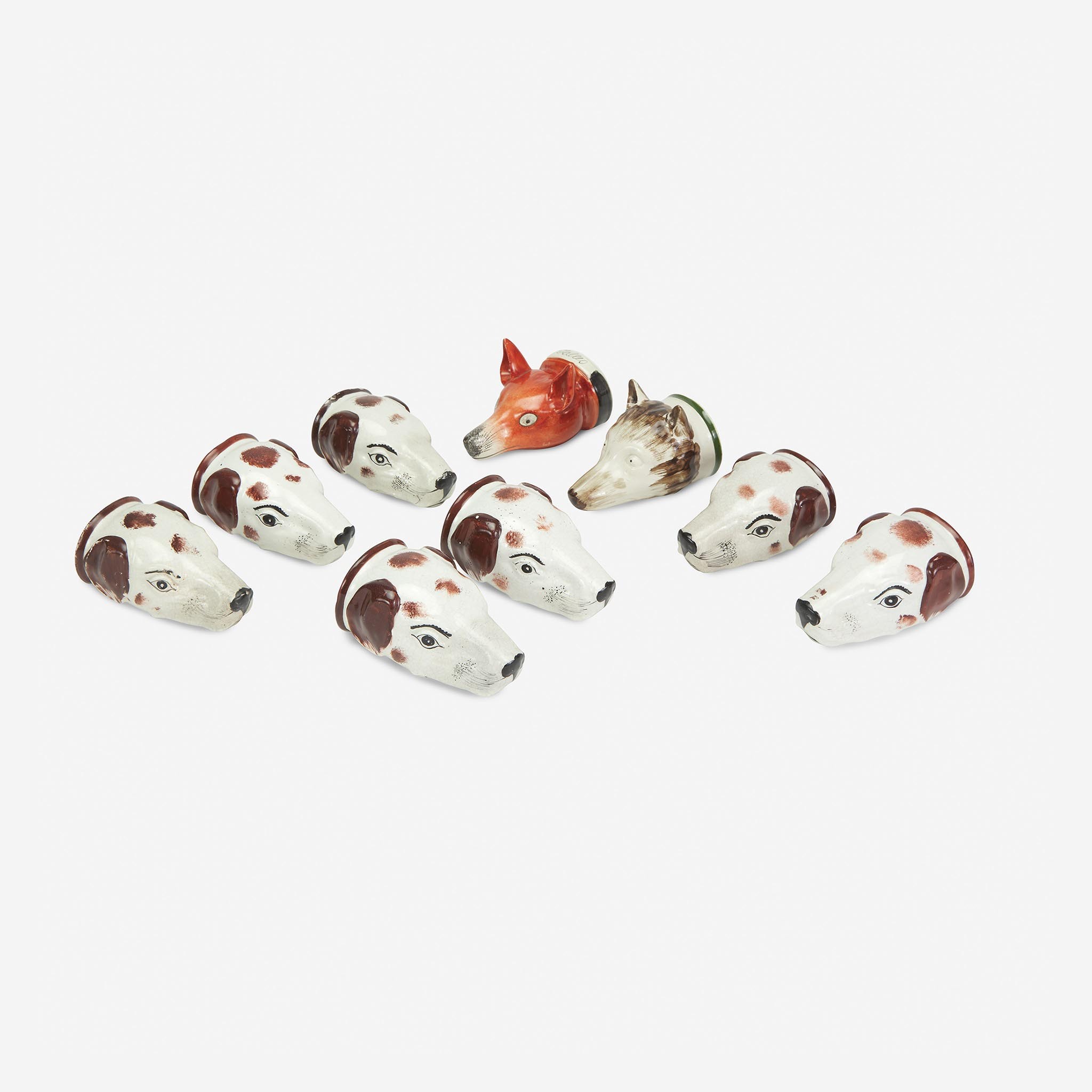 Though painting constitutes nearly all of the sporting art featured in Freeman’s upcoming auctions, collectors will be pleased to find a group of nine English pearlware fox and hound stirrup cups in The Gilded Age (Lot 108; sold for $2,016). With their origins in British fox hunts—like those represented in the design of the present set—stirrup cups are drinking vessels that were traditionally offered to hunters before setting out on the chase. Over time, the stirrup cup (and whatever drink it happened to contain) came to represent a farewell drink offered to guests upon their departure—i.e. while their feet are already “in the stirrups.” From landscapes to libations, The Gilded Age offered collectors a lush view of the centuries-old tradition of British sporting.

View the rest of our February 24 Gilded Age auction.