Iconic designs from the esteemed house

From Schlumberger to Peretti and Picasso, a look at jewelry throughout the 20th century

Since opening its first store in 1837, the great American house, Tiffany & Co., has maintained a continued legacy of luxury through the highest standards of material, craftsmanship and design.

Their dedication to quality materials is evident as early as 1851, when they became the first American house to introduce .925 sterling silver. Over the next century, they introduced fine gemstones including Kunzite in 1903, Morganite in 1910, Tanzanite in 1968, and Tsavorite in 1974.

Tiffany & Co.’s excellent craftsmanship was first formally recognized in 1867 at the Paris World’s fair and further perpetuated with the cutting of the legendary Tiffany Diamond in 1878. Their quality craftsmanship is maintained today with their contemporary Vertical Integration Model, promising integrity and transparency.

Arguably the most important factor to the house’s legacy of luxury, is its relevant and timeless designs. Tiffany & Co. has represented some of the most significant designers in history, including Jean Schlumberger, Elsa Peretti and Paloma Picasso, whose designs are still in production today. 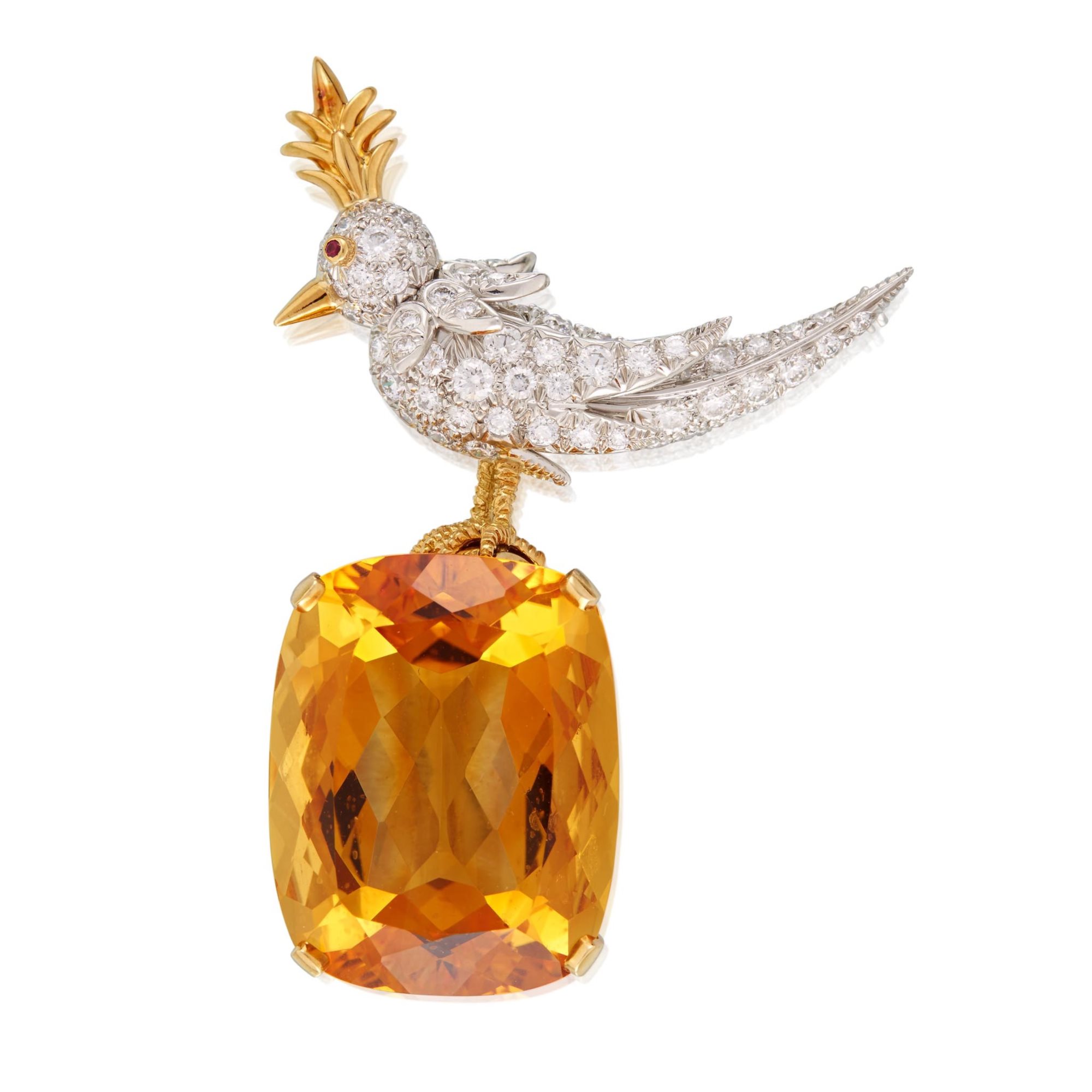 A platinum, diamond, and citrine brooch, Jean Schlumberger for Tiffany & Co. | Sold for $30,000

French designer Jean Schlumberger brought his talents to Tiffany in 1956; he created some of the world’s most fantastical and recognizable jewels during his time at the house. His most exceptional designs are known for their whimsy thanks to his clever use of gemstones and natural images.

Schlumberger's Lynn Collection includes timeless, delicately crafted, and bold X-motif designs that appear almost woven together when presented in a necklace or bracelet. But the designer's work truly shines in his exploration of the natural world through jewelry and design objects: a charming sterling silver-mounted shell bonbonnière, for instance, or a striking, brightly hued "Bird on a Rock" platinum, diamond, and citrine brooch that sold for $30,000 at Freeman's in 2019. 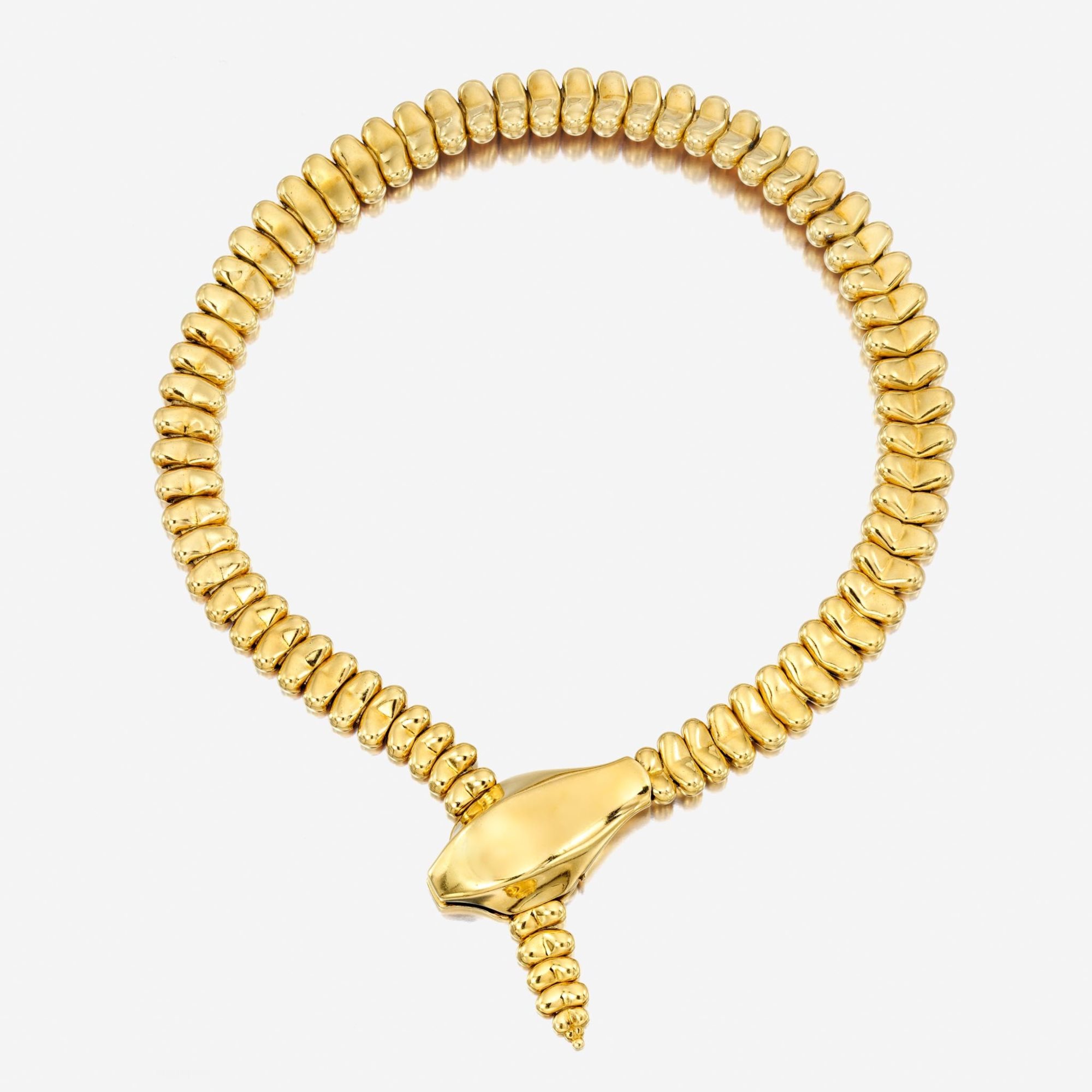 Italian designer Elsa Peretti joined Tiffany & Co. in 1974, during a major aesthetic shift. Her tactile and organic designs are both approachable and attractive, making them highly popular in an era when fashion was becoming increasingly unpretentious. 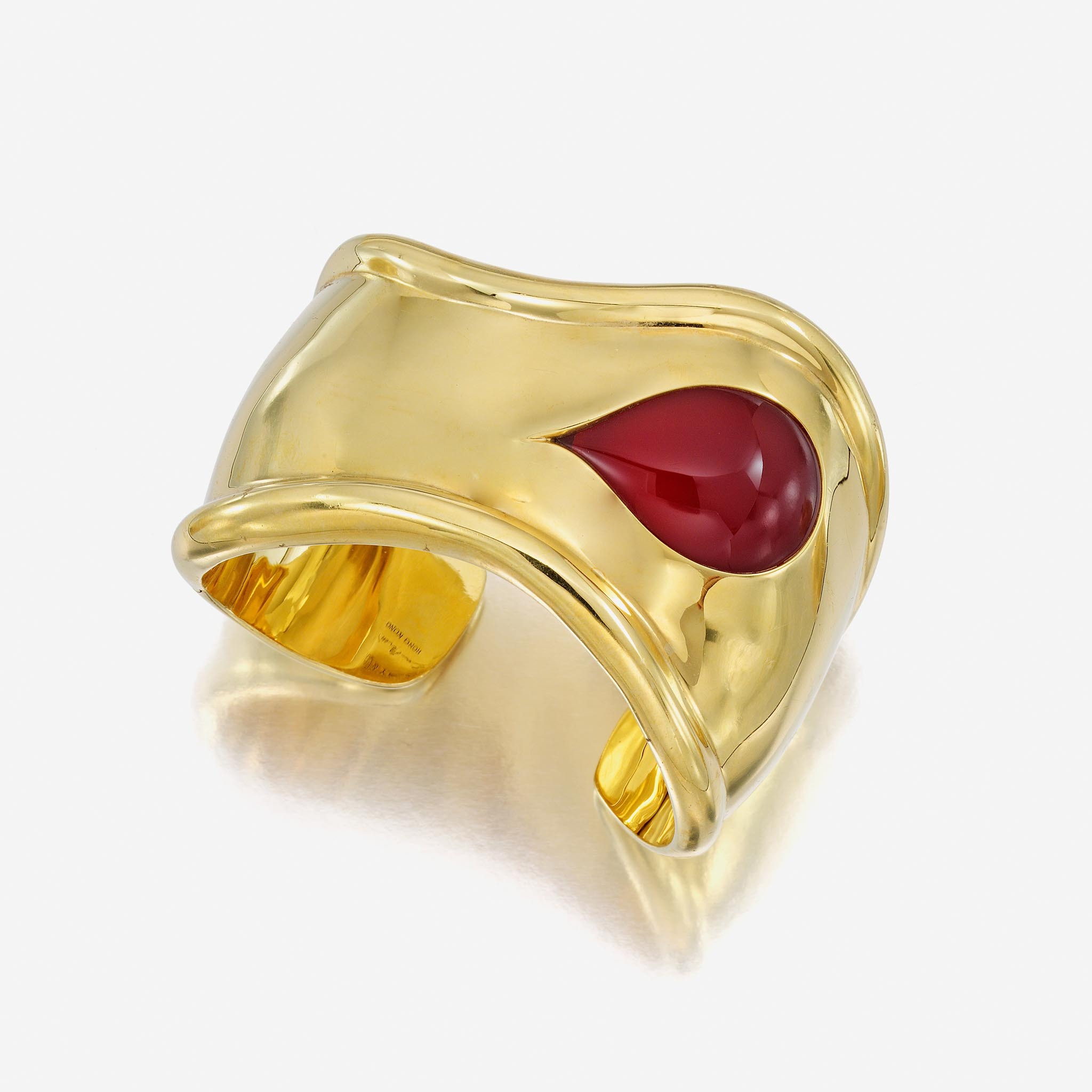 The fluid, flexible rows of eighteen karat gold links in her 1985 serpentine necklace are true to Peretti's signature sensuous silhouttes. This design showcases the strength and femininity both of Peretti's designs, with the elegant snake creating an ouroboros around the wearer's neck. Another excellent example of Peretti's unique creations is an eighteen karat gold and carnelian cuff bracelet, a striking design that, likewise, is as ferocious as it is graceful. 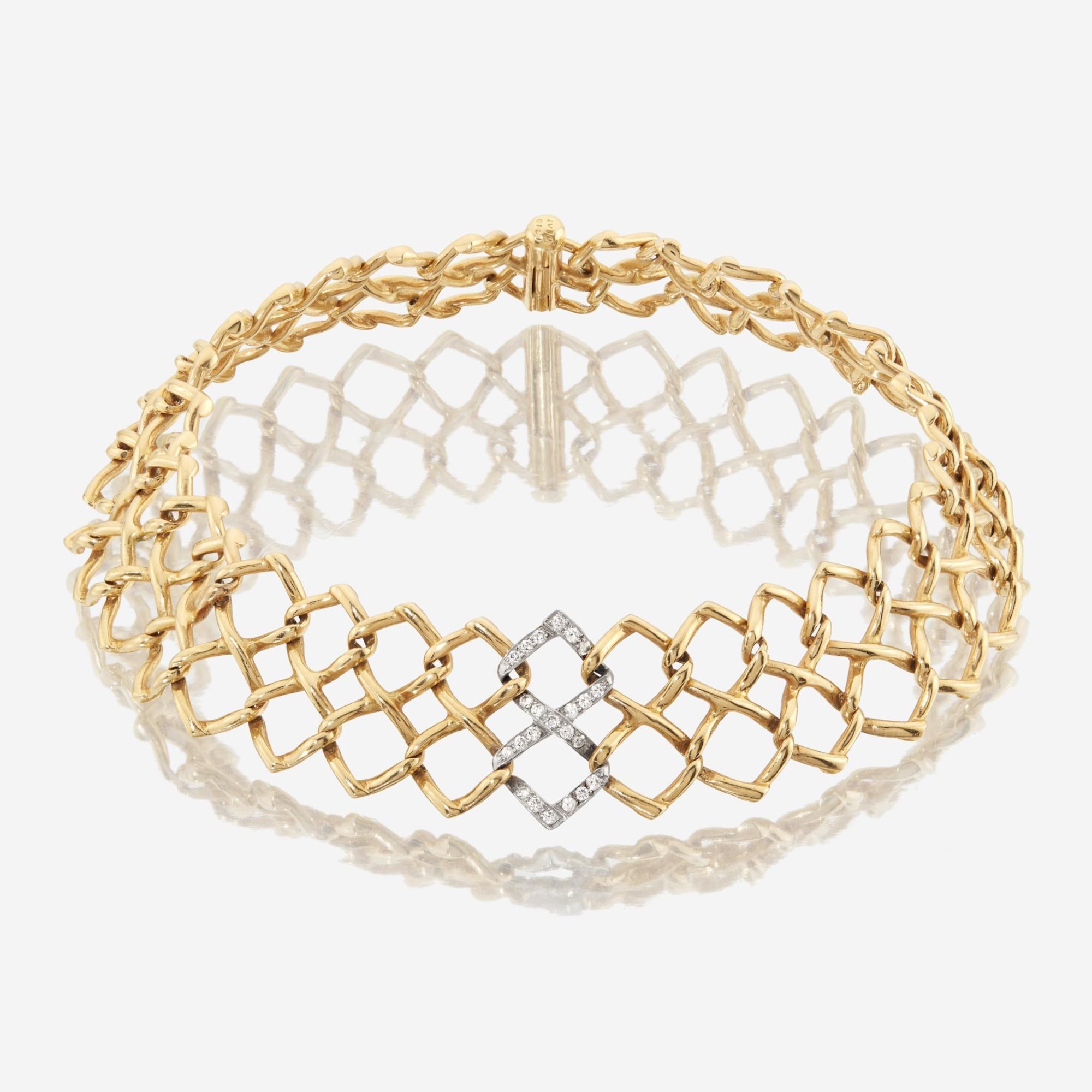 Paloma Picasso, daughter of Pablo Picasso and Françoise Gilot, launched her first collection with Tiffany in 1980, marking another aesthetic shift. Embracing the audacious aesthetic of the 1980s, Picasso utilized bold and colorful gemstones in her designs.

It was Picasso’s very first campaign, Graffiti, that would become her signature collection. Written in her own handwriting, the series was embraced the New York City street art of the 1970s and 1980s. “Loving Heart Arrow” and “Scribble" are beautiful examples of Picasso’s designs; chokers like the design featured here showcase Picasso's eye for elegant, intricate goldwork.