A rare set of rediscovered, ecclesiastical windows comes to auction

A rare set of rediscovered, ecclesiastical windows comes to auction...

Update: Angels Representing Seven Churches from the Bible's Book of Revelation, a rare set of windows made by Tiffany Studios achieved $705,000, doubling its pre-sale high estimate on November 10. 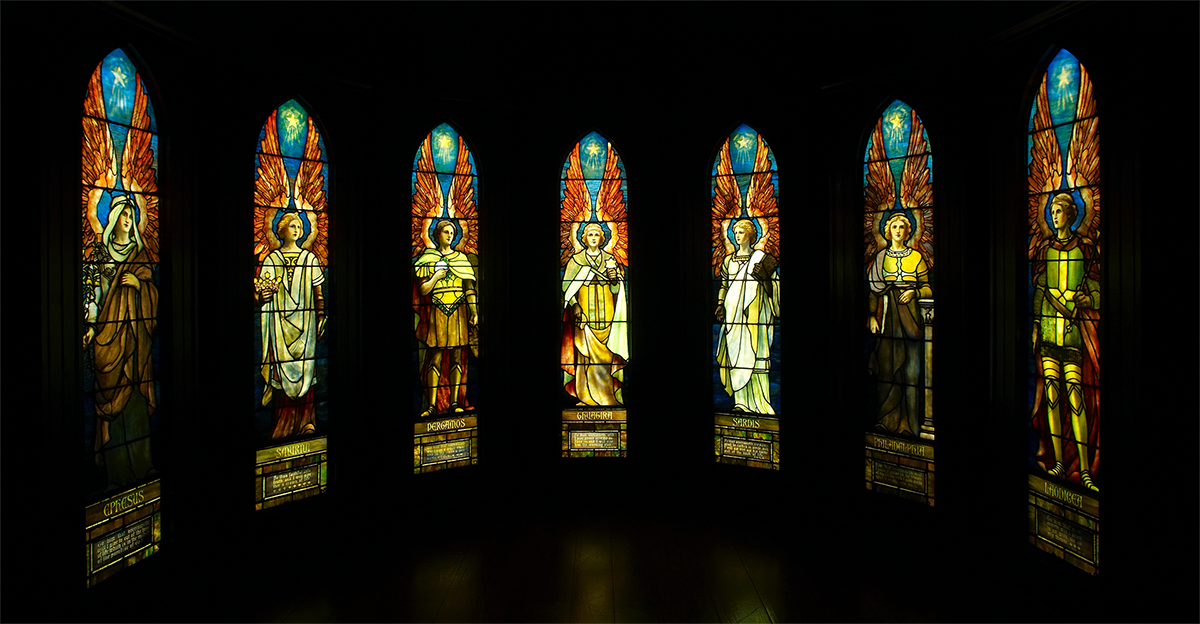 Tiffany Studios, Angels Representing Seven Churches from the Bible's Book of Revelation, A Set of Windows for the New Jerusalem Church, Cincinnati, Ohio, circa 1902, $150,000-250,000

"Ecclesiastical figurative windows, the mainstay of the Tiffany firm's production," writes Alice Cooney Frelinghuysen, the Anthony W. and Lulu C. Wang Curator of American Decorative Arts at the Metropolitan Museum of Art, "presented an unparalleled opportunity to showcase the ingenuity of its depictions of drapery in lustrous colors and, more importantly, its rendering of folds with manipulated glass, not paint."

Commissioned from Tiffany Studios in 1902 for the New Jerusalem Church in Cincinnati, Ohio, Angels Representing Seven Churches from the Bible's Book of Revelation, showcase the types of glass and construction techniques for which the Tiffany firm was so revered. Under the supervision of the English-born glass-maker Arthur J. Nash and head of Tiffany's ecclesiastical department Frederick Wilson, the Angel windows are of a figurative type favored by ecclesiastical patrons, often as memorial windows, gifted in the name and/or memory of a loved one. The seven Angels are depicted with a blend of human features and spiritual imagery, brought to life through the Tiffany Studios' artistry.

The series of windows form a rare survival, saved from demolition when the New Jerusalem Church was torn down to make way for an Interstate in 1964. Purchased by the Swedenborgian Church in southeast Pennsylvania for a planned Chapel, the windows remained stored in a barn until they were "rediscovered" in the early 2000s. A painstaking restoration, which revealed one of the windows to be signed by the Tiffany Studios, was overseen by Arthur Femenella and Kathy Jordan and prepared the windows for exhibition beginning at the Glencairn Museum in Bryn Athyn, Pennsylvania in 2007 which then traveled to over fifteen institutions including the Delaware Art Museum, the Montgomery Museum of Fine Arts, and the Museum of Russian Icons.