The Timeless Appeal of Chinese Craftsmanship

The chair in China reached the height of elegant simplicity in the 17th century during the late Ming dynasty. With seemingly delicate form and sophisticated joinery, these chairs influenced European and American seating furniture, particularly during the so-called “Queen Anne” and “Chippendale” periods of the 18th century, and exerted a renewed influence in the 20th century, on Scandinavian mid-20th century design.

The curved splat, bowed or serpentine to accommodate the sitter, the overhanging serpentine crest rail and arms, the slender vertical elements, often of circular section, and the staggered box stretcher all find echoes in pieces created oceans and centuries away. The lustrous golden-brown huanghuali timber, dense and strong, allowed the Chinese craftsman to create chairs which might be easily moved to satisfy changing needs and occasions, yet convey the wealth and discernment of the patron. 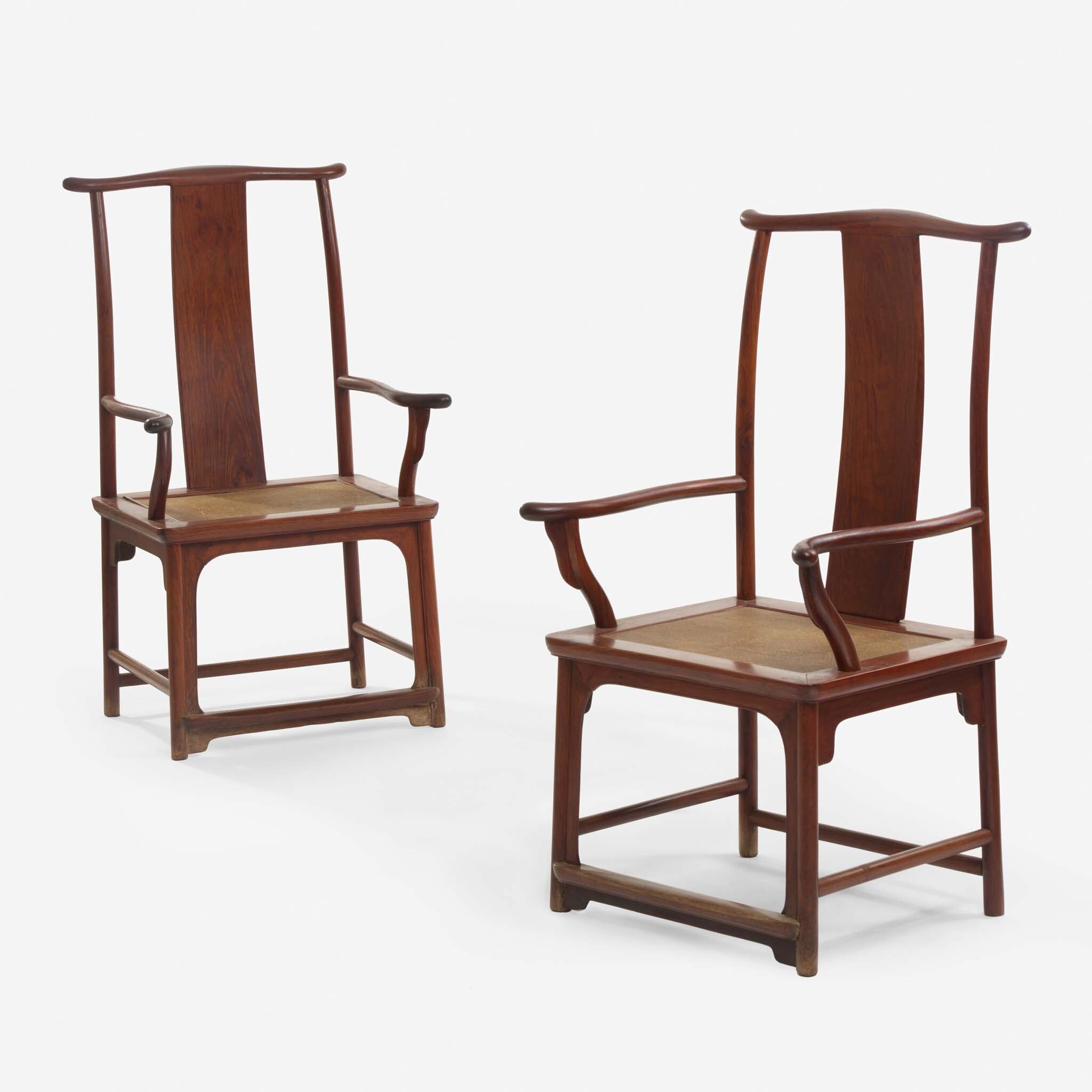 The classic late Ming armchair “sichutou fushouyi 四出頭扶手椅” (“armchair with four protruding ends”) or “sichutou guanmaoyi 四出頭官帽椅” (“official’s-hat chair with four protruding ends”) was the highest development of the late Ming chair, and would have been reserved for the most important guest, or eldest or most honored member of a household. Within this form, there were a multitude of construction variations and decorative motifs which might be employed, resulting in a wide array of possible armchairs. 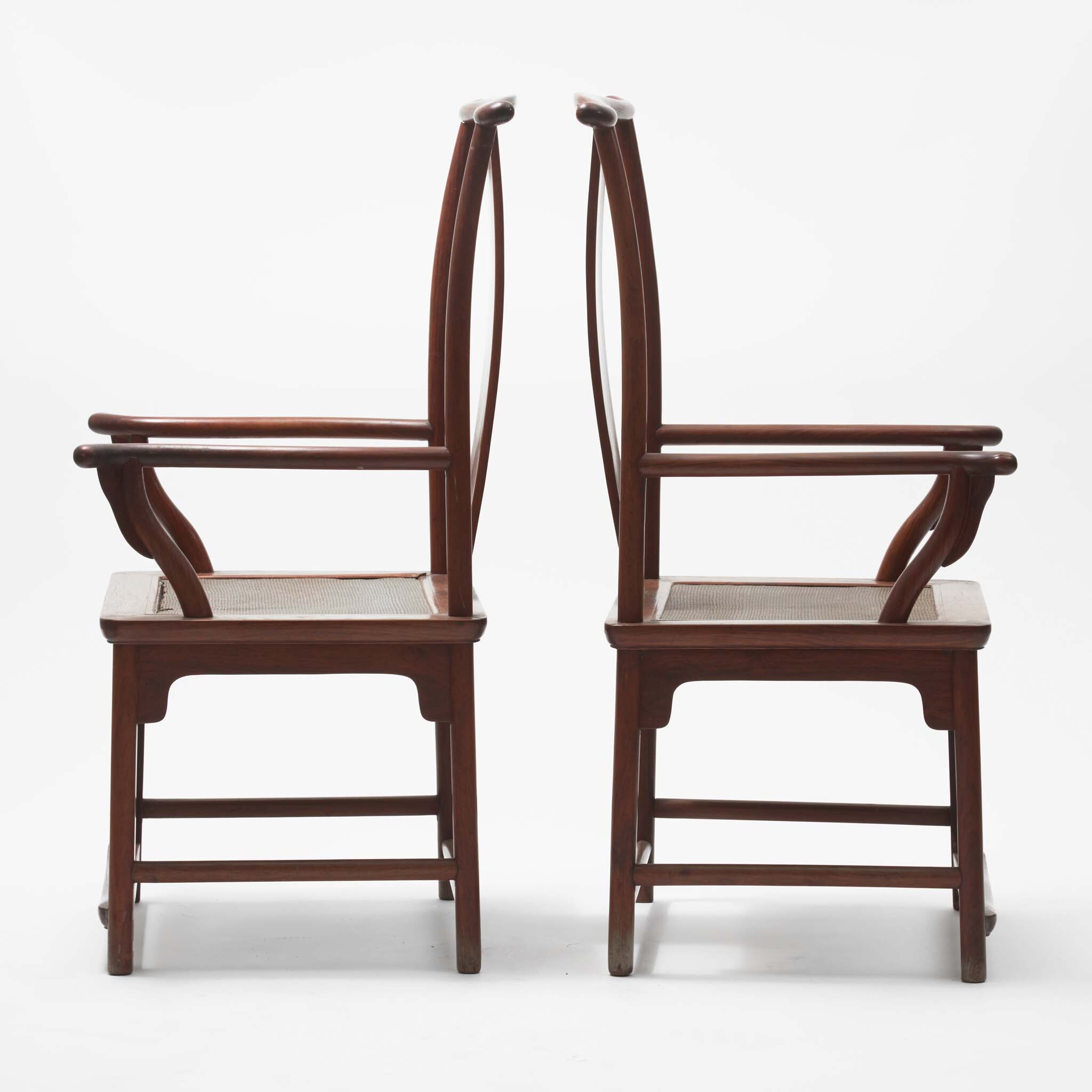 The rare pair of huanghuali armchairs to be offered in Freeman's April 13 Asian Arts auction (Lot 29; estimate: $80,000-120,000) are exemplars of the most streamlined of the form, without additional ornament to distract the eye from the elegant serpentine crest rail and arms and fine joinery. The bowed form of the splat in the present pair is unusual, as the majority of published sichutou guanmaoyi chairs employ serpentine splats. A pair of armchairs with similar bowed splats were sold at auction in New York in 2011. The present chairs, with their distinctive graining and rich, warm color, were acquired by the mother of the present owner nearly 70 years ago to complement her Danish modern interior, and they continue to appeal to the modern viewer today.