The Timeless Elegance of Japanese Lacquer

How lacquers have delighted Eastern and Western audiences for centuries

At Freeman’s October 18 Asian Arts auction, bidders will have the opportunity to collect a number of fine Japanese lacquers. Here, we explore the roots of Japanese lacquerware and why it still commands an impressive market presence today. 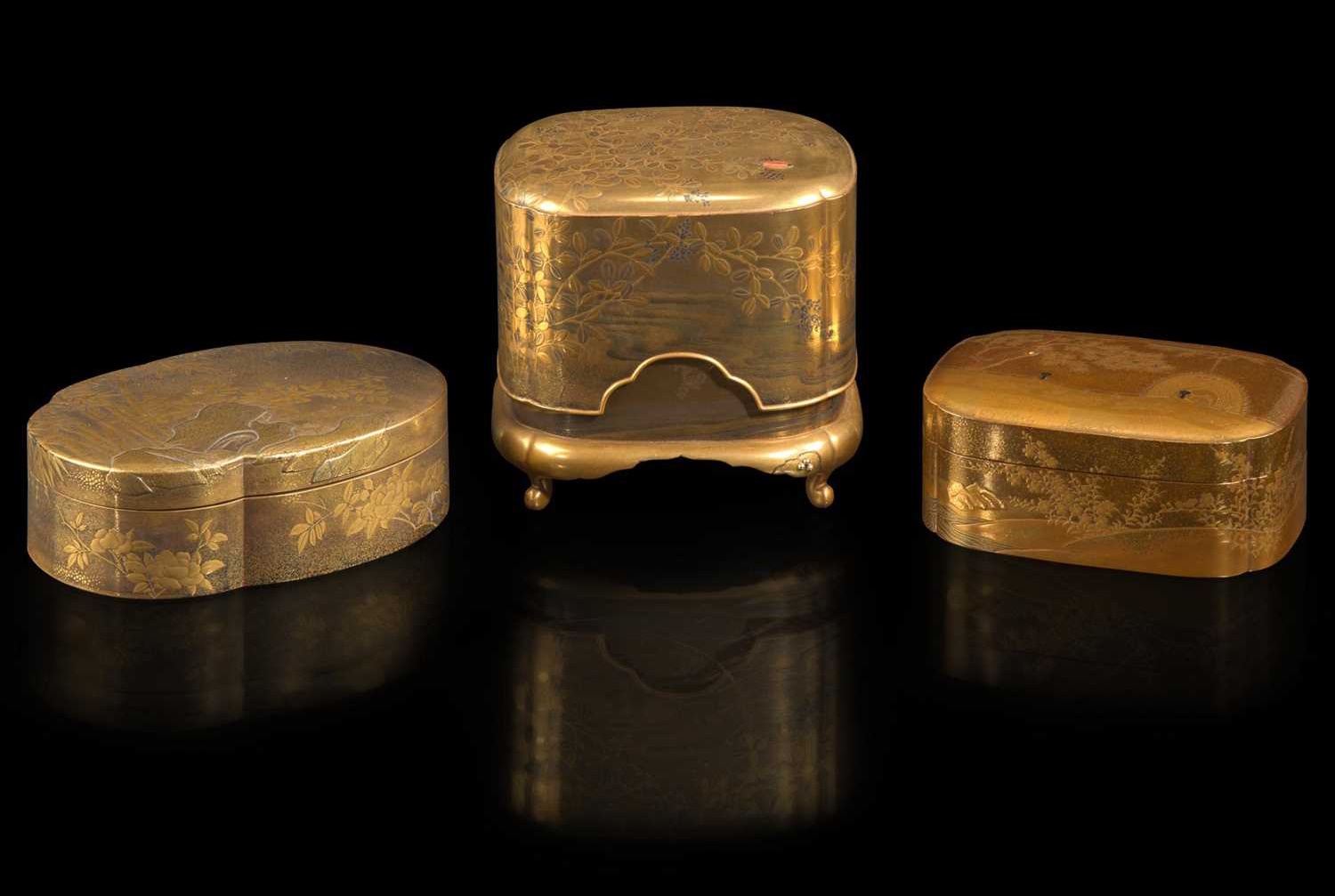 Collected by Chinese emperors and European royalty, the finest Japanese lacquers of the Edo and Meiji periods—particularly the pieces dating from the 18th to 19th centuries—have been avidly sought after for centuries. The painstaking attention to fine detail and the glittering surfaces of cut and powdered gold built up layer upon polished layer have always attracted connoisseurs at the highest levels—and Freeman’s October 18 Asian Arts auction offers plenty of collecting opportunities.

The lacquer objects themselves were coveted and appreciated, but larger examples, such as chests and screens, were also disassembled in the West, with their panels repurposed to create luxurious hybrids for wealthy patrons. 18th-century French cabinetmakers used such panels to veneer elegant commodes and secretaries, further embellished by exquisitely chased ormolu mounts.

Queen Marie Antoinette was particularly enamored with Japanese lacquers; she both assembled a fine collection of boxes and commissioned elegant furnishings that incorporated Japanese lacquer panels. The popularity of such wares led to the development of “Japanned” furniture in the West: domestic pieces with finishes imitating Japanese (and Chinese) lacquer, decorated with “Chinoiserie” figures, exotic pavilions, irregular rockwork, birds, and flowers in gold against a black, red, or green ground. This appreciation of Japanese lacquers was not limited to Europe; the Qianlong emperor possessed “treasure boxes” of Japanese lacquer, retrofitted in the Qing dynasty court workshops to hold collections of miniature works of art and snuff bottles.

In the context of Japanese domestic consumption—given the careful, elegant craftsmanship and the time needed to create these wares—lacquers were primarily made for the aristocracy. 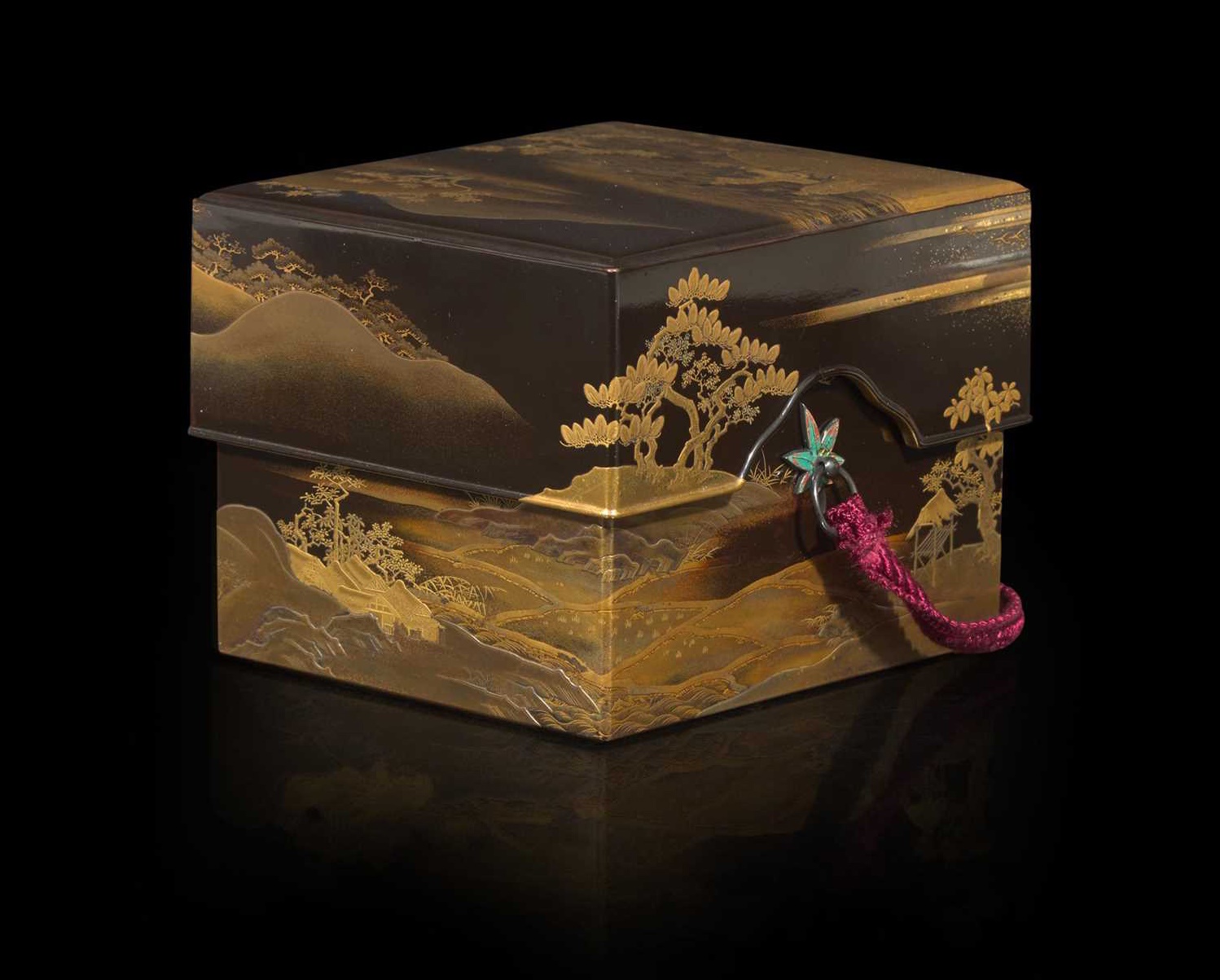 They were also made for the increasingly wealthy merchant classes: those patrons with disposable income and the time to use and conspicuously display such writing boxes, incense game sets, document and poetry slipcases, and the various accoutrements for a lady’s trousseau or toilette. In the more intimate personal sphere, inro (the small compartmented containers used for medicines or pastilles, meant to be tucked into a belt or wide obi sash, secured by a dangling netsuke), were seen as elegant necessities illustrating the refined taste of the possessor. 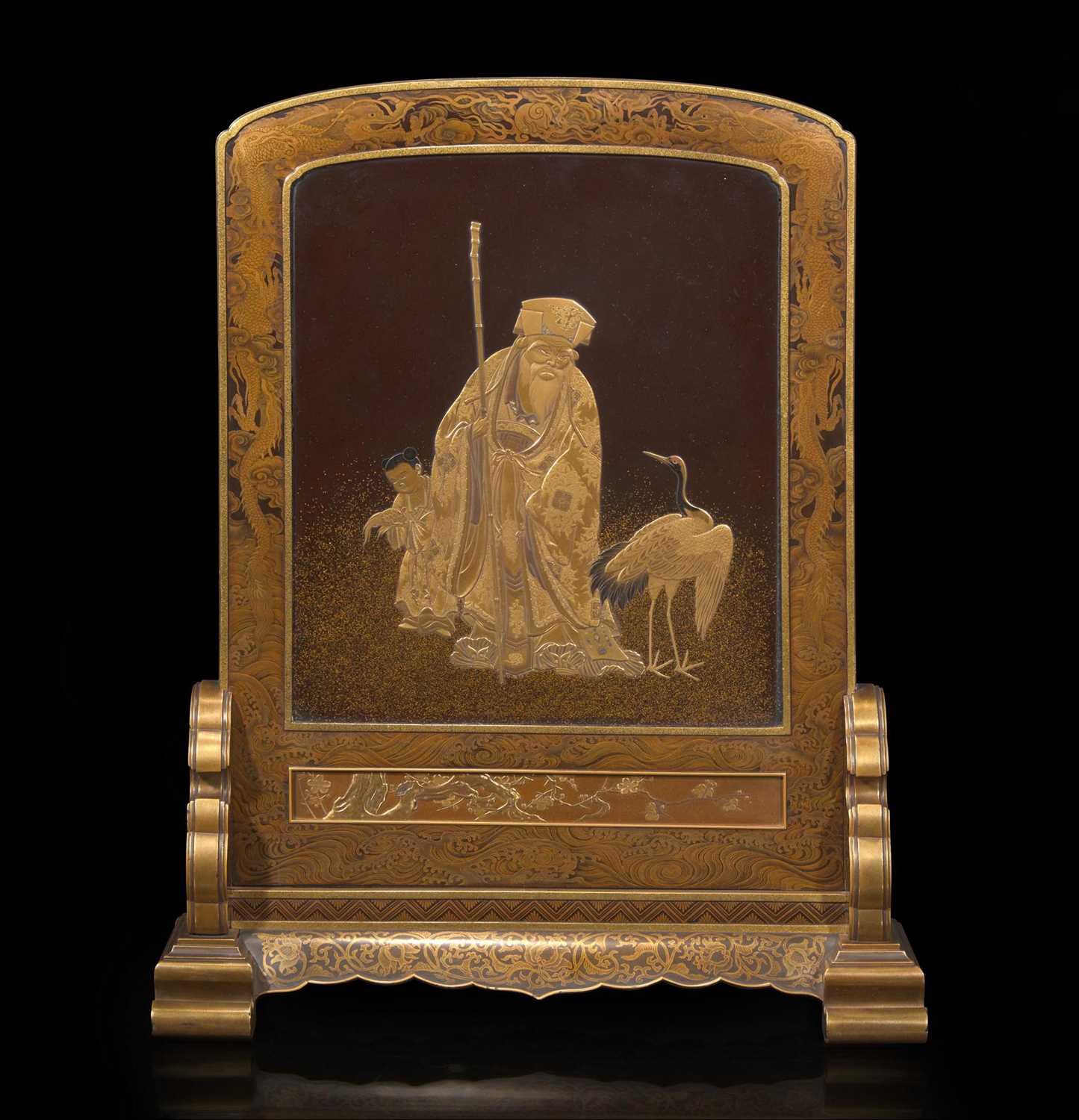 During the 19th and early 20th century Meiji period, as Japan “opened” to the West, the Japanese government actively supported and promoted traditional Japanese arts as a revenue source. To that end, Japan regularly participated in international expositions, exhibiting fine lacquer objects in addition to bronzes, cloisonné, and ceramics—all seen as important facets of Japanese applied arts, but also introducing new generations in the West to the incredibly refined and elaborate pieces still being produced in Japanese studios and workshops.

Today’s collector benefits from centuries of interest in and support for the creations of the Japanese lacquer artist. Given the unique blend of luxury and simplicity, and the wide array of form and decoration, Japanese lacquers offer a fertile field of constant discovery and delight.

View the rest of our Oct 18 Asian Arts auction.