An intimate archive of the master designer’s work

Vladimir Kagan, a towering figure within 20th-century design, left behind a rich archive—both of his own inimitable work, as well as the pieces he loved and lived with every day. Freeman’s upcoming auction brings these works to collectors for the first time.

Upon Vladimir Kagan’s death in 2016, the New York Times noted that so many people used the word sensual to describe the designer’s work, and the observation is not in error. Over a career spanning 70 years, Kagan reinvented his aesthetic again and again, but always came back to a playful use of line and curve that gave his furniture its biomorphic plasticity. Kagan’s name became synonymous with inventiveness and visual seduction, and Freeman’s is honored to pay tribute to this giant of American design with The Personal Collection of Vladimir Kagan, a dedicated single-owner sale on January 25, 2023.

The Personal Collection of Vladimir Kagan offers an unparalleled look into Kagan’s archive, his influences, and the creative ferment nurtured by those who surrounded him. In addition to examples of Kagan’s designs from every stage of his career, Freeman’s is pleased to include examples of embroidery by Erica Wilson, Kagan’s wife and a celebrated fiber artist in her own right; collaborative works Kagan created with his father Illi Kagan, himself a successful cabinetmaker in Europe and later the United States; and personal property from the Kagan family residence. 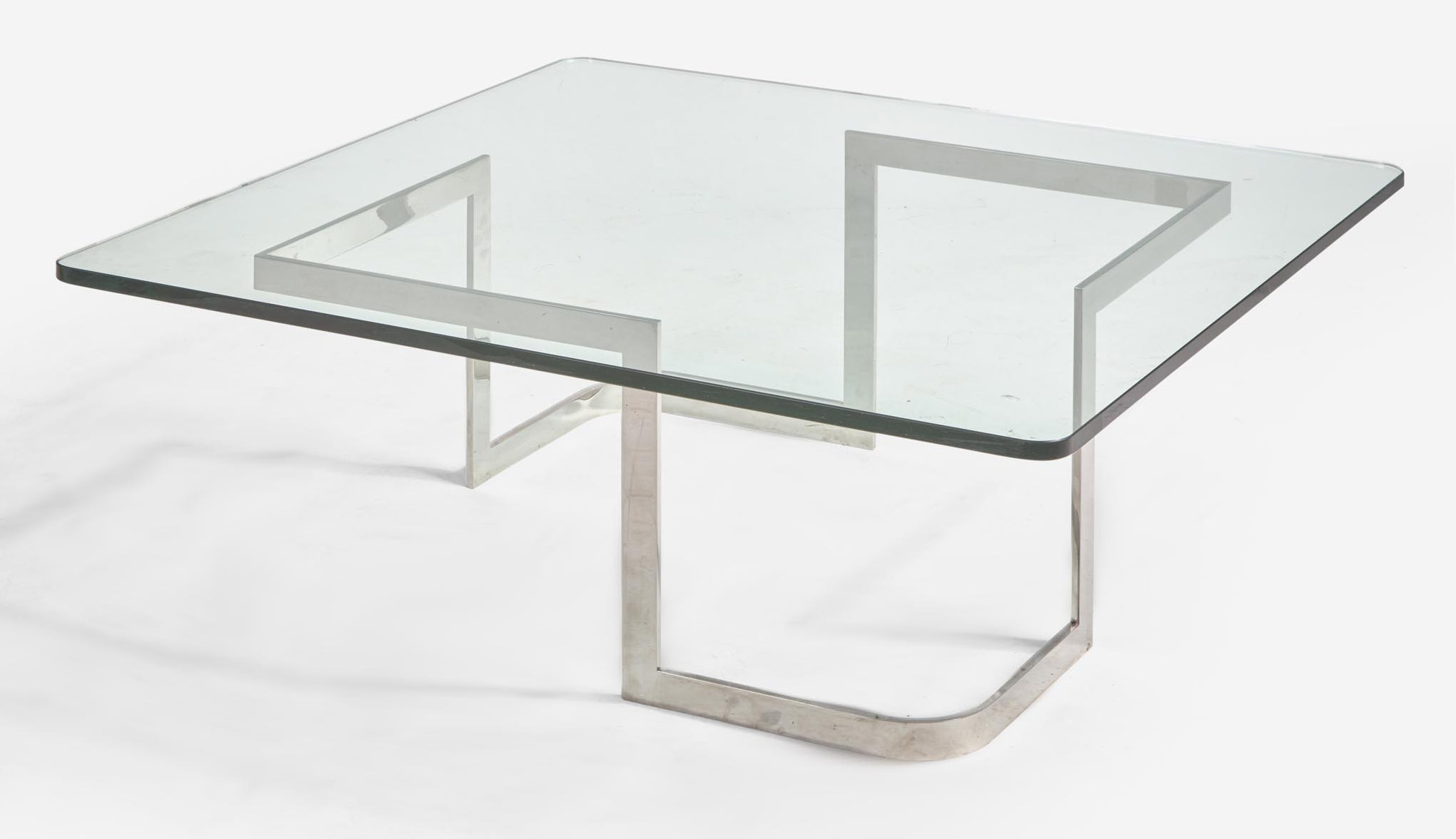 The center stage of the Kagan story is the Park Avenue apartment he and Wilson inhabited for nearly half a century. Featured in countless magazine spreads over the years, the Park Avenue apartment brought together Wilson’s family collection of English antiques, Kagan’s modernist furniture and lighting, and their shared collections of art, artifacts, and cherished mementos. The family art collection, including works by James Suzuki, Alexander Archipenko, and Charles Green Shaw, is a window into the couple’s artistic connections and inspirations. The Personal Collection of Vladimir Kagan reassembles key highlights from these spaces and explores the contextual relationships between diverse objects.

The central jewel of the Park Avenue apartment was the living room. Freeman’s will offer core property from the room, including its green Omnibus sofa (Lot 83), the Infinity coffee table (Lot 84), and a rare early tricolor ceiling lamp (Lot 37). The forthcoming sale is a rare opportunity to own not just the work of one of the 20th century’s most inventive designers, but those pieces closest to his heart and which he enjoyed in his everyday life.

“I envisioned that my mission as a furniture designer was to interpret my century, not simply to emulate the past,” Kagan wrote in 2004. The Personal Collection of Vladimir Kagan presents the full spectrum of Kagan’s output, illustrating how he responded to his century and continually brought a sense of newness and excitement to its appearance.

Freeman’s looks forward to giving the designer a fresh retrospective look and celebrating his long life of achievement.