An important socio-political canvas executed at the onset of WWII

An important socio-political canvas executed at the onset of WWII...

Update: Wake Up, America! by Rockwell Kent achieved $375,0000, soaring above its pre-sale high estimate and realizing the highest price paid for a socio-political work of this caliber by the artist in the December 6 American Art & Pennsylvania Impressionists auction.

On December 6, Freeman 's will have the privilege to present, for the first time at auction, Wake up, America!, an important socio-political canvas executed by Rockwell Kent at the onset of WWII in 1941. Conceived as a rallying cry to urge the United States to partake in the global conflict, the painting stands out as one of the artist 's boldest images—a visual plea against government 's neutrality, which still resonates, even today, within the agitated socio-political climate.

Rockwell Kent involved himself in politics early on in life, joining the Socialist Party of America in 1904, and casting his vote for the perennial presidential candidate, Eugene V. Debs the same year. The roots of the artist's democratic-socialist expression initially surfaced on the front pages of The New York Evening Call, where his drawings portrayed the challenges and espoused the rights of the laborer (1909); his images for The Patriots Progress or The Long Road (1917) exposed his anti-war heart; and his paintings and wood engraving of the severed heads of Nicola Sacco and Bartolomeo Vanzetti (1927) brought to light what many believed were the injustices within the American judicial system. From the 1930s on, Kent's commentary on these issues took center stage (some would say) over his accomplishment as a "fine-artist" and writer. 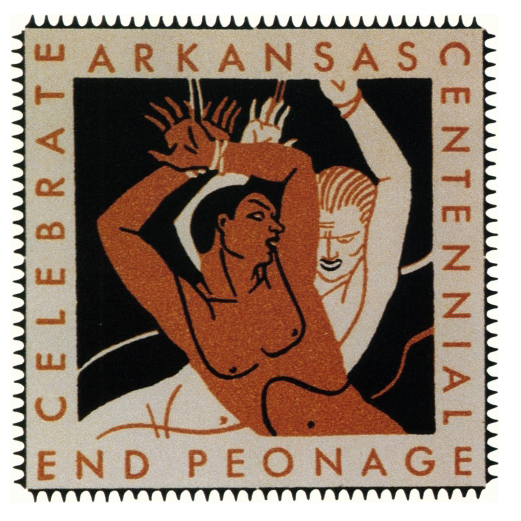 The Spirit of War 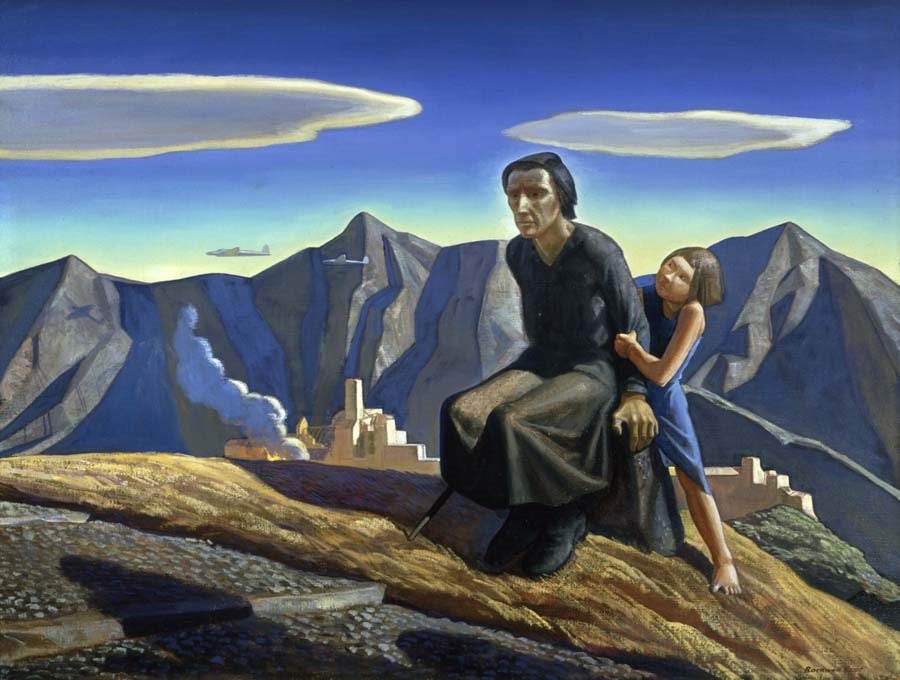 Wake Up! -also known as Wake Up, America!- belongs to a series of drawings, paintings, prints and posters that provide useful commentary on Kent's contemporary topicality. It is one of a handful of large, well-executed, socio-political canvases that includes Heavy, Heavy Hangs Over Thy Head (Baltimore Museum of Art) and Bombs Away (Columbus Museum of Art); and a statement on the artist's return to the fight against fascism, after the world failed to address its rising viperous head during the Spanish Civil War (a position that required the artist to temporarily relinquish his anti-war stance in an effort to defeat the evils of fascism).

The title was not new to American war propaganda art. One example is James Montgomery Flagg's 1917 poster, Wake Up, America!: Civilization Calls Every Man Woman and Child!, which, compositionally, is significantly tamer when compared to Kent's canvas as Flagg depicts America as a beautiful, reclined woman.

Kent's vision can be described as more radical.

In a ravaged landscape surrounded by flames stands an Amazon-like figure, which represents the Spirit of War. Armed with a rifle, she is the center of the composition. She is shown ready for battle, and encourages a lethargic citizen, America itself, to join her on the battlefield. In a 1994 letter to a one time owner of the painting, Kent's widow, Sally Kent Gorton, summarized the composition best when she wrote:

“That the recumbent male is indifferent to what is going on in the world, specifically the ever growing menace of Hitlerism: the bombing of London; the invasion of Czechoslovakia; etc. etc. etc. Norway. The USSR. To these invasions the armed female is responding with the cry: WAKE UP AMERICA! And, as you know, the United States entered the war in 1941. Roosevelt having finally capitulated on his determination that we should not participate.”

The artist's development of this painting was complex. It emerged from numerous pencil sketches (some in the Rare Book and Manuscript Library at Columbia University), and a small gouache and transparent watercolor study that finalized the layout of the composition. 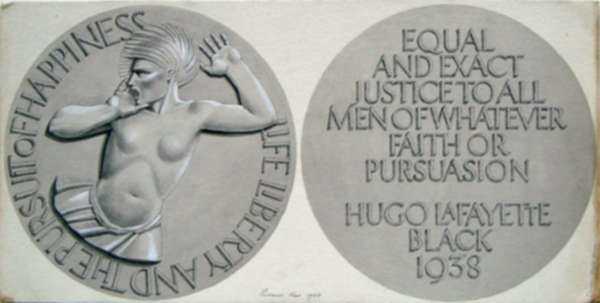 The upper torso of the Spirit of War appears to have its formalist origins in the Kent designed Hugo Lafayette Black medallion, "Life, Liberty and the Pursuit of Happiness" (1938). 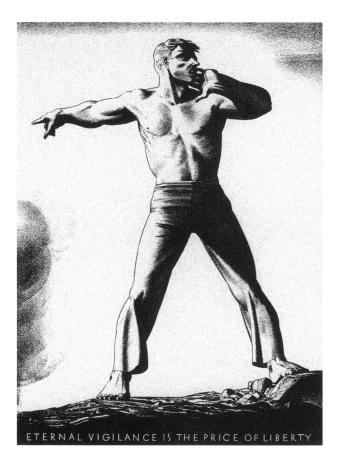 Rockwell Kent, Eternal Vigilance is the Price of Liberty, Lithograph, 10 ¼ x 13 15/16 in. Stanley Collection, Portland, Maine. From Rockwell Kent 1882-1971, a memorial portfolio by the National Council of American-Soviet Friendship

In content and in some respects form, this figure closely relates to Kent's "Winged Victory" and "Our Seamen, Give 'Em A Hand" poster studies, as well as his "Forest Fires Aid the Enemy: Volunteer to Fight Them" and "Eternal Vigilance is the Price of Liberty" poster and lithograph, respectively.

The painting first appeared in the exhibition, "Know and Defend America". In the catalogue that accompanied the exhibition Kent wrote: "This was painted six months ago. We've waked up now. We'll stay awake; not only to complete the job that has been forced upon us, but to take up with renewed energy the cultivation of our own garden for the realization, at long last, of the Life, Liberty and Happiness for everyone that can give meaning to our faith in democracy."

Both Royal Cortissoz, the noted art critic, and John O'Connor, Jr., assistant director of the Carnegie Institute, at the time, singled out the painting when they commented on the exhibition. In Cortissoz's critique he remarked: "... Landscapes predominate upon this occasion, but several figure pieces are on the walls. One of the best of the latter is the 'Wake Up'... in which the spirit of war, gun in hand, admonishes a lethargic citizen"; whereas O'Connor noted that "the latest painting in the exhibition is 'Wake Up' which... serve[s] as the theme of the show."