"Education, I feel, is of no value if it destroys the spirit and character of the child." -Wharton Esherick

Born in Philadelphia in 1887, Wharton Esherick is perhaps the greatest American furniture craftsman of the inter-wars period. He studied at both the University of the Arts (formerly the Philadelphia Museum School of Industrial Arts) and the Pennsylvania Academy of the Fine Arts. Over the course of his long life and career, Esherick created paintings, sculpture, furniture, woodcuts, and set designs of great imaginative scope. Spanning the Arts & Crafts movement, Cubism and German Expressionism, he helped to elevate woodworking to a fine art, imbuing his furniture with great sculptural quality and movement.

In 1924, Esherick created a prototype for a child's chair, now in the permanent Collection of the Wharton Esherick Museum, of which he would make six the following year. These chairs were made in lieu of tuition payment for his then nine-year-old daughter Mary, to accompany her to the newly minted progressive school for children in Croton, New York, known as the Hessian Hills School. In the fall of 1930 the School suffered a fire which took with it the chairs Esherick had delivered in 1925. Funded by insurance money, Esherick made fifteen replacement chairs in 1931. 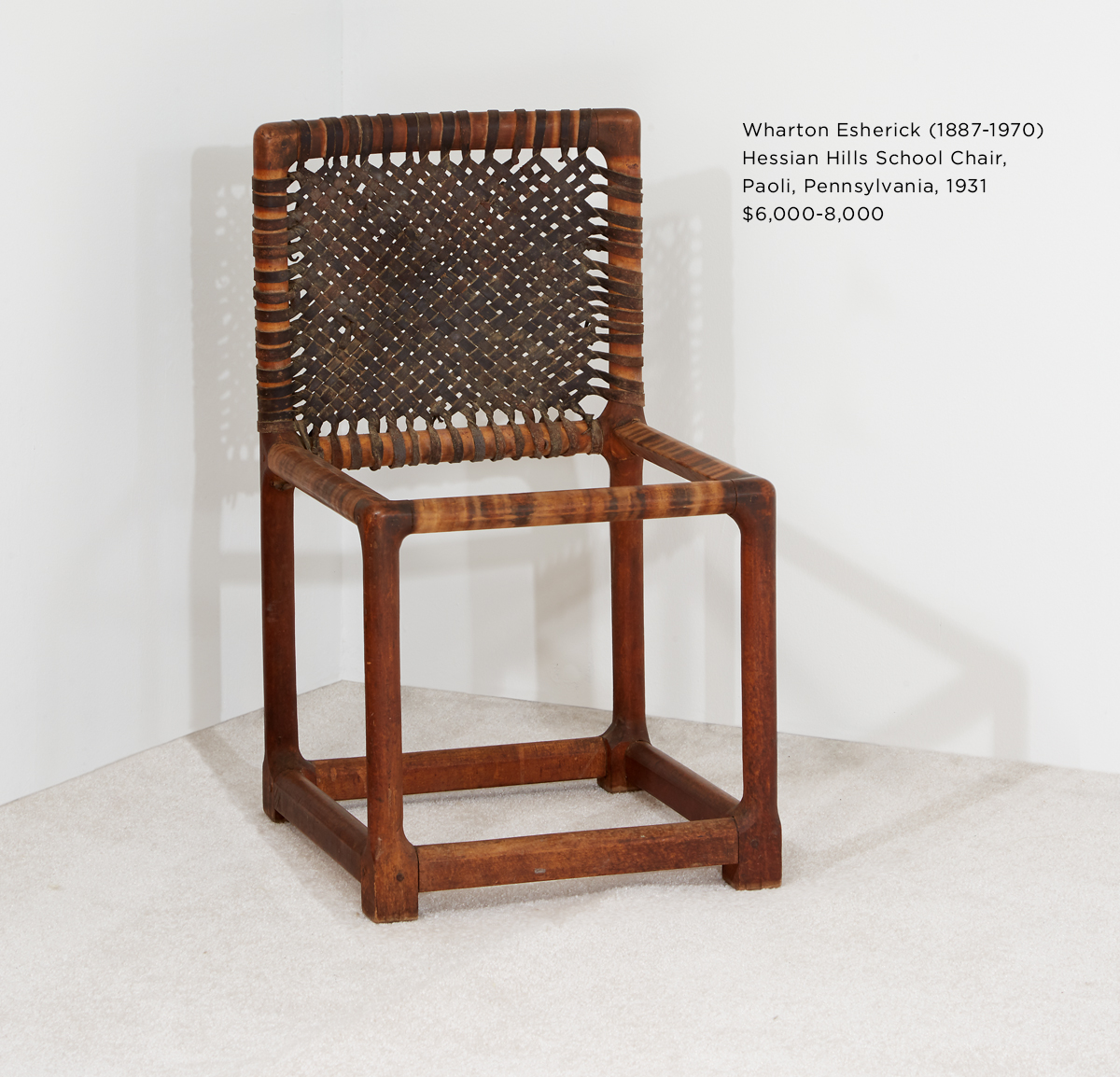 Around the time Esherick completed his chairs, William Lescaze and George Howe were selected to design a new school building. The outfitting of the classrooms with tubular chrome furniture may have led Esherick's chairs to find new homes or uses. Three of the Hessian Hills School chairs are known to be extant, including Lot 62 (estimate: $6,000-8,000)-to be offered Monday December 10 in Freeman's Design auction-and two others are in the permanent Collection of the Modernism Museum Mount Dora. Another example of the chair, made at the same time for Helene Koerting Fischer, is now in the Collection of Mansfield (Bob) Bascom.

This lot is accompanied by photocopies from Wharton Esherick's ledger book reflecting the order for these chairs.

View more from the Design sale.