Who Was The Master of the Embroidered Foliage?

Discover how this anonymous painter came by their name with Associate Specialist Raphaël Chatroux.

The Master of the Embroidered Foliage is one of several anonymous painters with a name, a tradition dating back to the late 18th century, when European scholars invented a system of conventional names to identify unknown artists.

Each conventional name is composed of the term "Master" followed by a characteristic that can be observed in several works by the artist, such as a year repeatedly inscribed on the artwork, a monogram, or the way the artist depicted a place, a figure or a special motif. Historically speaking, anonymous painters have always been considered minor masters. To really understand the art of the small masters, it is necessary to embrace the idea of large-scale production directed by craftsmen who were able to reproduce a large number of models via mechanical processes (such as calks and stencils), rather than artists.

From the middle of the 15th century to the middle of the 16th century, the art of copying became an unavoidable phenomenon in the southern part of the Netherlands. Local artists produced paintings for the nearby religious brotherhoods, corporations, and private collectors. Altarpieces, domestic altars, and simple images of devotion started to invade churches and homes. In order to meet the high demands, artists were forced to simplify their techniques, ultimately resulting in an aesthetic impoverishment. To compensate for it, artists such as the Master of the Embroidered Foliage developed art capable of distinguishing themselves: both narrative and decorative. 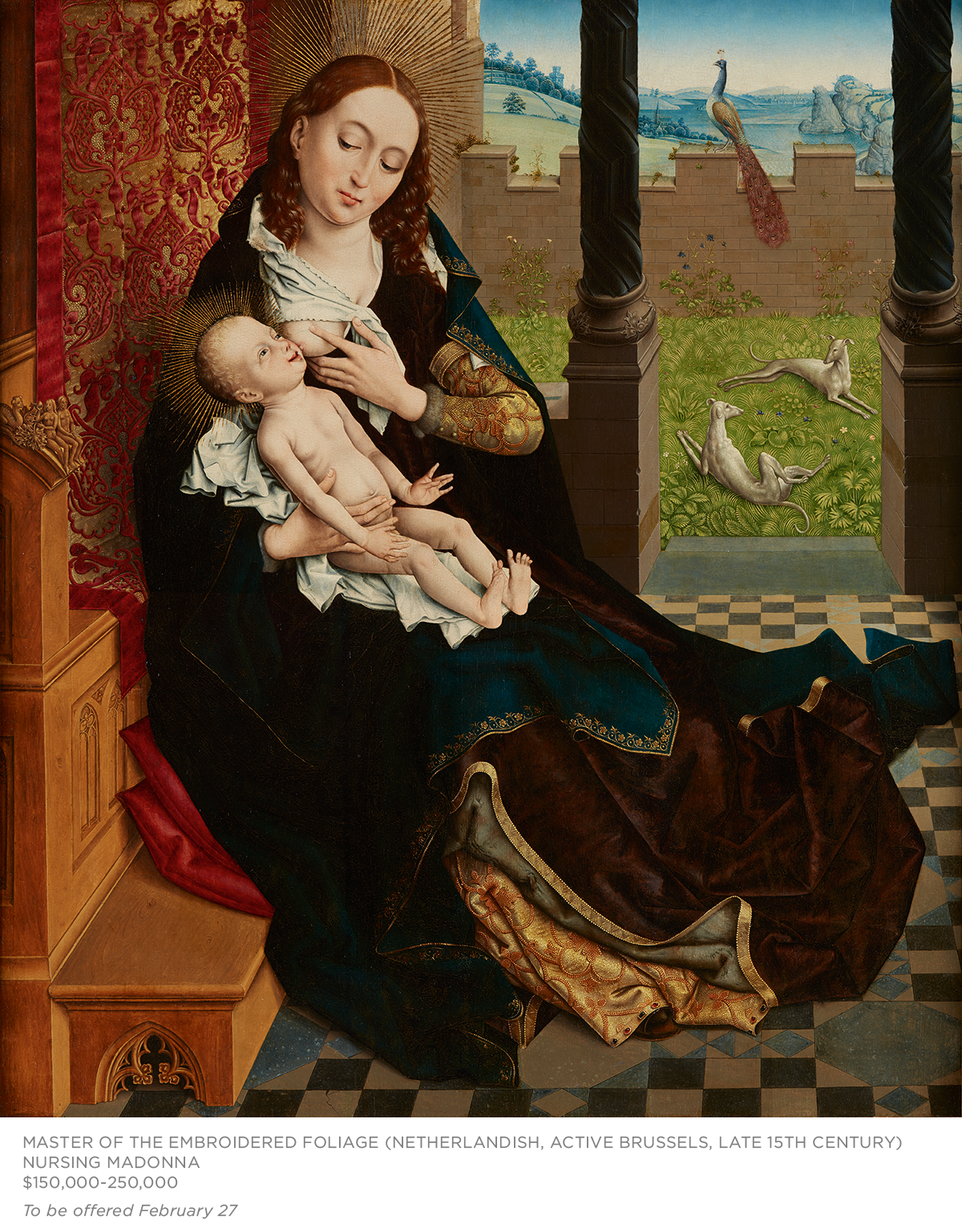 Today, the Master of the Embroidered Foliage is no longer considered a single artist or a unique workshop. According to Florence Gombert, former curator at the Palais des Beaux Arts de Lille and now curator at the Musée du Louvre, the Master's works were not created by a single artist, but probably painted by different artists, from various workshops in the Flanders region, who referred to a common source. To Gombert, it is preferable to speak of a "group" of the Embroidered Foliage instead of a Master, as it is impossible to capture the personality of only one artist among the dozen works which Friedländer attributed to the "Master."

In 2005, the Palais des Beaux-Arts de Lille devoted an entire exhibition to the Group of the Embroidered Foliage. At the time, it was the only show exclusively dedicated to an anonymous Flemish Master of the late 15th century. Since then, it has been made clear that the Group of the Embroidered Foliage was not the small, "systematic, and repetitive" master which Friedländer first described in 1926. The present painting reveals a remarkable composition with a pre-naturalistic sensibility, especially in the careful rendering of the background landscape and its miniaturist details: a symbolic testament to urban Europe in the 15th century.

Learn more about Nursing Madonna by The Master of the Embroidered Foliage, coming up in Freeman's February 27 sale, European Art & old Masters: 500 Years.