Who Were the Philadelphia Ten?

Meet the group of pioneering painters and sculptors who exhibited together from 1917 to 1945—and whose work is offered in Freeman’s December 4 auction.

The greater Philadelphia area has long been a hotbed of collective artistic activity—from the founding of the New Hope colony of Pennsylvania Impressionists in the early 20th century to the flourishing of small, artist-run collective spaces throughout Philadelphia today. One particularly groundbreaking group came to be known as the Philadelphia Ten, founded in 1917 as an all-women’s group of artists within a male-dominated field.

The group’s founding ten members were all painters, but gradually the Philadelphia Ten came to consist of thirty artists, both painters and sculptors. The group came into being more than a century ago when it held a nearly 250-work exhibition at the now-defunct Art Club of Philadelphia on Broad and Locust, an esteemed exhibition space that put the painters’ eminent talent on full display. 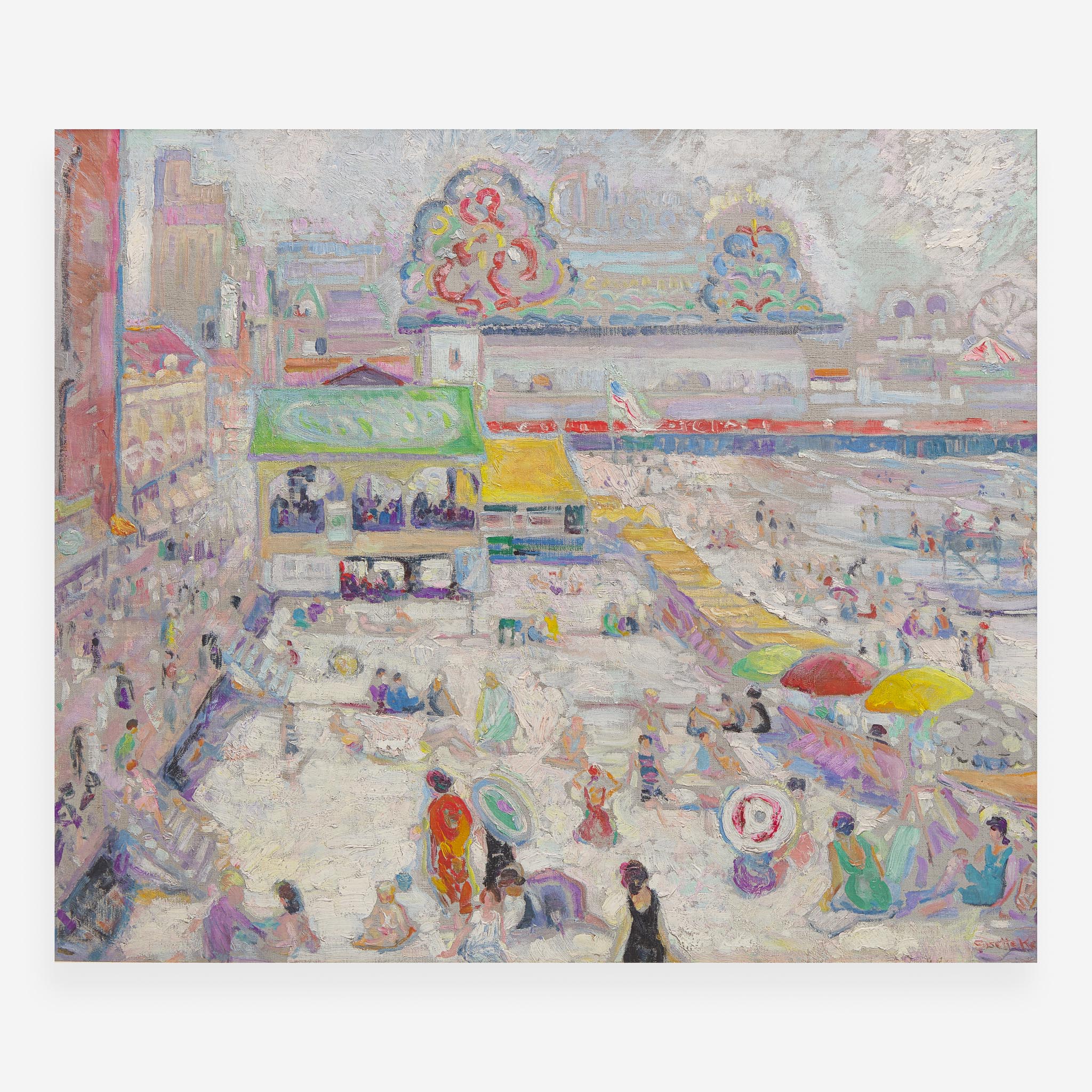 Against the modernism of the day, the group primarily exhibited more traditional still life and portrait scenes, as well as Impressionist landscapes. This focus—as well as the frequency with which the group exhibited between 1917 and 1945—earned them critical acclaim as well as a steady livelihood at a moment in history when women were by and large expected to be homemakers and eschew professional development. Most of the group’s founding members studied at what is now Moore College of Art and Design, America’s first and only visual arts college for women, a trailblazing institution designed to set up young women for artistic fulfillment and success.

Many of the group’s members not only made a significant impression within the Philadelphia Ten, but went on to join other artistic movements and collectives as well. Perhaps the member who achieved the most success outside of the Ten was Fern Coppedge, most closely associated with the New Hope School of Pennsylvania Impressionists. Freeman’s December 4 auction, American Art and Pennsylvania Impressionists Featuring the Collection of Charles and Virginia Bowden, features Coppedge’s Harbor After Glow (Lot 83). Her well-known, quintessential Bucks County scenes—particularly winter landscapes—are the product of her year-round en plein air practice, and continue to command strong prices to this day.

Mary Elizabeth Price, another member of the Philadelphia Ten, studied at the Pennsylvania Academy of the Fine Arts—another common group alma mater—under famed Pennsylvania Impressionist painter Daniel Garber. Though Price arrived in New Hope in the late 1920s, later than the original colony members, she was deeply influenced by the rich legacy of Pennsylvania Impressionism in the region. Many of Price’s canvases featured the view of the Delaware River from her home; Cheerful Barge 269, executed circa 1929 and sold at Freeman’s in 2021, was exhibited in the Twelfth Annual Exhibition of the Philadelphia Ten in 1931, and was called “the best of all [Price’s] offerings…a creation embodying much that is admirable” in the Philadelphia Inquirer. Her Hollyhock and Delphinium Screen (Lot 98), a sumptuous, gilded floral work, is on offer in American Art and Pennsylvania Impressionists. 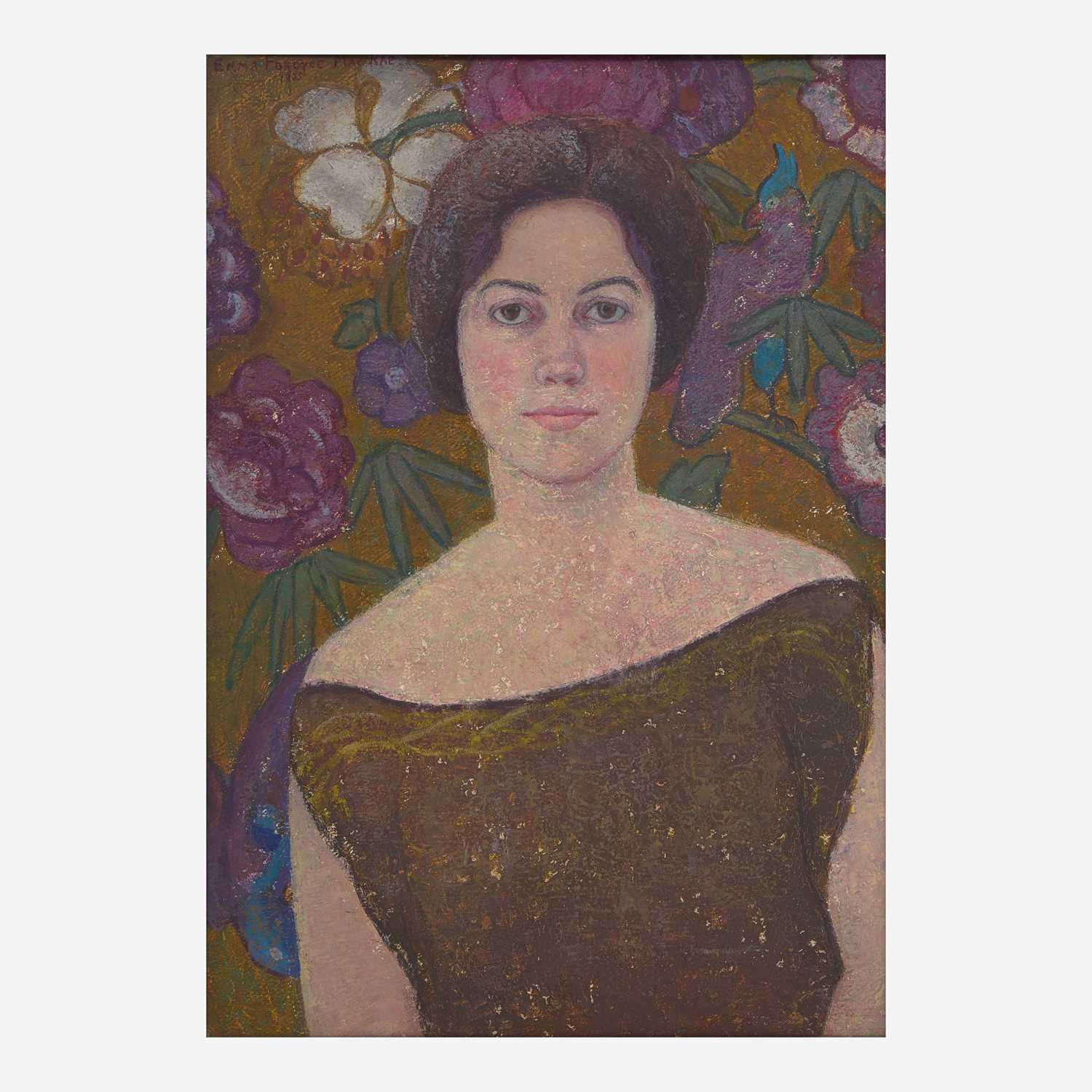 
Though the Philadelphia Ten was a women’s group, it was founded in many ways to challenge the presence of “women’s art” as a separate category. With tenacity, talent, and persistence, the thirty artists that came to make up the Philadelphia Ten brought fresh perspectives and crafted lasting legacies, from their first exhibition at the Art Club of Philadelphia to their last, in 1945, at Chestnut Hill’s Woodmere Art Museum. Freeman’s December 4 auction offers collecting opportunities for many of the group’s members in a single sale, an excellent opportunity for connoisseurs of 20th-century painting.

View the rest of our December 4
American Art and Pennsylvania Impressionists
Featuring the Collection of Charles and Virginia Bowden auction.

Have something similar?
Get in touch with our American Art department
to request a complimentary auction estimate.