An etching from the artist's 'Sleeper Series'

An etching from William Kentridge's Sleeper Series comes to our Modern & Contemporary Art auction on May 11.

to be offered May 11 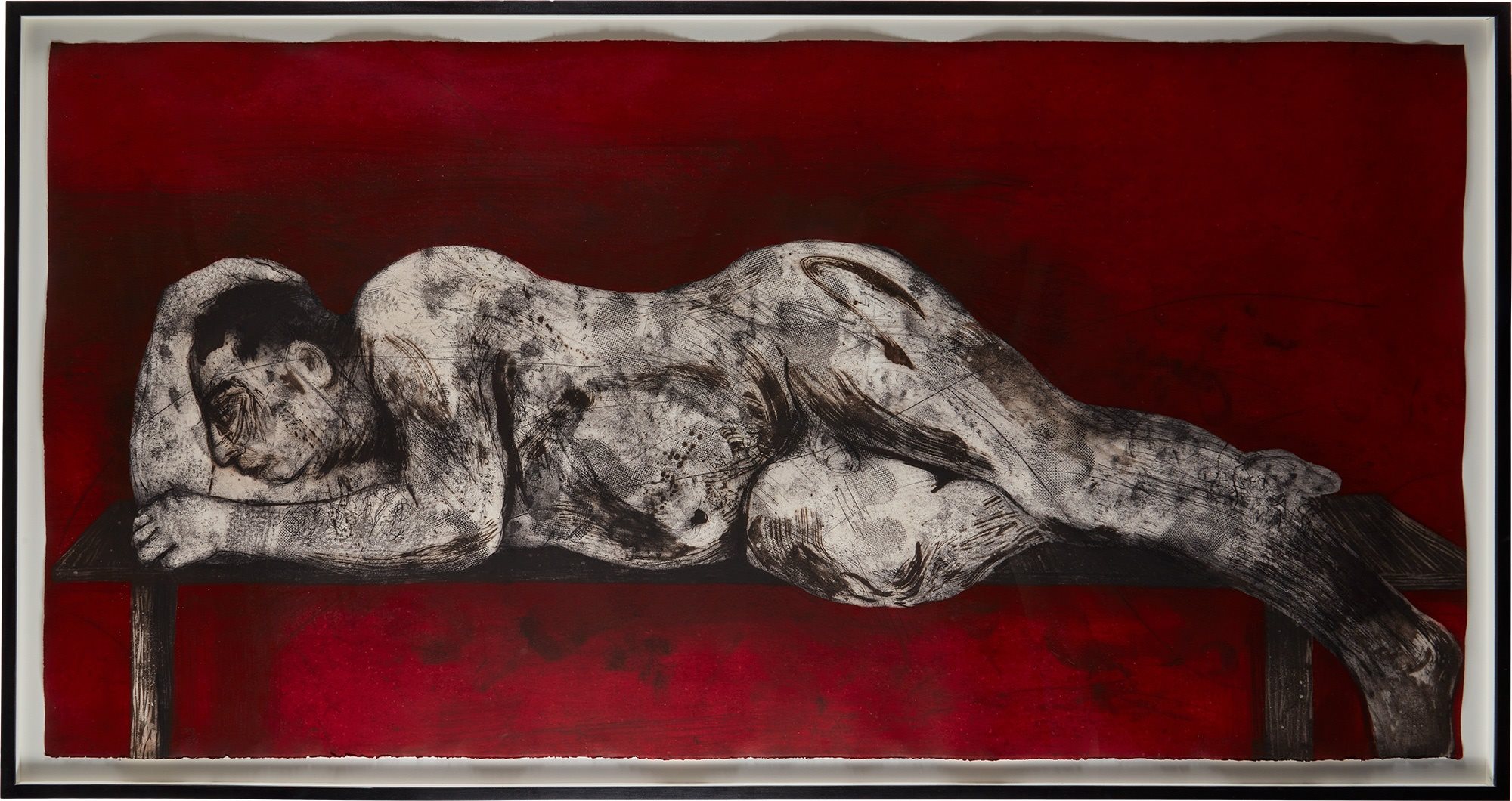 Born in 1955 in Johannesburg, William Kentridge was raised by parents who were both lawyers supporting black South African defendants, persecuted and marginalized by the apartheid regime. Still steeped in this socio–political reality, Kentridge uses his drawing, printmaking, theater production, and filmmaking as a means of exploring the complexity of emotion, morality, and consequences around the struggles during and after apartheid. The artist often employs his own physical form to embody the complicity and denial of white South Africans in the face of the atrocities and injustice around them.

For the 100th anniversary of Alfred Jarry’s play Ubu Roi, Kentridge was invited to participate in an exhibition to reflect on the impact of the avant–garde and, by all accounts, revolutionary satire. Picking up on the themes of corruption, greed, and authoritarianism in Ubu Roi, the artist created a series of drawings, a portfolio of etchings Ubu Tells the Truth, a film Ubu and the Truth Commission, and finally a series of prints Sleeper Series of which Sleeper Red is one.

Kentridge animated his drawings in the film by his typical process of drawing, erasing, and redrawing to create the effect of movement and narrative, but here for the first time, included documentary footage, original testimony from witnesses to the post–apartheid Truth and Reconciliation Commission, as well as moving puppets and still photographs. The multi–media nature of the film allowed for its deep exploration of the theme of white South Africans’ desire to ignore, forget, or shield themselves from the reality of the abuses of black people and the surrounding landscape, in an explicit way. Kentridge uses sleep as a metaphor for the privileged behavior of looking inward, focusing on the intimate details of one’s own private life, rather than on national issues, as a “blissful ignorance.”

In Sleeper Red, Kentridge uses his own body to stand for the spiral–bellied king in Ubu Roi, as well as for the white male South African who benefits from the anti–democratic system, and is complicit in the suffering of black citizens in his failure to take a moral stand or effect any change. The powerful image of the stark white body floating against a blood red background, with its curvy, undulating lines, fosters a dream–like realm of the artist’s making, all the while foretelling the consequences of being awoken to harsh truths hitherto denied.

More About the Department