Your Guide to Mochaware Ceramics

How these iconic designs became highly sought after

From humble origins in 18th-century England, mochaware's many forms and contemporary appeal 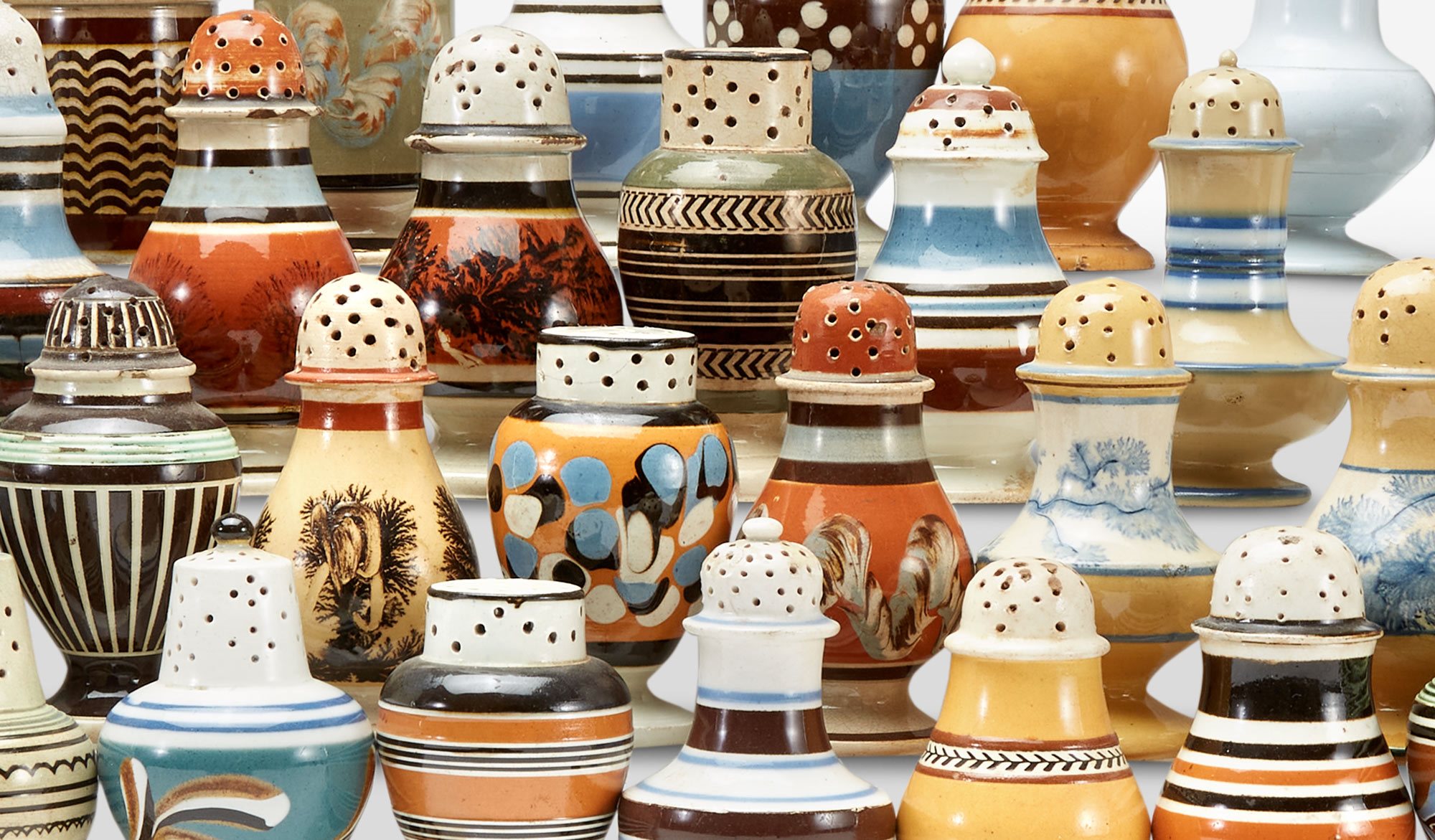 The word “mocha” conjures some obvious contemporary associations, including your pick-me-up coffee shop order, but the term has roots in the long history of ceramics as well. “Mocha” refers to a type of slip-decorated earthenware—or pearlware—originating in late-eighteenth-century England and eventually spreading across the Atlantic to early America.

“Mochaware” has become a trade term used to classify these ceramics, originally an inexpensive type of ware used by the middle class. In today’s market, mochaware is highly sought after for both its wide variety of surface patterns and its surprisingly modern design appeal. The terms used for describing surface decoration in colored slip include “cat’s eye,” “earthworm,” “marble,” “agate,” and “seaweed,” among others. These patterns—rendered on opaque backgrounds of mustard yellow, vivid white, or cornflower blue—appear twentieth-century in their inspiration. 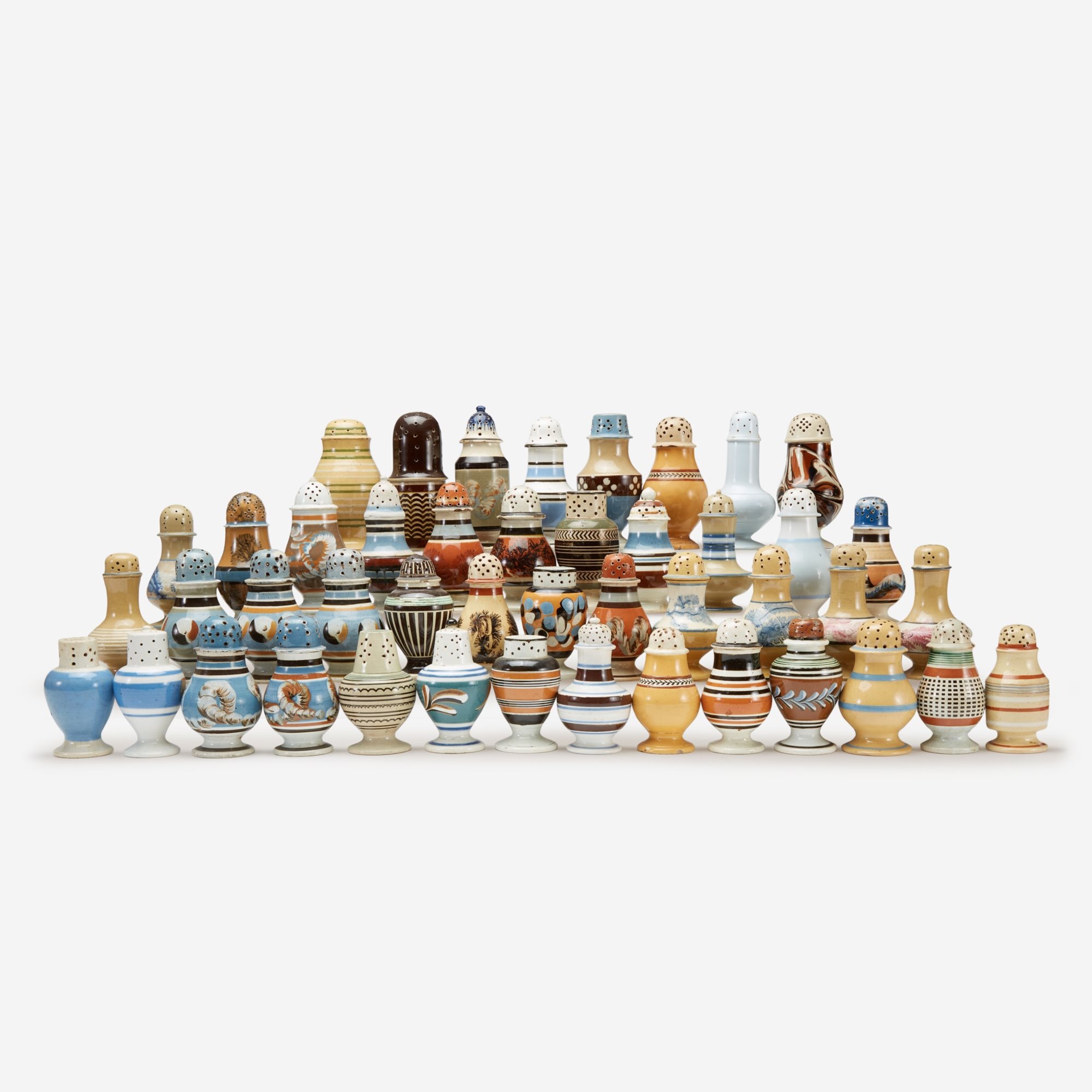 On offer May 3 | A large collection of mocha, engine-turned, and slip-decorated earthenware, pearlware, and yellowware pepper pots | $3,000-5,000

Though mochaware ceramics were considered workaday, utilitarian pieces in eighteenth-century England, they’re now highly coveted by today’s collectors for their eye-catching designs, geometric lines, and simple forms. Aside from the basic surface patterns listed above, mochaware decoration includes both carved and inlaid methods. “Engine-turned” pieces refer to the three-dimensional effects generated by turning an earthenware piece on a lathe in a similar method to turned wood items, creating patterns like zig-zags and precise repeated lines. Similarly, “checkered” designs can be found on wares in which slips of varying colors are applied to recessed areas, or through the sgraffito technique of cutting slip away to reveal the clay body.

Freeman’s May 3 American Furniture, Folk and Decorative Arts auction features a large collection of mocha, engine-turned, and slip-decorated earthenware, pearlware, and yellowware pepper pots. These pepper pots—forty-five in total—exemplify the broad range of colors, styles, and forms mochaware can take, from swaths of bright blue slip to intricately patterned checks and stripes.

Though the collection dates back to the late eighteenth century, the whimsical pepper pots appear remarkably contemporary; it’s no wonder that today’s design enthusiasts harbor a deep appreciation for mochaware as a progenitor of modern and contemporary tablewares.